The right choice of a syringe

The auto-disable (AD) syringes UNICEF will deliver to support COVID-19 vaccination have an additional mission: to help prevent the transmission of other infectious diseases.

UNICEF is working to buy 1 billion syringes by the end of 2021 for COVID-19 vaccination efforts in countries participating in the COVAX Facility.  Although the vaccines secured by the Facility may vary in their formulation and storage requirements, the syringes will all be of the auto-disable (AD) type, approved by the World Health Organization.

AD syringes are recommended for immunization programmes because they are designed to prevent re-use by locking automatically after a single use. They are the best way of ensuring that people receive their shots safely, without a risk of contracting an infection due to contaminated needles. The AD syringes bought for this immense operation are similar to those routinely procured and delivered by UNICEF for the vaccination of children worldwide.

Until a few decades ago, children were vaccinated using reusable syringes, which exposed them to the risk of transmission of bloodborne diseases like Hepatitis B and HIV. “Sometimes, these used syringes were resold and reused, and we have encountered instances of children using them as toys”, tells Robin Nandy, UNICEF Chief of Immunization.

The situation started to improve in 1999, when UNICEF, the World Health Organization and the United Nations Population Fund (UNFPA) jointly called for the improvement in injection safety standards. In a statement, the organizations noted that AD syringes were already available and affordable and declared that they should be the device of choice for administering vaccines in both routine services and during mass campaigns.

Since then, several initiatives have driven progress in injection safety for immunization. An example of collective advocacy was taken by the Measles and Rubella Initiative (M&RI), launched in 2001 and led by the American Red Cross, the United Nations Foundation, the U.S. Centers for Disease Control and Prevention, UNICEF and the World Health Organization. The partnership required that safe injection equipment, including AD syringes, were used as part of the support they provided countries to carry out vaccination campaigns.

In 2011, the global immunization community, which includes the M&RI and GAVI, the Vaccine Alliance, said that infections resulting from the re-use of syringes for immunizations had been reduced to practically zero in sub-Saharan Africa.

With the support of major donors, UNICEF has been playing a key role in the global effort for safe injection. The number of AD syringes UNICEF procured grew from 11 million in 1997 to around 600-800 million per year. UNICEF is also the world’s largest buyer of AD syringes, procuring 40% of the global market. This growth has been accompanied by a significant price drop. Three decades ago, UNICEF paid US$ 0.12 per unit of an AD syringe. The price has since fallen to US$ 0.03 per unit.

“All these developments have been the result of a global programmatic decision to use AD syringes for immunization supported by a variety of stakeholders”, says Robert Matthews, head of the Medical Devices Unit in UNICEF Supply Division. He explains that a number of elements, including funding from donors like Gavi and M&RI, have helped influence and shift the market away from traditional disposable reusable syringes towards the use of AD syringes for immunization.

Through COVAX, UNICEF is keeping its commitment to safe injection by exclusively buying AD syringes for the COVID-19 vaccination. “With safe injection equipment we strive to guarantee that the good intention embodied in the vaccine does not do harm”, says Robert.

Three things you may not know about syringes

Robert Matthews, head of the Medical Devices Unit in UNICEF Supply Division, tells about three things you may not know about syringes. 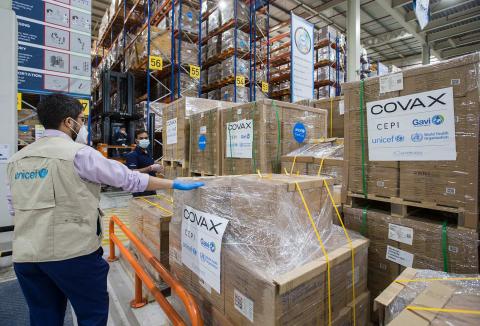 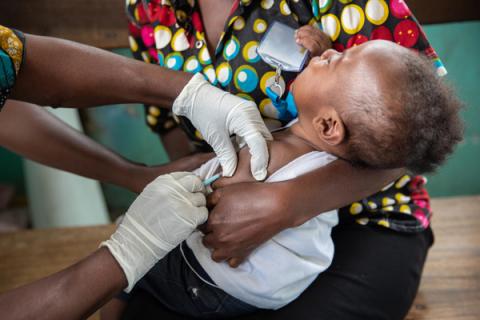 Transporting 1 billion syringes to the world

2021 is shaping up to be another unprecedented year, writes the head of the Medical Devices Unit in UNICEF Supply Division, Robert Matthews. 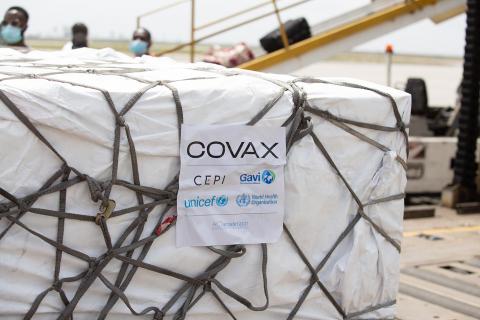 UNICEF is working to procure and deliver COVID-19 vaccines so the most vulnerable people are protected. 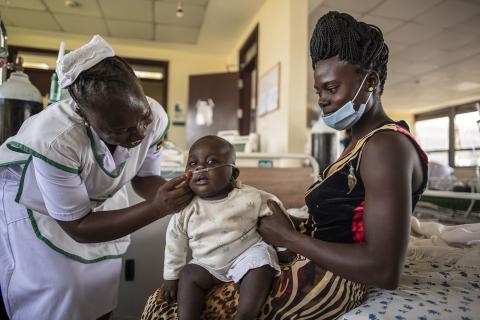 The Oxygen Plant-in-a-Box saves the lives of children

This World Pneumonia Day, UNICEF celebrates the impact of investing in over 100 Plant-in-a-Box solutions, an effort launched during the COVi-19 pandemic.