2019: Final year of a deadly decade for children

Grave violations against children are continuing on a shocking scale.

Killing. Maiming. Abduction. Sexual violence. Recruitment into armed groups. As children across the world enter a new decade, they are leaving behind one that cost millions of them their childhoods, their dreams, even their lives.

Since the start of the decade, the United Nations has verified more than 170,000 grave violations against children in conflict. That’s the equivalent of more than 45 violations every single day.

Armed conflicts are devastating for everyone, but they are particularly brutal for children. From Afghanistan, to Syria, to Yemen and elsewhere, the past 12 months looked little different than the year before for millions of children forced to suffer through the devastating impact of violence:

Violence, displacement and harsh conditions in northern and eastern Syria killed at least 32 children in the first month of the year. After more than eight years of conflict, the situation in Syria remains one of the gravest crises of our time – and children are paying the heaviest price.

Ebola is terrifying for adults – but even more so for children. Not only can they be infected themselves, but children exposed to Ebola witness death and suffering first hand. They lose parents, caretakers and loved ones, or may have to spend weeks in isolation if they have had contact with someone infected with the virus.

The humanitarian crisis in central Mali continued to worsen in 2019. An attack by an armed group in March on the tiny village of Ogossagou, in the Mopti region of central Mali, claimed the lives of more than 150 people, and was unprecedented in terms of the number of children killed.

Meanwhile, the use of improvised explosive devices, the proliferation of small weapons, and banditry, combined with increasing attacks against civilians and grave violations of children's rights, have led to a growing number of internal displacements.

Fourteen children were killed and 16 critically injured in a blast in Sana’a, Yemen’s largest city, in early April. The incident occurred near two schools, just before lunch time, when students were in class. A blast shattered the windows and unleashed shrapnel and glass into the classrooms.

Yemen is the largest humanitarian crisis in the world and the situation has been devastating for children. Years of conflict, underdevelopment and poverty have deprived millions of children in Yemen the right to an education, leaving them vulnerable – and robbing them of a chance for a brighter future.

In May, UNICEF called on governments to repatriate children who are their nationals or born to their nationals and who were stranded in camps and detention centres in northeast Syria.

In Iraq, Syria and elsewhere, thousands of children of foreign fighters are languishing in camps, detention centres or orphanages. These children are among the world’s most vulnerable, living in appalling conditions and facing constant threats to their well-being.

Also in May, there were reports of children killed and injured in an escalation of violence in Rakhine State in Myanmar.

UNICEF condemned the use of children as human bombs and in any combat or non-combat roles in the conflict in northeast Nigeria, after reports that three children were used to detonate explosives that killed 30 people and injured dozens more at a community football viewing centre in Konduga, Borno State.

Since 2012, non-state armed groups in northeast Nigeria have recruited and used children as combatants and non-combatants, raped and forced girls to marry, and committed other grave violations against children. Some of the girls become pregnant in captivity and give birth without any medical care or attention.

The month began with a deadly blast that injured scores of children in a rush hour attack in the Afghan capital Kabul.

Later that month, 32 children were released from armed opposition groups in northern South Sudan, although thousands of children are still estimated to be used by armed forces and armed groups in the country. Even when children manage to escape their captors or are released, they still have to contend with finding food and shelter – and their loved ones.

Dozens of people were reportedly killed during a single mid-August weekend in northwestern Syria. After more than eight years of conflict, grave violations of children's rights and violations of international humanitarian law continue. Children are being killed and injured by the persistent use of explosive weapons in civilian areas, the destruction of health and educational facilities and the recruitment of children.

Around two million children are out of school in Yemen, including almost half a million who dropped out since the conflict escalated in March 2015, UNICEF noted as the new school year began in September.

An escalation of violence in northeast Syria in early October killed five children and displaced tens of thousands more.

The hostilities damaged or caused the closure of critical basic services including schools, and health and water facilities. Many of those displaced, especially children, are also in desperate need of psychological support after witnessing shelling, fighting and explosions in their home communities.

Three years of violence and instability in the northwest and southwest regions of Cameroon have left more than 855,000 children out of school, UNICEF warned in November.

The humanitarian crisis in the country has expanded from four regions in 2017 to eight in 2019. Villages, schools and health facilities are under attack, leaving thousands of children in the area living in fear.

In eastern Ukraine, where nearly half a million children are affected by the conflict, 36 attacks on schools were reported this year. In early December, five children were killed when gunmen opened fire inside a place of worship in Burkina Faso.

In mid-December, UNICEF announced in a Child Alert that an average of nine children were killed or maimed every day in Afghanistan in the first nine months of 2019.

“Even by Afghanistan’s grim standards, 2019 has been particularly deadly for children,” said Henrietta Fore.

Children have become frontline targets, resulting in death, serious injury and lasting trauma. Humanitarian emergencies also deprive children of health, nutrition, water and sanitation, education and other basic needs. UNICEF has launched its largest-ever emergency funding appeal to reach historic numbers of children in need, including those impacted by violence. 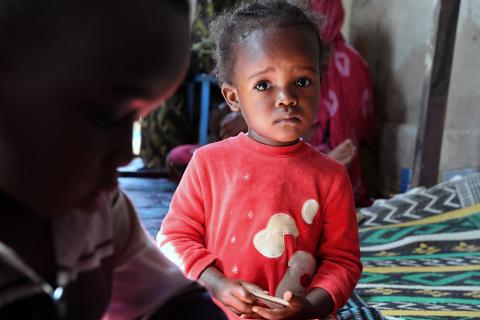 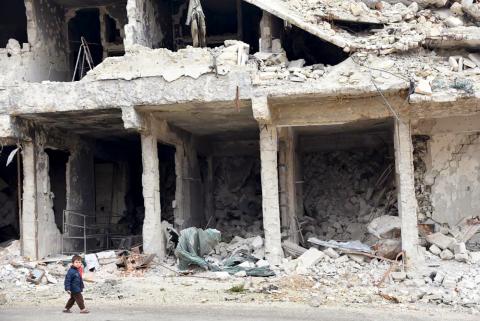 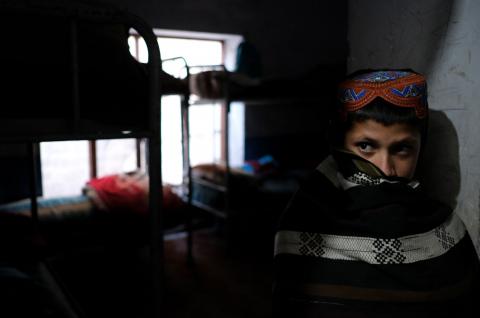