Accelerating progress and opportunities for everyone

Every child deserves to reach her or his full potential, but gender inequalities in their lives and in the lives of those who care for them hinder this reality.

Girls and boys see gender inequality in their homes and communities every day – in textbooks, in the media and among the men and women who provide their care and support.

Unequal responsibility for work in the home socializes children into thinking that these duties are women’s only roles, thereby curtailing generational change and narrowing girls’ ambitions.

" We need to change attitudes towards it. We need to set our girls free. "

- Ali Mohamed Abdi speaks against the practice of female genital mutilation, Somalia. None of his six daughters has undergone the practice, and he says neither they nor his granddaughters will.

Boys and girls who witness gender-based violence in their homes are more likely to replicate violent relationships as adults, either as perpetrator or victim.

Outside the home, community health workers – predominantly women – are often low-skilled and voluntary or underpaid, with limited opportunity for professional growth to care for the vulnerable children and families they serve.

Yet, in early childhood gender disparities between girls and boys often start out relatively small. Girls have higher survival rates at birth, are more likely to be developmentally on track, and just as likely to participate in preschool.

But, as girls and boys age, gender barriers expand.

Chores, caring for siblings, and safety issues keep girls out of school, while expectations of earning money force boys to dropout. By the time children reach age 10, boys’ worlds often expand while girls’ worlds contract, resulting in negative consequences that can last a lifetime. 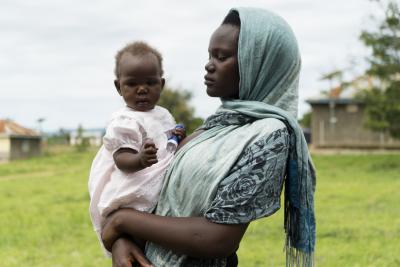 Every year, 12 million girls are married before their 18th birthday. Globally, 1 in 5 girls becomes a mother before that age. 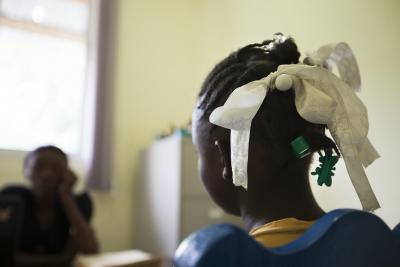 Nearly 7,000 adolescent girls aged 15 to 24 are infected with HIV every week. 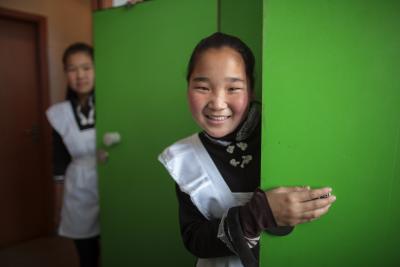 98 million girls who should be in secondary school are not.

Menstruation remains taboo, and without information, facilities and products to manage it, the health, welfare and educational prospects for millions of adolescent girls around the world are hindered.

Adolescent girls also have an increased risk of gender-based violence – including sexual harassment – in times of both peace and conflict.

UNICEF is accelerating gender equality by addressing the gender-specific discrimination and disadvantages.

UNICEF harnesses the full force of our global presence and partners to help further gender equality.The Gender Action Plan is our road map to help level the playing field.

Gender equality is integrated into all areas of UNICEF’s work.

We increase quality maternal care, and the professionalization of the mostly female front-line community health workers. We recognize and empower the role of women in the design and delivery of water, sanitation and hygiene ecosystems.

In schools and communities across the globe, we promote strategies to prevent violence and discrimination against girls, boys and women. We work with adolescent girls and boys to thrive in their learning and pathways to meaningful employment.

" The good thing here is that I see a lot of girls coming to class, compared to boys. Parents don’t differentiate between boys and girls. "

- Sadiq, a teacher in Daykundi province in Afghanistan.

We are empowering adolescent girls to become catalysts for meaningful and lasting change, and tackling the most pressing interconnected issues they face.

UNICEF supports the most marginalized girls – including those in conflict and crises or those with disabilities - to complete secondary education. Our targeted initiatives, such as those to end school-related gender-based violence and those that provide adolescent girls with the ability to safely manage their monthly menstrual cycle help make it happen.

We empower adolescent girls at risk of child marriage, or who are already married, by providing them with information and fundamental life skills while helping them build support networks and remain in school.

Parents and community members are often primary decision-makers on child marriage, female genital mutilation (FGM) and girls’ access to social networks so we educate and mobilize them to invest in girls.

At UNICEF, we invest in doing gender better as part of a global community committed to gender equality.

We support platforms to train and recognize applied gender skills among staff and partners globally to deliver on our shared programming visions for gender equality.

We collect, quantify and share data that are critical to better understand ongoing and emerging challenges and solutions. Every year, we further International Day of the Girl with action and activities on issues that matter most.

And finally, we look for innovative solutions – such as digital technology and exciting new partnerships – to achieve our vision for gender equality at scale. We tap into the power and promise of youth to guide and shape what works for their generation.

“ I wish every girl has proper knowledge and guidance so that when a girl reaches her puberty for the first time, she is confident and not panicked. ”

These resources on gender represent just a small selection of materials produced by UNICEF and its partners in the region. The list is regularly updated to include the latest information.

UNICEF produces, compiles, analyses and disseminates gender statistics across a wide range of sectors, including education, health, protection from violence and exploitation, and water, sanitation and hygiene (WASH).

A generation of girls risks being left outside of the labour force or trapped in vulnerable or low quality employment, due to lack of skills, absence of quality jobs, and gendered expectations of their roles as caregivers.

This report summarizes how UNICEF and its partners contributed to gender equality in 2017 and reviews the impact of these accomplishments on children and the communities where they live.

This report highlights the critical need of data to advance the well-being and empowerment of a large segment of the world population that is at risk of being left out: 1.1 billion girls.

Effective gender-responsive programming in the Water, Sanitation and Hygiene (WASH) sector can contribute to progress towards gender equality and important WASH results. This document outlines essential elements that WASH practitioners should consider when developing programmes.