As conflict changes, so do the dangers for children

Many of the frontiers opening up in warfare have found new ways to harm children.

It’s no secret that technology has transformed our lives over the decades, and continues to do so – in an almost infinite number of ways. Whether it’s finance, or education, or work, there isn’t a landscape that hasn’t been impacted by the relentless advance of technology.

While not always obvious and often not discussed, warfare and conflict, too, have seen revolutionary changes over recent years. Among the more visible changes have been advances in the evolution of drones and other armed but unmanned vehicles. Among the less obvious changes have been the use of artificial intelligence and cyber capabilities.

But when it comes to war and conflict, one thing hasn’t changed: the greatest – and worst – impacts frequently fall on the most vulnerable people caught up in any conflict: children. The devastating impact of war on children goes well beyond just the immediate danger of injury or death. Children also suffer from the collateral effects of factors like displacement, severed family ties, hunger and lack of access to vital services. And many of the frontiers opening up in warfare have found new ways to harm children.

Take, for example, drones. Sophisticated and cost-effective drones have been playing an increasingly significant role in wars in recent years. But there is always a risk that military personnel operating armed drones could cause civilian casualties, including children. Moreover, their use has proven to have harmful psychosocial effects, especially on children.

This year will likely continue to see an international push to regulate autonomous weapon systems: 100 countries have called for meaningful human control of such use of force, and 31 have called for a complete ban.

Another chilling development is the recent proliferation of cyberattacks, in which governments, non-state groups, and individuals target civilian objects such as critical infrastructure and institutions – and with powerful effects on children, who can be affected directly and indirectly.

Meanwhile, the targeting of public infrastructure can result in the interruption of critical services for children, with the most obvious and disruptive being to health, water, sanitation and electricity.  In fact, cyberattacks on schools and educational institutions have spiked – rising 25 per cent in Europe and 21 per cent in Asia during the pandemic – which reveals their vulnerability to potential attack during conflict.

Children can also be hurt by their own governments’ actions during times of conflict, with deliberate internet shutdowns becoming an increasingly prominent tool by which governments seek to hamper legitimate protests and stem the flow of information. These shutdowns can extend far beyond any theatre of war: they can severely disrupt economic activity and limit access to critical services, including for children.

But not all developments in warfare have been driven by technology. While urban warfare has long been a feature of armed conflicts, it has resurged in the past 15 years, with intense fighting seen in cities across the world.

We’ve seen parties to conflict move street by street, while others use explosive weapons like artillery shelling and air strikes in populated areas. These weapons can have indiscriminate effects since they often cannot be used in a way that distinguishes between combatants and civilians in densely populated areas.

Armed conflict in urban spaces has devastating and disproportionate effects on children. They face the risk of death or injury, malnutrition and disease, mental health problems, loss of homes and education, displacement and separation from their families. Those children who are forced to find ways to survive in cities during siege-like situations face disease due to the lack of clean water.

The changing nature of warfare and the increasing use of digital and frontier technology is creating new layers of complexity for global governance, international law, and multilateralism, begging the question: how are children’s rights being considered in the global conversation on these issues and how are these serious challenges being addressed?

Stronger regulation and cooperation are vital. Unfortunately, existing efforts aren’t enough to address the dire implications for children, which is placing them at increased risk as innocent bystanders in adults’ wargames. In 2022, child advocates will need to speak even louder in demanding necessary safeguards for children. 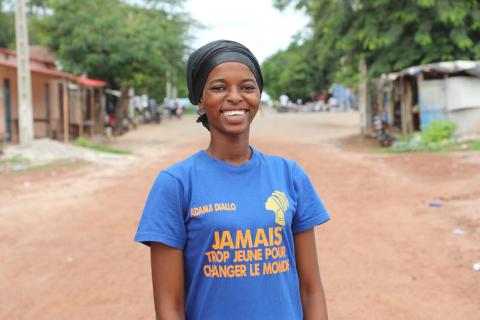 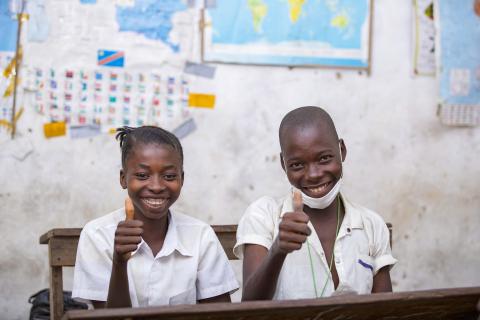