Violence, displacement and harsh conditions in Syria kill over 30 children since December 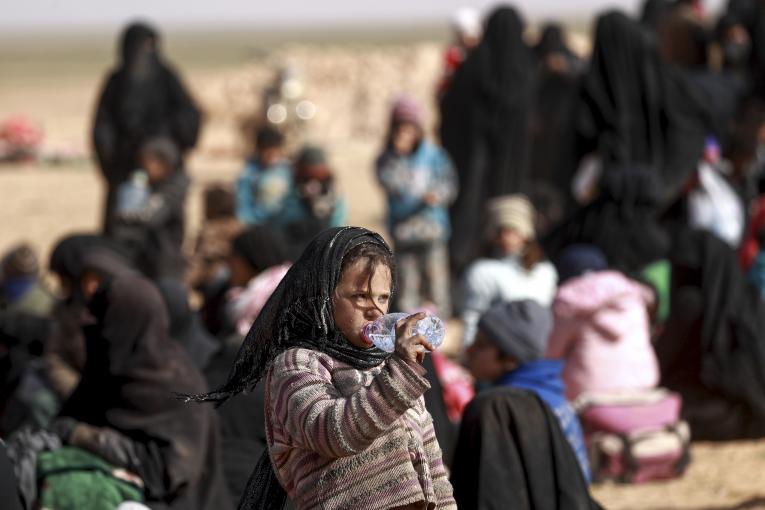 UNICEF/Souleiman
Having been forced to flee their homes in nearby towns and villages, children and families are huddled together with few belongings in Baghoz village in Hajin district in eastern rural Deir-ez-Zor, before they embark on a long and ardous journey to safety at Al-Hol camp, almost 300km to the north.

“Persistent fighting in the area surrounding Hajin, in eastern Syria, has forced thousands of people to embark on a long and arduous journey to safety at Al-Hol camp for internally displaced people - almost 300km to the north. Since December last year, an estimated 23,000 people – most of them women and children - have arrived at the camp extremely exhausted after the three-day journey in harsh desert winter conditions, with little food or shelter along the way. More than 5,000 people arrived in the past three days.

“Lack of security has made humanitarian access to children en route to the camp’s screening area all but impossible. The difficult journey, cold weather and long waiting periods at screening centres, where families wait sometimes for days, have reportedly contributed to the death of at least 29 children – including 11 infants in the past two days alone.

“Since last week, fighting in Ma'arat al-Nu'man in Idlib, in northwestern Syria, has reportedly killed three children and injured scores more. A teacher working for a UNICEF-supported partner and his son were killed in the violence. Fighting has also badly damaged a school and a community centre for children.

“In Idlib, UNICEF and partners continue to deliver lifesaving supplies and services to children and their families.

“UNICEF appeals to all parties to facilitate safe, unhindered and sustained humanitarian access to all children in need.

“Parties to the conflict have shown a callous disregard for the laws of war. UNICEF calls again on those fighting to keep children out of harm’s way – even in areas of active conflict. There are no excuses: children are not and must never be the target of violence.” 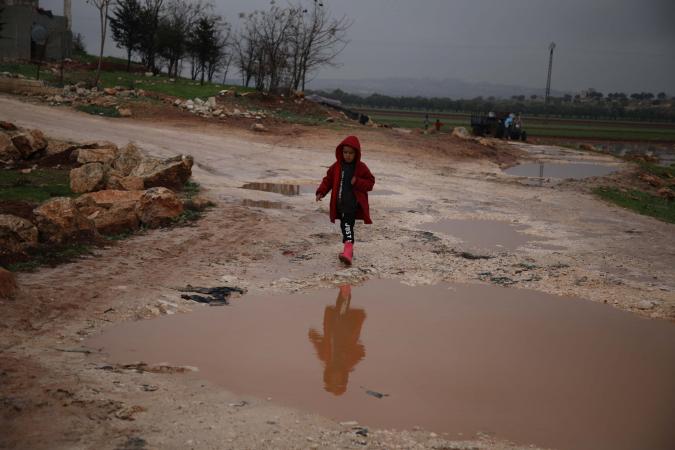 A child walks through a flooded camp in north-west Syria