How the harmful practice affects millions of girls worldwide.

Each year, around 4 million girls worldwide are at risk of undergoing female genital mutilation (FGM), with most girls cut before the age of 15.

There has been significant progress made in eliminating the harmful practice, but more is needed, and fast, if we are to end it once and for all.

FGM is a violation of girls’ and women’s fundamental human rights.

What is female genital mutilation?

Female genital mutilation (FGM) is a procedure performed on a woman or girl to alter or injure her genitalia for non-medical reasons. It most often involves the partial or total removal of her external genitalia. FGM is a violation of girls’ and women’s fundamental human rights.

Why is it practiced?

In many of the countries where FGM is performed, it is a deeply entrenched social norm rooted in gender inequality where violence against girls and women is socially acceptable.

The reasons behind the practice vary. In some cases, it is seen as a rite of passage into womanhood, while others see it as a way to suppress a woman’s sexuality. Many communities practice genital mutilation in the belief that it will ensure a girl's future marriage or family honour. Some associate it with religious beliefs, although no religious scriptures require it.

Why is female genital mutilation a risk for girls and women?

FGM has no health benefits and often leads to long-term physical and psychological consequences. Medical complications can include severe pain, prolonged bleeding, infection, infertility and even death. It can also lead to increased risk of HIV transmission.

Women who have undergone genital mutilation can experience complications during childbirth, including postpartum haemorrhage, stillbirth and early neonatal death.

Psychological impacts can range from a girl losing trust in her caregivers to longer-term feelings of anxiety and depression as a woman.

Progress to end FGM needs to be at least 10 times faster if the practice is to be eliminated by 2030.

How prevalent is female genital mutilation?

While the exact number of girls and women worldwide who have undergone FGM remains unknown, at least 200 million girls and women aged 15–49 from 31 countries have been subjected to the practice.

There has been significant progress made in eliminating the practice in the past 30 years. Young girls in many countries today are at much lower risk of being subjected to FGM than their mothers and grandmothers were in the past.

However, progress is not universal or fast enough. In some countries, the practice remains as common today as it was three decades ago. Over 90 per cent of women and girls in Guinea and Somalia undergo some form of genital mutilation or cutting.

Progress to end FGM needs to be at least 10 times faster if the practice is to be eliminated by 2030.

How is the practice evolving?

In many countries, FGM is increasingly carried out by trained health care professionals – in violation of the Hippocratic Oath to “do no harm”. Around 1 in 3 adolescent girls (15-19 years) who have undergone FGM were cut by health personnel.

Medicalizing the practice does not make it safer, as it still removes and damages healthy and normal tissue and interferes with the natural functions of girls’ and women’s bodies.

In some communities, the practice has been driven underground rather than ended, leading to girls being subjected to cutting at younger ages amidst greater secrecy.

Around 1 in 3 adolescent girls (15-19 years) who have undergone FGM were cut by health personnel.

What is UNICEF doing to stop female genital mutilation?

Ending FGM requires action at many levels, including by families and communities, protection and care services for girls and women, laws, and political commitment at the local, regional, national and international levels.

UNICEF and the United Nations Population Fund (UNFPA) jointly lead the largest global programme to end FGM. The programme supports zero tolerance laws and policies, while working with health workers to both eliminate female genital mutilation and provide care to women and girls who have undergone the procedure.

To help change social norms, we work with communities to openly discuss the benefits of ending FGM and to build opposition to the practice.

What has been UNICEF's impact?

Since the UNICEF/UNFPA programme was established in 2008, 13 countries have passed national legislation banning FGM. The programme has also provided access to prevention, protection and treatment services. In 2018 alone, nearly 7 million people across 19 countries participated in education, discussions and social mobilization promoting the elimination of FGM. 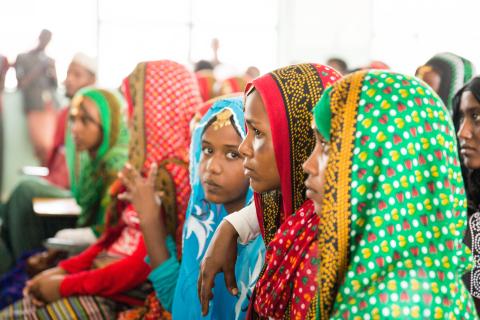 Female genital mutilation is an extreme form of violence against girls and women. 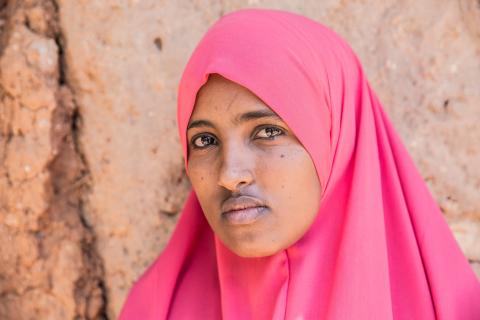 Explore global data and resources on this harmful practice