The world we want to leave behind for our children

Human-induced climate change is an unprecedented challenge and a global problem like no other that humanity has faced. The actions we take today will decide the future of our children and the generations that follow them. A recent UNICEF report described climate change as the ‘greatest threat facing the world’s children and young people,’ impacting 1 billion children across the globe and putting them at ‘extremely high risk’ of its impacts. These include cyclones, heatwaves, floods, water scarcity, increasing disease burdens, and air pollution.

In comparison to adults, children have undoubtedly a higher stake in a stable climate system: As one of society’s most vulnerable groups, they are more at risk of dying from diseases such as malaria and dengue as well as from developing long term illnesses due to air pollution. Lacking the knowledge, resources and capacity to protect themselves, children are also more likely to die in natural disasters and are vulnerable to related risks, including displacement, deepening poverty and exposure to violence and trafficking. Children’s vulnerability worsens in the face of additional challenges such as nutritional, educational and protection-related deprivations, which are often reinforced by the effects of climate change. Combined, these impacts of climate change can impair children’s development, resulting in a lifetime of lost opportunities.

Bangladesh is among the countries where children are most imperilled by climate change. As a low-lying, deltaic and densely populated country, many of the risks converge, especially in areas where the poorest and most marginalized children live. For example, children in remote, saline-prone coastal areas are not only at risk of natural disasters, such as cyclones and flooding, but also witness their homes and schools being threatened by sea level rise and erosion. Students from such areas report the challenges they face going to school due to waterlogging, damaged roads and excessive rain. When strong winds and fallen trees damage their schools, they can’t go there. Imagine, during extreme weather, they often reach them despite facing a lot of troubles and are then sent back home because the school building is damaged and unsafe.

In densely populated, low-income urban communities, children’s health and survival is threatened by air, soil and water pollution, urban flooding and outbreaks of dengue and other diseases. The poorest children face multiple, sometimes overlapping risks that can continue to affect their well-being over their lifetime.

This is why a paradigm shift is needed away from the traditional way in which international issues are tackled. This is not a question of negotiating to achieve what is best for individual countries and their citizens because this is not an issue that has isolated effects on individual countries. When it comes to tackling climate change, leaders are deciding about the world they will leave behind for future generations.

While many world leaders have yet to grasp the importance of this re-framing of global action, young people around the world have been at the forefront of raising awareness and calling for action on a problem that is not of their making.

Like their counterparts around the world, children in Bangladesh have been advocating for climate action and doing their part to reduce pollution. Activists and groups have been arranging climate strikes across Bangladesh, adding the voices from frontline communities to the global climate movement. They have been raising awareness through community radios, blogs, newspaper articles and social media and they are assisting in disaster preparedness and response, and changing behaviours in their families, schools and communities. Actions like tree planting or waste management have demonstrated how change can start at the local level.

The declaration called on policymakers to take effective steps to protect children from the impacts of climate change by reducing emissions, expanding climate and environmental education, investing in a green economy, and most importantly, making children part of the solution. In October 2021, they again gathered at the National Parliament and handed over their declaration to members of the Bangladeshi delegation to COP26.

These young people understand the urgency of the situation. In their own ways, they are trying to effect change in their surroundings and raise their concerns, hoping that adults pay heed. It is crucial therefore to invest in them, empower them and listen to their concerns and – importantly - show that they are taken seriously by acting according to their demands. Children are at most risk from the impacts of climate change despite having contributed the least to causing the problem, and they rightly want solutions that are fair and just.

By Saleemul Huq, Director of the International Centre for Climate Change and Development at the Independent University, Bangladesh. 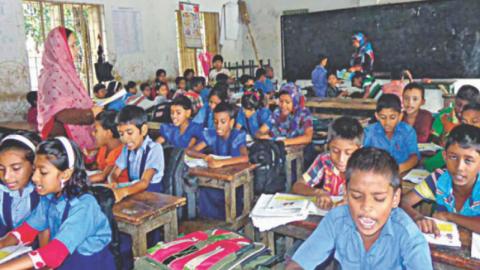 Only 34% of Bangladeshi third graders have reading skills

according to a new report of UNICEF 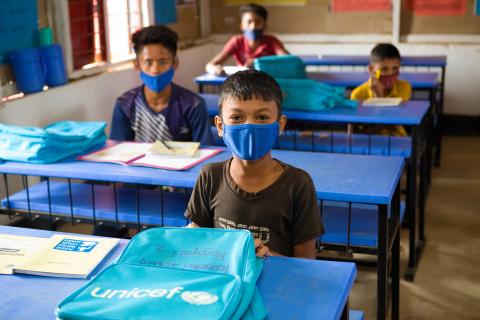 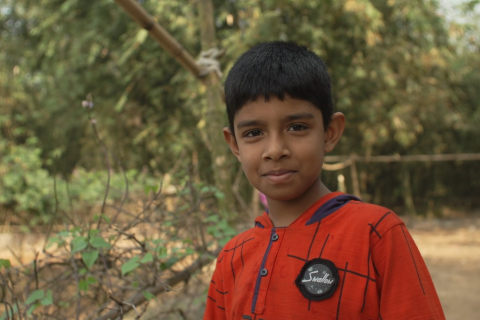 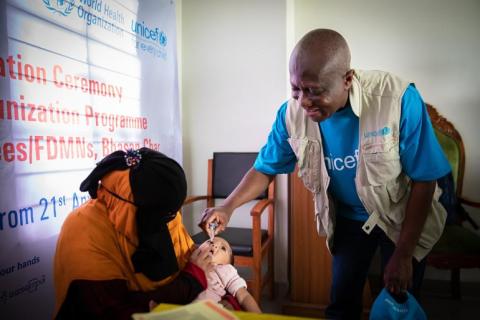