School closures in South Asia are threatening the futures of millions of children — and the most marginalized are paying the heaviest price. Governments must prioritize the safe reopening of schools and seize the opportunity to build education back better.

When classrooms closed in South Asia, 434 million children's lives changed. School is more than just a building. It’s a crucial part of a child’s life. For many, school provides access to food, health services and support networks not available at home. For vulnerable children, it’s also a refuge from abuse, neglect or dysfunctional parenting. When schools closed, many children were torn from the warmth of their friends and teachers and left to battle trauma and anxiety without support. During lockdowns, calls to child helplines rocketed. For children without access to internet or phones, isolation was compounded.

A recent global UNICEF study into remote learning found that at least 2 in 5 children in South Asia did not have the tools to access remote learning at home. So when schools closed — seven months ago — at least 147 million children stopped learning. However, in Nepal, a recent study found that just 25% of children had used distance learning platforms to continue learning during school closures.

Decades of progress in access to quality education, especially for girls and the most marginalized, now hangs in the balance. The most disadvantaged children have fallen the furthest behind. This includes hundreds of millions of the poorest, the displaced, girls without access to internet and phones, and those from remote localities and linguistic minorities. Children with disabilities have been particularly affected. The impact on their long-term futures could be drastic, if such children are not prioritized in efforts to re-open schools. Many may drop out of education entirely.

As the pandemic pushes more people into poverty, closed classrooms leave children exposed to forced marriage and child labour. Girls are disproportionately affected. South Asia already has the highest rates of child marriage in the world. The rate had been in decline, but emerging anecdotal evidence indicates child marriage is now becoming more frequent.

This is an education emergency. The longer children are out of school the less likely they are to ever return. Yet, trends in the region suggest that the pandemic could become a protracted crisis. Children’s education could be disrupted for many more months and the impact felt for years. This is why, reopening schools must be considered an utmost priority, as soon as adequate safety can be assured.

The current evidence shows that children are not the main driver of the pandemic and have an extremely low risk of becoming severely unwell from the infection, although they can pass the virus on to each other and adults. Schools can substantially reduce infection risks by providing frequent opportunities for children to wash their hands with soap and water and ensuring physical distancing through shift systems or use of open spaces. All children do not need to suffer from school closure because COVID-19 is a high risk in some areas. Containment measures need to be applied locally when outbreaks occur, rather than through national shutdowns. To ensure this community support and flexible decision making at local levels is key.

We commend those governments that have prioritized reopening schools. In July, some schools in Bhutan and Sri Lanka were among the first to reopen, and then close, in response to localized COVID-19 transmission. But in recent weeks, older children in Bhutan returned to their desks once more. Children in Sri Lanka returned too, but then schools closed once more. Hopefully they will re-open again soon.

Between July and October, all children returned to school in Afghanistan and Pakistan, while phased re-openings also began in, the Maldives. Governments in India and Nepal have recently empowered states and local authorities to decide when to reopen schools. This is all significant progress.’

Where schools cannot re-open safely, remote learning must be improved and expanded to reach all children — especially the most marginalized and those with disabilities. We must also be mindful that remote learning is less appropriate for the youngest children. As countries have reopened schools, these children have often been the least prioritized, despite their need for face to face interaction to help them develop foundational skills and address their socio-emotional needs.

Governments, UNICEF and other agencies across the region are collaborating on surveys to understand the effectiveness and accessibility of remote learning. These will help countries prepare for higher quality remote learning options, which reach all children, if schools need to close again in future. Remote learning should embrace the full spectrum of options. Television, radio and SMS should be explored alongside printed materials — to ensure we reach the huge numbers of children without access to electricity, the internet or devices.

The opportunities are as great as the challenges. Since this crisis started, parents, caregivers and educators have found innovative and admirable ways to keep children learning. In just a few months significant changes to teaching have been witnessed in pockets throughout the region. This creativity is testament to how much learning can be enhanced in future if we re-imagine how education is delivered.

To prioritize learning, we must make schools safe to reopen. Currently 50% of schools in the region do not have access to soap and water. We must increase investment in the services that keep children safe and healthy — hand-washing, hygiene, school meals, health and immunization. A healthy child is likely to learn more and an educated child is likely to lead a healthier life.

We have a once-in-a-generation opportunity to strengthen the flexibility and quality of our education systems. Governments must act — by protecting education budgets, increasing investment, and collaborating with partners, including the private sector, to innovate and adapt as the context evolves.

What we do next could transform the future for millions of children. Or, it could tip our education emergency into a learning catastrophe. 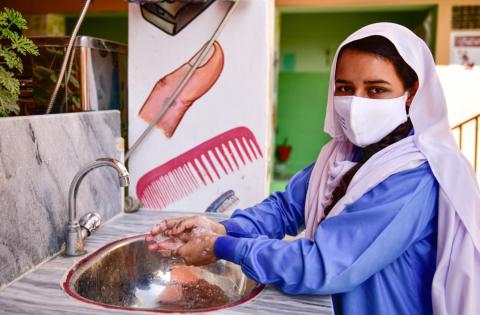 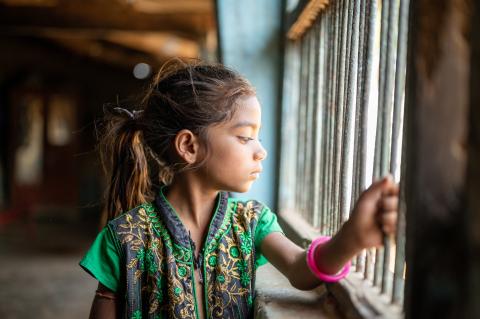 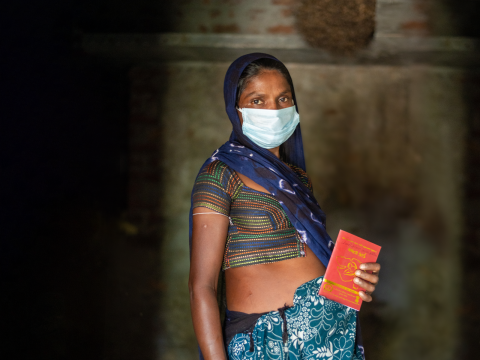 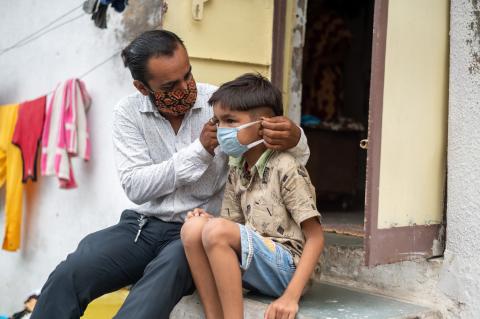 Your questions answered by our experts