The UN Convention on the Rights of the Child: Article 24 – the right to a safe and clean environment

Barisal, Bangladesh – Over the past few decades, flooding, storm surges, cyclones and droughts have ravaged Bangladesh. The country has a nearly unparalleled vulnerability to climate change – and as in any crisis, children are the most at-risk.

In Bangladesh, children are speaking up. For years, 19-year-old Smriti has advocated to adapt to climate change impacts, holding meetings to increase awareness of the problem and its implications. Smriti is particularly interested in the relationship and complexities between global warming and gender.

“I’ve been having these conversations ever since I was young,” Smriti said. “I try to help people understand the impact of global warming and how the changing climate affects all aspects of our lives.”

Smriti lives with her parents, younger brother and younger sister. The family works together to help one another: her father moved to another town to work as a farmer, her mother runs a small tea shop, and Smriti has been tutoring for extra money since she was in the sixth grade.

With her parents’ encouragement, Smriti has spoken up regardless of her age and gender. Smriti is particularly passionate about empowering others to understand how global warming is changing our lives.

Today, Smriti works with YouthNet for Climate Justice, a UNICEF-supported network of more than 1,000 young people committed to fighting against climate change, and they are demanding a safe, clean environment – one of the many rights outlined 30 years prior in the Convention on the Rights of the Child.

“Global warming cannot be fixed in a few days. But one day, we can bring change that will help everyone.”

Bangladesh’s flat landscape and dense population leave communities uniquely susceptible to the effects of global warming. Nearly 12 million children live in communities that revolve around rivers, which in recent years, have regularly burst through their banks. Another 4.5 million Bangladeshi children live on the country’s coasts, including nearly half a million Rohingya refugee children. Even in the country’s interior, climate change has sparked widespread drought, a crisis now affecting another three million girls and boys.

Such circumstances make awareness, behavior change and stronger infrastructure paramount – aims that Smriti pushes for every day. She travels within and outside of her community to do so; she recently discussed global warming in front of a room of 2,000 participants from six districts.

In her discussions, Smriti talks about the ways climate change increases rates of child marriage. When crises occur, poverty spikes, leading some families to marry off their children in the hope that they find a better life elsewhere. Such practices can be devastating to young girls and set them up for a lifetime of inequality, inopportunity and violence.

“Most people are reluctant to talk about these things,” Smriti said. “It is hard to gather people to talk about this, but so often, I’ll stop in a tea shop, or stop a group of people, and engage them that way.”

By talking about these issues on a broader level, Smriti hopes to deter families from forcing their daughters into marriage. She speaks to parents, students and children throughout the region, often visiting schools to make sure children are aware of their rights. Smriti also speaks with people who themselves were married as a child and asks them to share their stories. This can help others realise the dangers of the practice.

Smriti also pushes for change at the highest levels of society. By speaking with key decision-makers in the Barisal government, YouthNet members are standing up for children who can’t stand up for themselves, even bringing the stories of child brides to those who need to hear them.

“These people play a crucial part in all of this,” Smriti said. “Change won’t occur if they do not acknowledge or understand climate change and its effects.”

Smriti is far from finished fighting for children’s rights: after graduating from college, she dreams of being an activist and continue raising awareness of climate change. 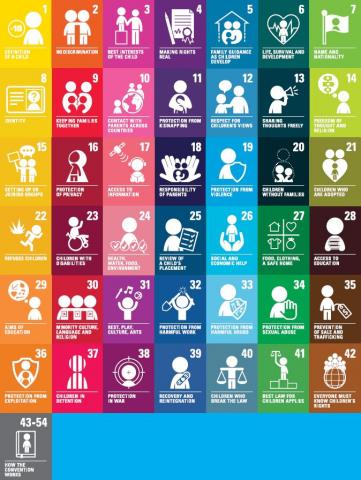 In the 30 years since the Convention on the Rights of the Child (CRC) was adopted in 1989, the nations of South Asia have made great progress... 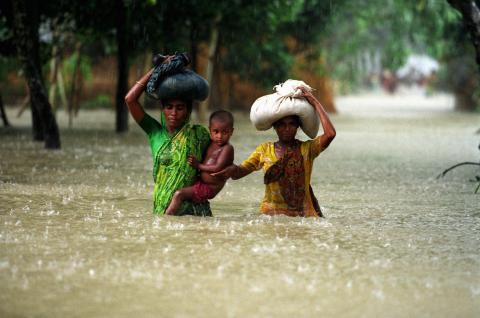 With deadly cyclones on the rise, UNICEF raises concern about impact of climate change on children 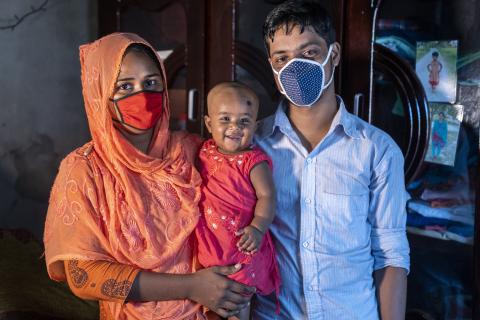