Education is everything to me. Nothing else matters.

Herat, Afghanistan, 24 March 2019 – “There was intense fighting the night I escaped Ghor to come to Herat. I am saddened to leave my birthplace, but here I can continue my education,” says 15-year old Zarkoy.

Abdul Hameed, Zarkoy’s father died 6 years ago, leaving the family of four in the care of his brother-in-law, Shah. The family had fled Ghor province to Herat due to insecurity and drought.

“I studied until Grade 6 in Ghor province but missed a couple of years of school due to fighting. However, I am sure I would be able to continue my education here in Herat province,” says Zarkoy with hope.

Zarkoy recalled the time they fled their home saying: “There was fighting like any other night in Ghor, and my family was fast asleep. I heard loud banging on the gate. It was pitch dark, so I took the lantern and made my way to the gate, wondering what was going on. But it was my Uncle Shah. He was panting, trying to catch his breath, he said to me, go and tell your mother we are leaving, wake up your siblings, we are leaving right now.”

“I didn’t question him or asked him why, I knew we have to follow what my uncle says, there was no time to pack anything. As my uncle left, I hurriedly woke up and got my two younger siblings dressed. Before I could put warmer clothes on them, my uncle arrived again and asked us to leave immediately. I had no option but to run away with one shoe.”

Zarkoy’s heart was pounding fast and in that dead of the night she could hear the inhale and exhale of her siblings. Everyone was following a line of villagers, some walking and others running, everyone trying to escape the fighting, running for their lives.

Dawn struck as Zarkoy’s family and the other villagers walked two hours from their houses, under the guidance of her uncle Shah. “I looked back, perhaps for the last time at my house and my village.  In those few moments, many past memories and the years rushed before my eyes.  My eyes were burning with unshed tears as I turned my back on it all, and walked on,” recalls Shah.

Zarkoy and her family travelled by car and whenever there was signs of fighting, they would abandon the car and travel by foot to make it to safer grounds, and then continue their journey onwards to Herat.

Arriving at Shaidaiee camp after three days of exhausting journey, at one of the internally-displaced camps in Herat, the family spent the night under the blue sky and the next day they started to build a makeshift tent.

“My mother was sitting on the ground, holding her head in her hands and sobbing,” says Zarkoy. “I started to bring water, took the shovel and dug the ground, made a heap of earth and poured it into the water and prepared the clay to build the walls of this room.”

Together the family build four walls and as they couldn’t afford to build the roof, they put up the tent supplied by aid organizations as the ceiling, but for Zaiba-Gul, Zarkoy’s 45-year old mother was a very sad day.  “Sometimes I wonder why my life turned out this way.  Every time I look at Zarkoy and how she has become responsible so quickly and manages everything, it makes me  proud, yet sad, to overburden her at such a young age,” says Zaiba-Gul.

During the cold winter weather, the non-insulated tent is very cold, and during heavy rains, water slips into the tent making it quite difficult if not impossible for the family to find a dry place to sleep at night. Yet, Zarkoy never complains.

“These are trivial issues to me. As long as I can go to school in Herat and get enrolled in a university, nothing else matters.”

Most of the families at Shaidaiee camp had faced similar challenges, and some had even suffered more. Some had to go without food and water for days, while others lost their livelihood and were left without jobs. Yet, their resilience is striking.

Shah, Zarkoy’s uncle, is one of the many who lost their jobs, and he is working hard on securing one.  “On a daily basis, my uncle travels to Herat city centre to find work. But most of the times, he comes back exhausted, and frustrated as after 7 months he still does not have a proper job,” says Zarkoy.

Shah is burdened, as he has to provide food not only for his own family, but also that of his sister.  “This breaks my heart.  I am indebted to my uncle for taking care of us, and I know I will repay back once I complete my education,” says Zarkoy.

Zarkoy and her family value education.   “We all know very well that education cannot wait.  I made sure that my brother and sister will go to school, since I have enrolled them in the temporary learning centre here at the camp,” says Zarkoy with hope in her eyes.

Zarkoy and her siblings have never stopped dreaming.  “Despite all challenges, I am happy here.  I am able to continue my education.  If we are to change our future, it would be only through education.” She adds firmly. 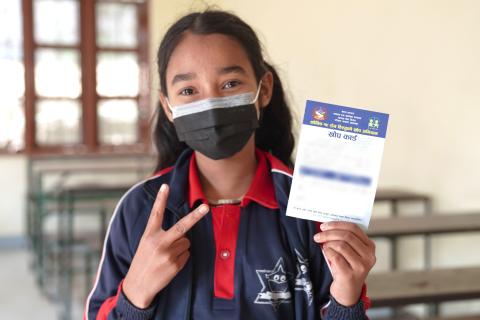 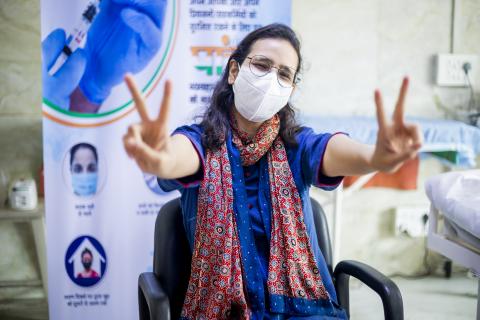 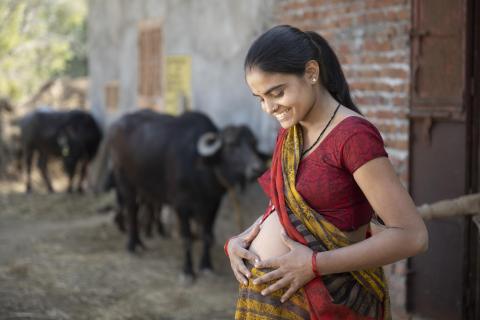