Millions of Children Vaccinated against Typhoid in Pakistan

The atmosphere is almost festive as children gather in numbers to run after a vehicle adorned with colourful banners in Dhok Kazim, a densely populated informal urban settlement in Islamabad. The vehicle has come to announce that the vaccination campaign against Typhoid, a highly infectious bacterial infection that mainly affects children, has reached the neighbourhood...

Not afraid of the syringe or the pinch, six-year-old Muqaddis runs out of her house to join a group of children eagerly awaiting their turn to be vaccinated. Some of these children also act as social mobilizers, going from house to house to joyfully urge others to come and get immunized. A few gather around Tahira, a Lady Health Worker (LHW) who walks up and down the street with a megaphone in her hand, calling on parents to bring their children to the vaccination point.

The event is part of the second phase of a vaccination campaign against typhoid in Pakistan which started in Sindh province in 2019. The campaign has now restarted in the capital Islamabad and 12 districts of the neighbouring Punjab province.

In two weeks, the Ministry of National Health Services, Regulations & Coordination and Punjab Health authorities immunized more than 12 million children aged nine months to 15 years old against Typhoid using the Typhoid Conjugate Vaccination (TCV). The USD $30 million campaign was led by the federal Government’s Expanded Programme on Immunization with technical support from UNICEF and from GAVI, the Vaccine Alliance, which provided the vaccine.

Lady Health Worker Tahira says that people’s trust in vaccines has steadily grown in Pakistan over the years, thanks to the efforts of social mobilizers and front-line workers like her.

“I have been a health worker for 20 years and have seen people become more and more aware of the need to immunize their children,” Tahira says. “The fact that the vaccination is offered at their doorstep has been crucial to help mobilize them. All these efforts have enabled us to reach, and sometimes even exceed, our vaccination targets.”

Muqaddis is among the children benefiting from the vaccine. Her parents moved to Islamabad from one of the Newly Merged Districts (KPMD) located along the border with Afghanistan in Pakistan’s Khyber Pakhtunkhwa province a few years back. While they had to travel long distances to get their children vaccinated in KMPD, they can now access a vaccination team right in their neighbourhood, something they had thought would be possible one day.

“My husband works as a day labourer and is often away from home,” says Muqaddis’ mother Bushra. “It is never easy for me to take my children to the hospital using public transport. When I heard that a vaccination team would be coming to our neighbourhood, I was excited as I knew it would save me a lot of time and efforts.  The feeling that comes with knowing that once vaccinated, my children will be safe from disease, is priceless.”

Pakistan was the first country in the world to introduce TCV into its routine immunization program in 2019. Nearly 10 million children were vaccinated in Sindh province that year, and the number of Typhoid cases substantially decreased the following year. TCV has proven to be a low-cost, highly efficient vaccine which provides long-lasting immunity to infants older than nine months, children and adolescents.

The feeling that comes with knowing that once vaccinated, my children will be safe from disease, is priceless.

To maximize the benefits of the TCV campaign for children in Islamabad and Punjab, volunteers administered polio drops to children under five years old at the same vaccination points where children aged nine months to 15 years old were immunized against Typhoid.

“We informed communities about the campaign and the dates on which vaccination teams would visit their respective areas through a comprehensive media and door-to door-information campaign,” Alina tells. “This resulted in an overwhelming response which has helped us achieve our target numbers.”

Children were vaccinated not only in vaccination points set up in communities, but also at school for those who had gone back following COVID-19 closures. Following the success of the campaign, the Government and its partners are already planning a third phase to ensure that more children are immunized in other provinces. 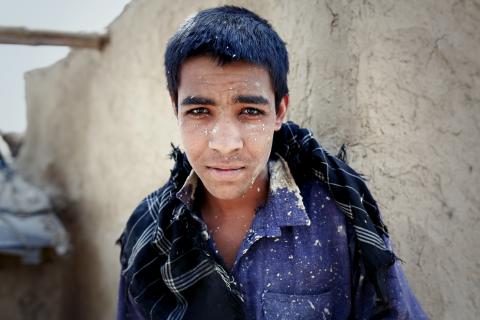 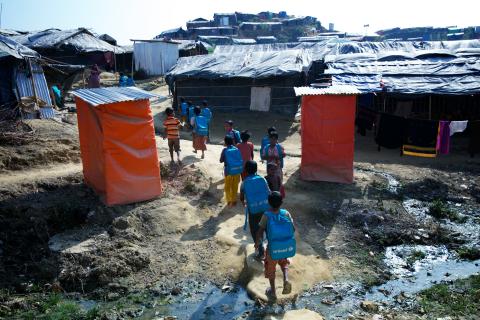 Access news, multimedia resources and expert commentary on children’s issues and UNICEF’s work across the region. 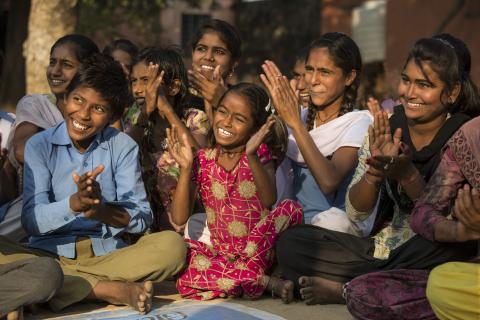 Advancing the rights of all children in South Asia