As Humanitarian Crises Escalate, So Does Child Marriage

It’s Time We Reversed This Trend

Mona’s village was located in the far west of Nepal when the devastating 2015 earthquake struck. The temblor damaged her house but more significantly, her father did not return home from his work in India. Her family was left to fend for themselves within their remote and poor Dalit ethnic community. Then, in a further upheaval, Mona received a marriage proposal. She was just 16.

In another trauma-stricken community in South Asia, Rohingya refugee Asmot Ara was barely 14 when she gave birth to her first child. Forced to flee her village amid violence in Myanmar, Asmot travelled alone for days until she arrived at Cox’s Bazar in Bangladesh. Now she lives in a makeshift settlement with her husband whom she agreed to marry soon after arriving in the camp when his family promised to take care of her.

Mona and Asmot’s stories speak to an observed escalation in child marriage amid humanitarian disasters in several countries across Asia and the Pacific, including South Asia where one in every three women aged 20-24 is married before the age of 18. Their plight shines a spotlight on restrictive social expectations and barriers that millions of girls face as they become adolescents.

Unfortunately, propelled by the perils of climate change and tensions of an increasingly globalised yet divided world, the frequency and force of disasters like these – one natural, the other man-made – will continue picking up speed. And the far-reaching tentacles of COVID-19 - a global pandemic - is further exacerbating and reinforcing such practices.

Beyond their immediate havoc, the fallout from humanitarian crises is treacherous to girls’ and women’s rights. Besides child marriage, emergencies fuel other harmful practices such as gender-biased sex selection and gender-based violence. All of these share a common thread: the culturally sanctioned and ill-informed social and patriarchal notion that girls and women hold less value than boys and men.

The current global health and humanitarian crisis of COVID-19 is proving no different. As forecast by the United Nations Population Fund (UNFPA) the pandemic has disrupted efforts to end child marriage, and could potentially result in an additional 13 million (Source: Link) such unions taking place globally between 2020 and 2030 that could otherwise have been averted.

The United Nations Children’s Fund (UNICEF) reports that the COVID-19 crisis has plunged an additional 150 million (Source: Link) children into poverty globally, whilst a third of the world's school children remain out of school.  Both poverty and access to education, coupled with harmful social norms, are key drivers of child marriage. Not surprisingly, emerging anecdotal evidence indicates child marriages are occurring more frequently. And, we can be sure that for every report of violations to girls’ rights through harmful practices, far more incidents hide in the shadows, unreported.

Now, Child Marriage in Humanitarian Settings in South Asia, a new report commissioned by UNFPA and UNICEF, confirms earlier indications that humanitarian crises do in fact result in child marriage spikes. Reported cases are only the tip of the iceberg, as referral and support systems are weakened.  The report’s launch aligns with this year’s International Day of the Girl which demonstrates global solidarity towards upholding girls’ rights and amplifying their voices.

For many impoverished families with young girls, child marriage may seem the only viable solution to the socio-economic problems compounded by emergencies. But this option represents negative coping strategies. Indeed, the underlying drivers of child marriage persist and even intensify all the more in disasters.

The report finds that in times of crisis, communities already disposed to this human rights violation are particularly vulnerable to the practice.  Behind the guise of keeping girls safe and preserving family honour, is one of the most entrenched and corrosive norms of all: gender discrimination, fuelled by patriarchy and the chauvinistic desire to control adolescent girls’ sexuality and reproduction.

However, countries can, and should, seize opportunities to mitigate the situation and safeguard the gains made towards stamping out harmful practices made in recent years.

The report recommends that governments must strengthen laws, policies and programmes all the more and be diligent in monitoring their impact, including in the context of humanitarian response. However, as policy and legal frameworks are strengthened, attention also needs to be paid to the possibility that child marriage may go further ‘underground’, as social and legal sanctions against the practice may prevent reporting or access to support services.

Efforts to bolster girls’ and women’s economic and physical security – grounded in gender equality and human rights – should be prioritised, including in disaster response. Support for girls who are married, for example, to remain in school, are critical to both their own long-term wellbeing and eventually that of their children. And, not least, comparative data on child marriage across a range of settings can help organisations and district officials understand its true scale and trend. Governments and civil society should work together to fill this dire gap.

Ultimately, our report indicates that out of crisis may come opportunity. Humanitarian settings could open doors which can be leveraged to enable action against child marriage, with girls empowered to be change agents within their own communities.

In Nepal, for example, more adolescents found their voice to resist marriage after the 2015 earthquakes, when government, UN partners and non-governmental organizations’ relief efforts made education and other services more attainable in affected communities. Gender-responsive social protection measures were introduced to increase resources within households and support linkages to referral networks.

In fact, unlike her two sisters, Mona successfully refused the marriage proposal she received after the earthquake destroyed her village. “In my village, most of the girls get married young,” Mona explains. “But I won’t do that. I have a dream to be the first Dalit teacher of our village.”

We know what works to end child marriage. On this International Day of the Girl, let’s pledge to stay the course.

UNFPA APRO and UNICEF ROSA partner under the Global Programme to End Child Marriage, generously funded by Zonta International and the Governments of Belgium, Canada, the Netherlands, Norway, the United Kingdom and the European Union. 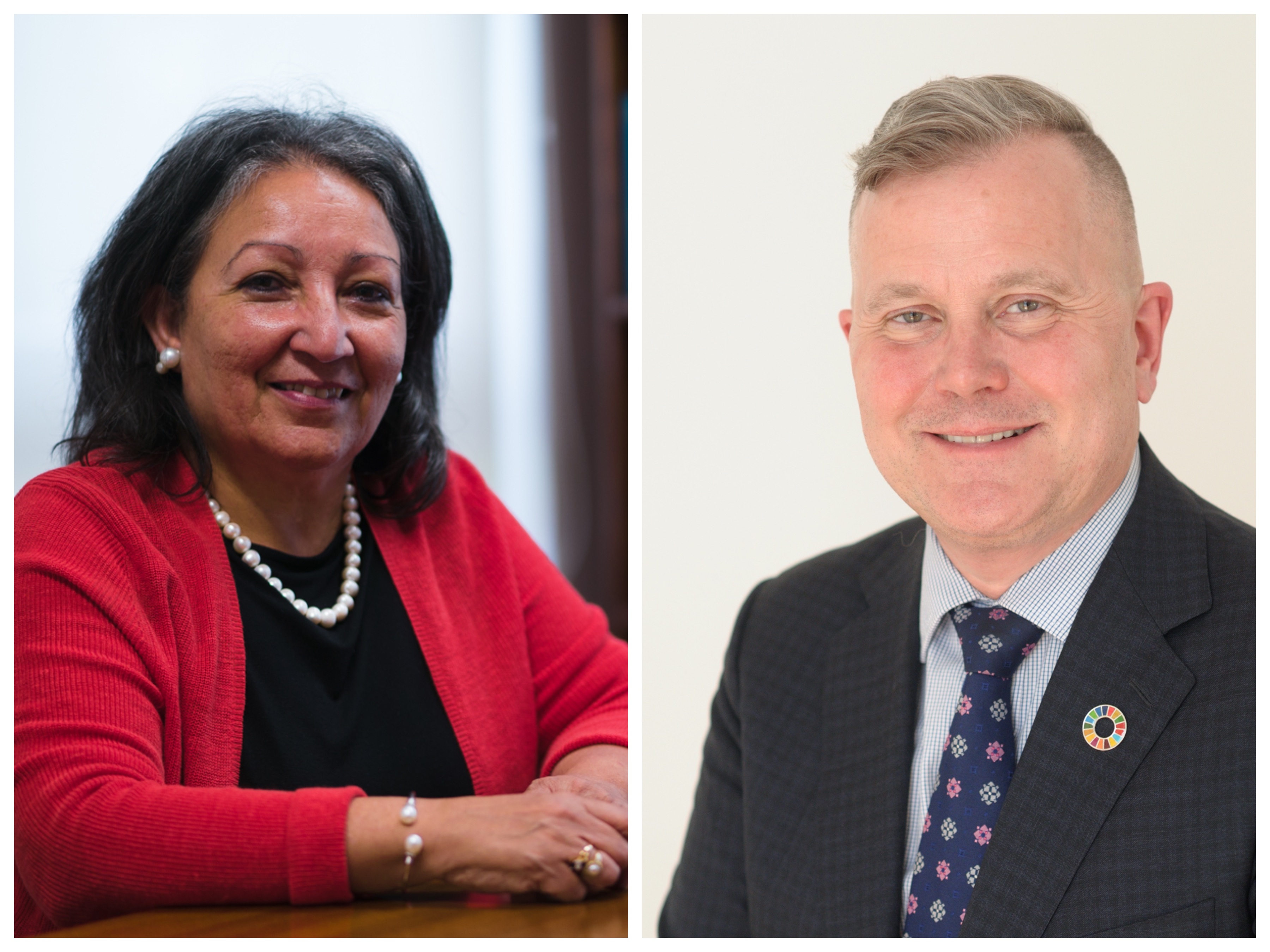 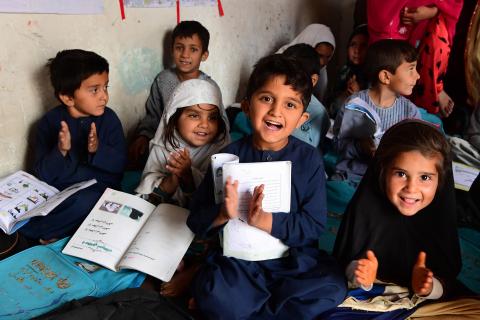 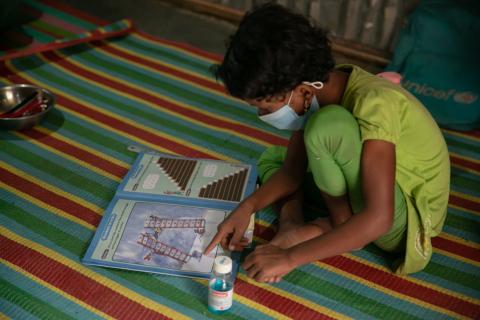 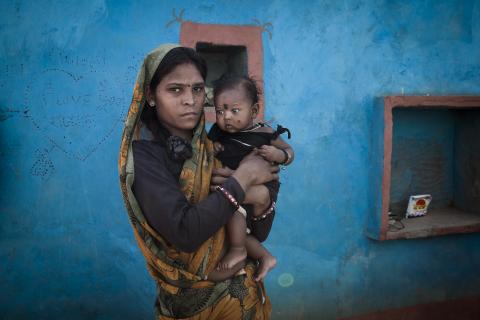 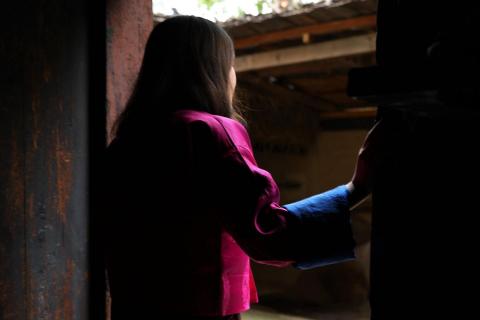 “Seeking counselling is not wrong”

How seeking counselling supported a youth in eastern Bhutan.