Children and young people changing the world during COVID-19

COVID 19 has upended lives around the world. But with great challenges, come opportunities to make great changes.

As people look for information, hope and ways to navigate the new normal, children and young people across South Asia have emerged on social media to lead the way.

Young people have become heroes of the pandemic — educating people, tackling misinformation and stigma, lifting spirits and letting world leaders know the type of future they want to see.

In the Muslim faith, Eid is a time for families and communities to come together. However, Eid Fitr 2020 came at a time when much of the world was living through lockdown — making coming together dangerous.

As Ramadan drew to an end and lockdown in Afghanistan wore on, community resolve was tested. Ahead of the celebration, 16 year old Youth Goodwill Ambassador, Hinna Asefi Wardak, and 19 year old Youth Advocate and Influencer, Ismail Khan, came together — joining their voices and audiences — to wish people a safe celebration and to urge them to stay at home.

Fourteen year old Rashed created a video diary from Cox’s Bazar — one of the world's largest refugee camps — to show people how he was staying safe in difficult circumstances. He discussed the importance of wearing a mask, social distancing and the six steps of handwashing. His video has been viewed over 2.7 million times.

18 year old singer, songwriter and UNICEF Youth Ambassador, Sonam Wangchen Khandu, is beloved by Bhutan’s younger population and wanted to use his skills and platform to bring them hope during the pandemic.

He wrote and recorded ‘CHIKHAR’ — which means ‘Together’ — and released it on national television and UNICEF’s social media channels.

The song celebrates the resilience shown by young people and urges them to prepare to become the leaders of the future by seizing the pandemic as an opportunity to learn new skills and knowledge.

As lockdown forced India’s 472 million children to stay at home, six year old Saira wanted to help. She made a home video diary with her sister to provide other children with ideas on how to spend their time and teach them how to wash their hands effectively. It has been viewed over 54 million times.

As streets emptied and restaurants closed across Pakistan, 13 year old Huzair Awan, realised the country’s street dogs had been left without access to food.

He collaborated with UNICEF and his dog Charlie to talk about the situation and urge young people to show kindness and if they could, feed stray dogs leftover food. The video has been viewed over 2 million times.

“When will I get to play with my friends again?”

“What measures have been taken to prevent health problems with the reopening of our schools?”

“I want to help people who don’t have food to eat. How can we help them?”

Beatboxers Bibek and Dipesh wrote and performed a new song to motivate people - especially grandparents - to wash their hands. Nearly 3 million people have enjoyed it so far.

When 19 year old Prasiddhi Shrestha became the second confirmed case of COVID-19 in Nepal, she faced a wave of stigmatization from the media and online. After she’d recovered, she was determined to use her experiences as a force for positive change.

Collaborating with UNICEF Nepal, she filmed a video talking about the hatred she faced and the steps she took to protect her family from catching the virus. She called on the country to come together to beat COVID-19 — by sticking to the rules and thinking about the effect their actions have on others.

The video has been viewed over 4.5 million times and over 2,000 people have commented wishing her good health and praising her courage.

Prasiddhi, Rashed and all the young people in this article are examples of the resilience, bravery, kindness and hope being shown by children across South Asia every day during the pandemic.

At UNICEF South Asia we’re always looking for youth leaders and educators of the future. We want to share your stories, concerns and aspirations and work with you to help educate communities on COVID-19.

Interested in joining #TeamKind and starring in future video content to help change the world? Send us a video of yourself, talking about:

With all videos you share, please provide written or video consent from your parent or guardian - giving you permission to take part. 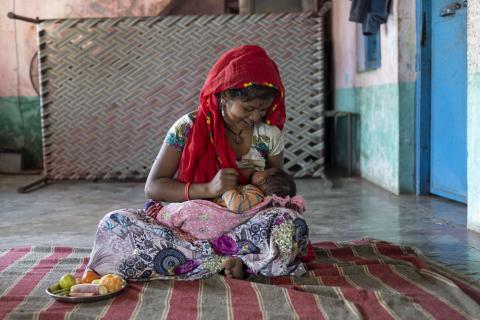 What new parents need to know about breastfeeding

Expert response to questions from parents about breastfeeding 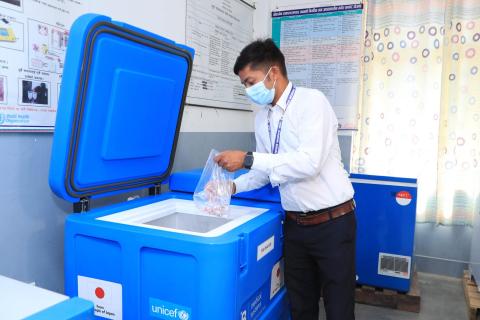 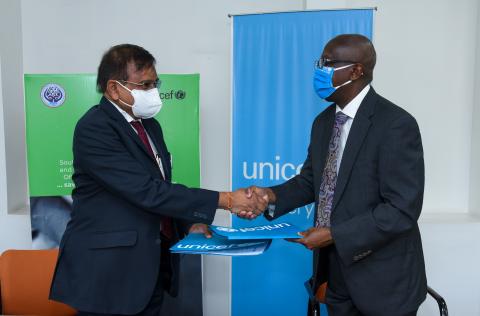