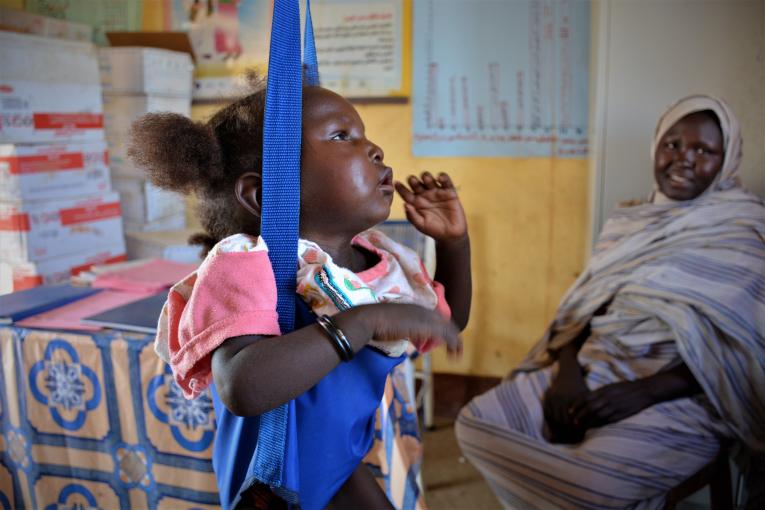 UNICEF/Fricker
A child is weighed as her mother looks on in Oleb village, east Sudan.

NEW YORK, 15 July 2019 - An estimated 820 million people did not have enough to eat in 2018, up from 811 million in the previous year, which is the third year of increase in a row. This underscores the immense challenge of achieving the Sustainable Development Goal of Zero Hunger by 2030, says a new edition of the annual The State of Food Security and Nutrition in the World report released today.

The pace of progress in halving the number of children who are stunted and in reducing the number of babies born with low birth weight is too slow, which also puts the SDG 2 nutrition targets further out of reach, according to the report.

At the same time, adding to these challenges, overweight and obesity continue to increase in all regions, particularly among school-age children and adults.

The chances of being food insecure are higher for women than men in every continent, with the largest gap in Latin America.

“Our actions to tackle these troubling trends will have to be bolder, not only in scale but also in terms of multisectoral collaboration,” the heads of the United Nations’ Food and Agriculture Organization (FAO), the International Fund for Agricultural Development (IFAD), the UN Children’s Fund (UNICEF), the World Food Programme (WFP) and the World Health Organization (WHO) urged in their joint foreword to the report.

Hunger is increasing in many countries where economic growth is lagging, particularly in middle-income countries and those that rely heavily on international primary commodity trade. The annual UN report also found that income inequality is rising in many of the countries where hunger is on the rise, making it even more difficult for the poor, vulnerable or marginalized to cope with economic slowdowns and downturns.

“We must foster pro-poor and inclusive structural transformation focusing on people and placing communities at the centre to reduce economic vulnerabilities and set ourselves on track to ending hunger, food insecurity and all forms of malnutrition,” the UN leaders said.

Slow progress in Africa and Asia

The situation is most alarming in Africa, as the region has the highest rates of hunger in the world and which are continuing to slowly but steadily rise in almost all subregions. In Eastern Africa in particular, close to a third of the population (30.8 percent) is undernourished. In addition to climate and conflict, economic slowdowns and downturns are driving the rise. Since 2011, almost half the countries where rising hunger occurred due to economic slowdowns or stagnation were in Africa.

The largest number of undernourished people (more than 500 million) live in Asia, mostly in southern Asian countries. Together, Africa and Asia bear the greatest share of all forms of malnutrition, accounting for more than nine out of ten of all stunted children and over nine out of ten of all wasted children worldwide. In southern Asia and sub-Saharan Africa, one child in three is stunted.

In addition to the challenges of stunting and wasting, Asia and Africa are also home to nearly three-quarters of all overweight children worldwide, largely driven by consumption of unhealthy diets.

This year’s report introduces a new indicator for measuring food insecurity at different levels of severity and monitoring progress towards SDG 2: the prevalence of moderate or severe food insecurity. This indicator is based on data obtained directly from people in surveys about their access to food in the last 12 months, using the Food Insecurity Experience Scale (FIES). People experiencing moderate food insecurity face uncertainties about their ability to obtain food and have had to reduce the quality and/or quantity of food they eat to get by.

This calls for a profound transformation of food systems to provide sustainably-produced healthy diets for a growing world population.

The report is part of tracking progress towards Sustainable Development Goal 2 Zero Hunger, which aims to end hunger, promote food security and end all forms of malnutrition by 2030.

The 2017 report identified three factors behind the recent rise in hunger: conflict, climate and economic slowdowns. This year’s report focuses on the role of economic slowdowns and downturns in food security and nutrition.

Readers should avoid comparing Prevalence of Undernourishment numbers across different editions of the report because the entire data set is reviewed and revised, including possible backward revisions, before each publication. This ensures that the latest report takes into account any new information received since the release of the previous edition. 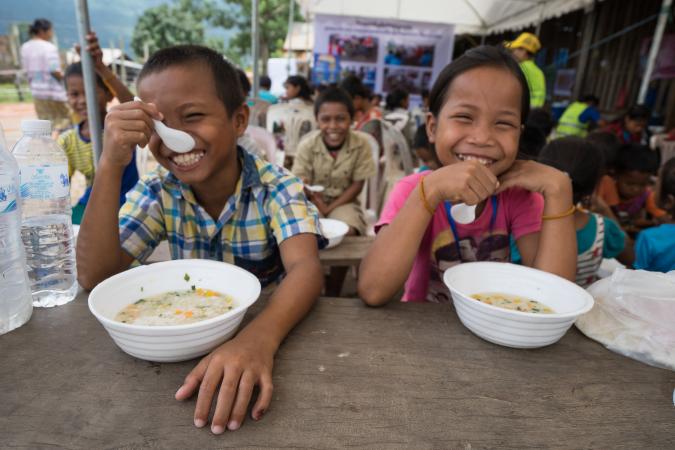 Children enjoy a meal prepared with the support of UNICEF in Oudomxay camp, Attapeu, Lao PDR.