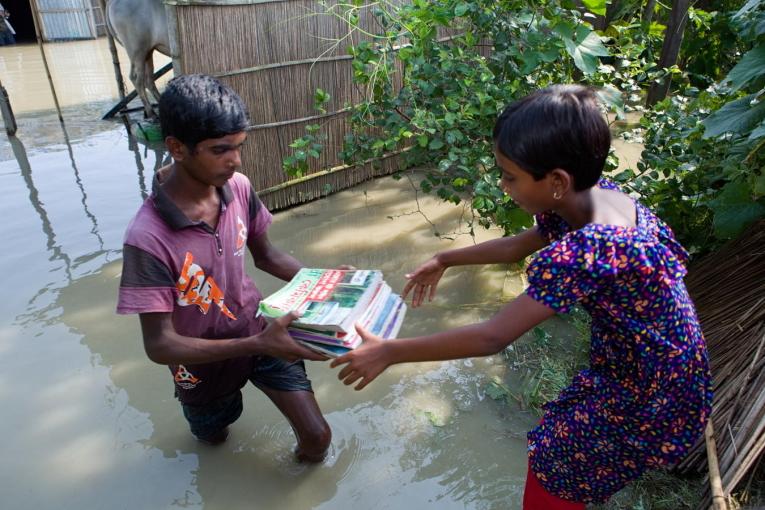 According to the report, while the poorest countries need to do more to support their children’s ability to live healthy lives, excessive carbon emissions – disproportionately from wealthier countries –  threaten the future of all children. If global warming exceeds 4°C by the year 2100 in line with current projections, this would lead to devastating health consequences for children, due to rising ocean levels, heatwaves, proliferation of diseases like malaria and dengue, and malnutrition.

For more information or to set up interviews with report authors, please contact: 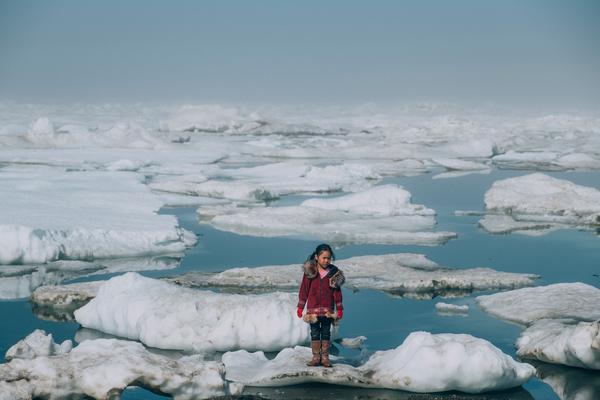 On 1 July 2016, an Iñupiat girl Amaia, 11, standing on an ice floe on a shore of the Arctic Ocean in Barrow, Alaska in the United States of America.
Browse through the full report