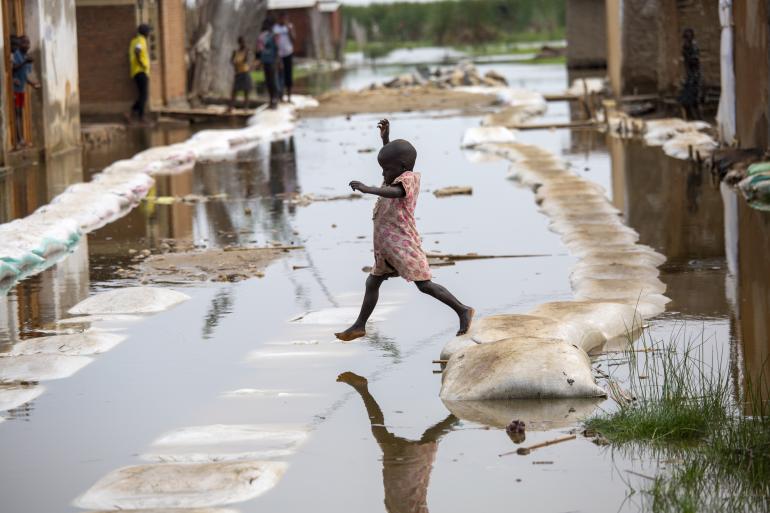 NEW YORK, 28 February 2022 – “Today’s landmark Intergovernmental Panel on Climate Change (IPCC) report removes whatever shred of doubt remained: The climate crisis is not a future threat.  It is here, it is accelerating, and it will continue to affect the world in increasingly devastating ways.

“Already, the climate crisis has exposed nearly every child, on every continent, to greater risk of more frequent, intense, and destructive climate hazards, from heatwaves and droughts to cyclones and flooding, from air pollution to vector-borne diseases.

“But for some children, the climate crisis is more than a heightened risk. It is a life-threatening reality.

“UNICEF’s recently released Children’s Climate Risk Index – the first comprehensive analysis of climate and environmental risk from a child’s perspective – shows that 1 billion children live in extremely high-risk countries where they are exposed to the most severe hazards, shocks, and stressors.  The impact on these children, their families, and their futures – and therefore, their societies – is enormous.

“Today, 1 billion of the world’s most vulnerable children are at risk.  Tomorrow, if the world fails to act, it will be all children.

“The evidence is irrefutable – the climate crisis is a children’s crisis.  And yet, children are consistently overlooked in climate crisis response planning.  Investing in the needs of children most impacted by climate change is not a priority.  In many cases it is not even on the agenda.

“The world cannot continue to overlook children as it grapples with the existential threat of climate change and environmental degradation. It is time to put our children at the center of climate action

“First and always, governments need to deliver on ambitious emissions reductions.   This remains the only long-term solution, as climate adaptation has limits. But we need to take action -- right now -- to help the most vulnerable children, living in countries with the lowest per-capita emissions, adapt to the impacts of climate change, so they can survive and thrive in a rapidly changing world.

“Preparing countries and communities through climate resilient development with a major focus on adaptation is the most effective way to protect vulnerable children’s lives and family livelihoods. It is proven to reduce child climate risk. It builds resilience to future, expected climate shocks. It delivers real economic benefits.

“Yet many countries either entirely lack adaptation plans, or have plans that do not protect or address their specific and urgent needs.  This means most children are still unprotected and unprepared for the intensifying impact of climate change.

“UNICEF is calling on every country to commit to ensuring child-centered adaptation is a centerpiece of all climate plans as a matter of highest priority.

“To be effective, child-centered adaptation plans and resilience measures need to be multi-sectoral, covering the critical sectors that support children’s survival and wellbeing: Water and sanitation; health, nutrition, and education; social policy and child protection.  They also need to focus resources and attention on reaching the most marginalized and vulnerable children from the poorest communities.  Just as important, they must be developed and implemented with the engagement and participation of young people -- ensuring their voices are heard and their needs are reflected in decisions. Lastly, they must be appropriately and urgently funded and resourced.

“Young people have already waited too long for leaders to take the deep, drastic actions needed to limit the climate crisis. Let’s not keep them waiting for us to take the smart, strategic actions that will help them survive it.” 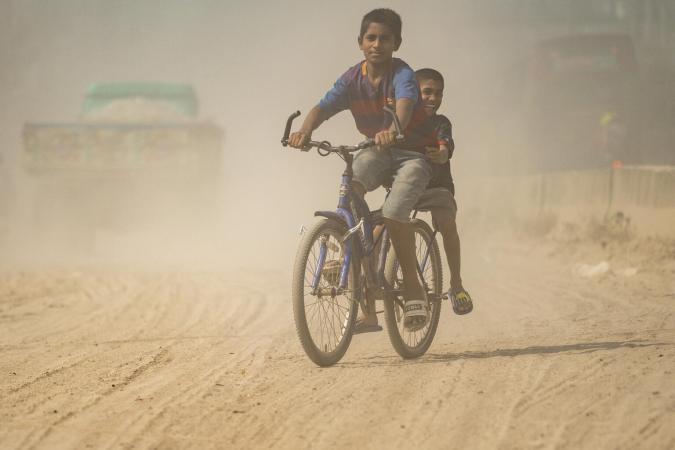