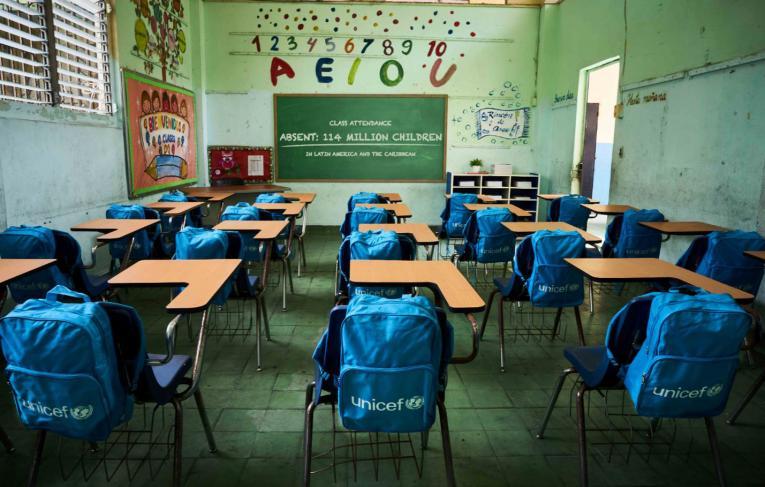 PANAMA, 24 March, 2021 - Total and partial school closures in Latin America and the Caribbean currently leave about 114 million students without face-to-face schooling according to UNICEF’s latest estimates.

One year after the beginning of the pandemic, Latin America and the Caribbean remains the region in the world with the largest number of children still missing out on in-person classes. On average, children in this region have lost 158 school days of face-to-face schooling.

To date, only seven countries in Latin America and the Caribbean have fully opened their schools. In 12 countries and territories, schools remain fully closed. In the rest of the region, classrooms are partially closed.

Despite government efforts to ensure continuity of distance education through virtual platforms, radio and TV, school disruptions have had a catastrophic impact on students’ learning achievements, protection, health, mental health and their socio-economic prospects in the future.

The longer children remain out of school, the less likely they are to return. It is estimated that more than 3 million children in the region may permanently drop out of school because of the pandemic.

In a region where before COVID-19 many students did not reach basic levels of math, reading and writing skills in elementary and middle school, the impact of prolonged school disruption on learning achievement will be severe and long-lasting.

According to a recent World Bank report, 71 percent of students in Latin America and the Caribbean in lower secondary education may not be able to understand a text of moderate length. Before the pandemic, the figure was 55 percent. That percentage could rise to 77 percent if schools are closed for three more months.

During school closures, some 45 million students in 24 countries in the region have been supported by UNICEF in the provision of distance programs and 9 million children, parents and primary caregivers have received mental health and psychosocial support in the community.

”Distance learning programmes should continue and be scaled up to reach more and more children, but they will never be a substitute to face-to-face schooling in the classroom with a teacher, especially for the most vulnerable children. We are not asking for all schools to reopen everywhere at the same time; we are asking for schools to be the first to open and the last to close. Several countries in Latin America and the Caribbean have made great progress in prioritizing an urgent and gradual school reopening; now it’s time for others to follow the same path across the region,” added Jean Gough.

UNICEF recognizes the efforts made by governments and education authorities in the region who together with partners and counterparts continue to mitigate the risks inherent to education disruption and its impact on children.

Last week, the Ministers of Education from Central America* and the Dominican Republic committed to prioritize the urgent and gradual reopening of schools. UNICEF praises this groundbreaking decision that now needs to be implemented with a sense of urgency and calls on education authorities in other parts of Latin America and the Caribbean to move in the same direction.

Given the urgent need to raise awareness about the importance of reopening and impact it has on children in the region, UNICEF is launching its #SchoolsFirstNotLast campaign reflecting the state of classrooms in the region, millions of empty chairs waiting for students to resume classes and continue their learning process.

Further contextualized regional guidance and relevant documents can be found here: Reopening of schools | UNICEF Latin America and the Caribbean 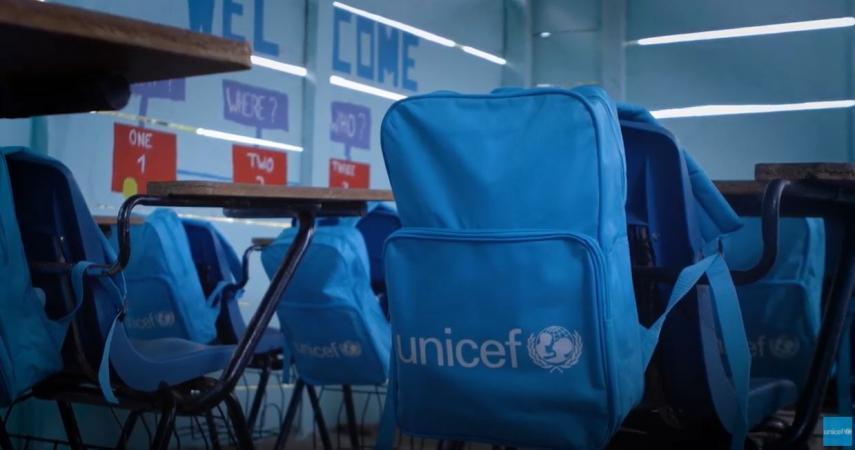 Education
Latin America and the Caribbean