Ensuring Ukrainian children keep learning can mean the difference between hope and despair.

The war in Ukraine is having a devastating impact on the lives and futures of the country’s 5.7 million school-aged children, including on their education. Children have been robbed of stability, safety, classrooms, friends, family, a home and hopes for the future.

Schools are a lifeline for children, especially in conflict, and should be safe spaces that offer a sense of normalcy, routine, and protection from harm. Yet since the war began, hundreds of schools across the country are reported to have been hit by heavy artillery, airstrikes and other explosive weapons in populated areas.

The social isolation and separation from support systems caused by the war has been especially disruptive for the most marginalised children, including those with disabilities and those without electronic devices and connectivity that offer a lifeline to learning, loved ones, and the world outside.

Why support for education matters

Getting children back to learning is a critical step in restoring normalcy in their lives after months of war and years of COVID-19 disruptions. Schools and other spaces that enable children to learn – ideally together with friends – provide both an education and a crucial sense of structure and safety to children. In addition, education can be an entry point for delivering other critical services, including psychosocial support that can help children heal and rebuild their lives, as well as immunization.

The sooner children are able to learn and interact with classmates and teachers in a school environment, the faster they catch up and recover – particularly the most vulnerable children. It is essential that every child is reached, their learning gaps are assessed, and that they are given the opportunity to catch up on lost learning.

For some children, this may mean learning in a traditional classroom. For many others, it may mean online learning at home, or in neighborhood clusters. In fact, millions of children in Ukraine and abroad are already using online and distance learning options. But enormous obstacles remain, including capacity and resource constraints, language barriers, and unpredictable movements of children and their families.

Ultimately, providing every child with safe access to education – and a sense of security – is critical to their ability to learn, thrive, and begin to recover and heal.

The national education systems in Ukraine and in countries hosting Ukrainian child refugees require immediate and sustained support. Ensuring access to education can be the difference between a sense of hope or despair for millions of children. UNICEF is therefore working with partners in Ukraine and neighbouring countries to provide creative, multi-faceted, and flexible solutions that combine low and high-tech methods to reach all children affected by the crisis – whether in Ukraine and or neighbouring countries – and minimize disruptions to their learning.

Inside Ukraine, UNICEF and partners have:

In neighbouring countries, Ukraine and partners have:

What UNICEF is calling for

UNICEF continues to call for an immediate ceasefire in Ukraine and to protect all children from harm. Meanwhile, we call for all feasible precautions to protect education from attack or misuse, and to adhere to legal responsibilities and moral obligation to protect civilians and civilian objects, to respect international humanitarian and human rights law, and to ensure the rights of children are upheld.

UNICEF is also calling on host country governments to: 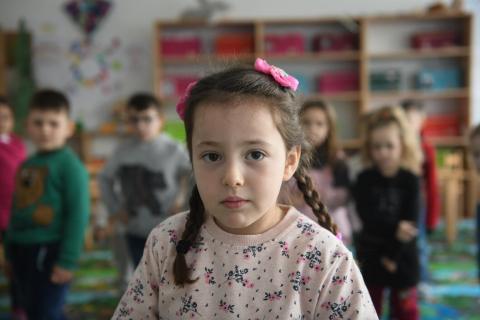 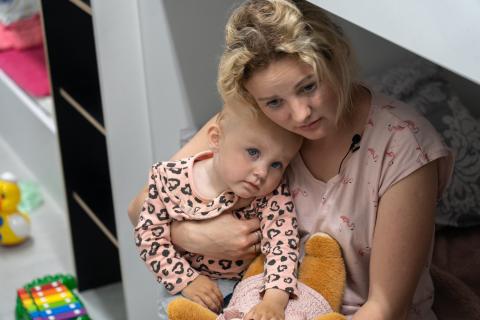 The war has been devastating for Ukraine’s families. UNICEF and partners are on the ground providing support for those in need 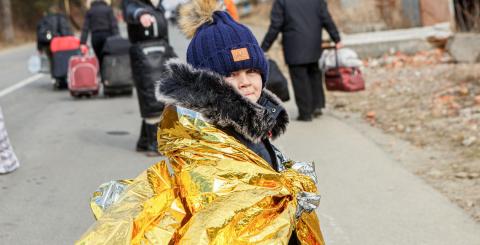