The Center will serve children and young people from the community located at the Brazilian border with Venezuela. Ta’rau Paru welcomed 600 indigenous refugees and migrants, who belong to the same ethnic group 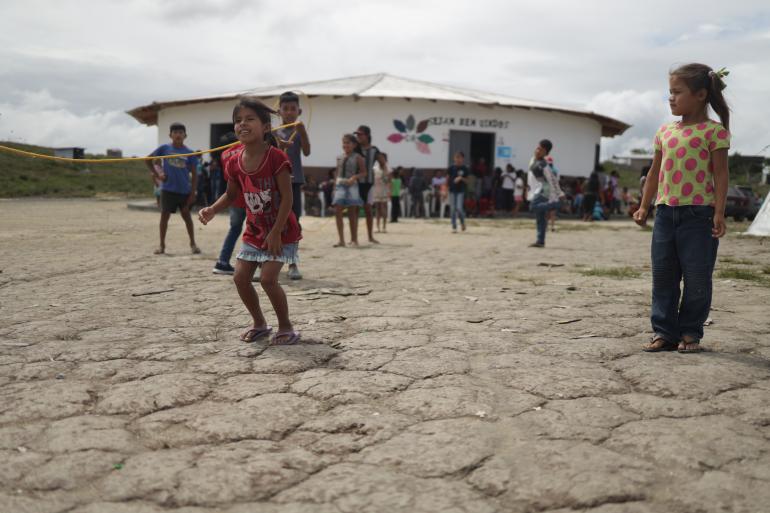 Boa Vista, 21 December 2021 – On Monday, December 20, the Ta’rau Paru indigenous community, in Pacaraima (RR), at the Brazilian border with Venezuela, gained a Cultural Center to host community activities. The new space will serve mainly the children, adolescents, and youth of the Taurepang-Pemón 900-people community – approximately 600 of them are welcomed indigenous Venezuelans. The creation of the Center is part of the UNICEF’s project in partnership with the Indigenous Council of Roraima (CIR), and the financial support from the European Civil Protection and Humanitarian Aid Operations (ECHO) and the Spanish Agency for International Cooperation for Development (AECID).

The Cultural Center, which is still to be named by the community, is masonry-built in the shape of a maloca (large communal indigenous house), measuring 16 meters in diameter. It is equipped with 50 armchairs, one printer, projector, computer, and other equipment that will facilitate the activities. This is where the Ta’rau Paru Súper Panas space will be sited (learn more at the end).

“It is important to seek, within the emergency response, sustainable solutions that respond to the needs of the community. This center will provide a space for the integration of children who arrived from Venezuela with those who were here before”, Marcela Bonvicini, Head of the UNICEF Office in Roraima, says.

Located within the São Marcos Indigenous Land, the Ta'rau Paru is one of the indigenous communities in Brazil most severely impacted by the flow of refugees and migrants from Venezuela – along with the Sakamutá, Bananal and Sorocaima II communities, all located at the border between Brazil and Venezuela. Considered one of the largest migration crises in the world, the Venezuelan Emergency has displaced more than 6 million people.

There, just 600 meters from the border, refugees and migrants have been welcomed: despite the boundaries between the two countries, these people are part of the same indigenous group that shares linguistic origins and kinship ties. However, the disordered population increase – a community of 300 that, at some point, was hosting 900 indigenous people who lived on the Venezuelan side – aggravated the vulnerability of these groups.

“The opening of the Cultural Center is the realization of a dream of the Taurepang people, of each family and each child in the community. The space was created to strengthen diversity and value our culture even more,” the Ta’rau Paru community member, Tuxaua Aldino Ferreira, declares.

According to the project designed by the community's tuxaua (cacique in Portuguese, or indigenous community chief), Aldino Ferreira, the Cultural Center is the first central part of a larger structure that will contain other spaces for coexistence and exchange.

“Indigenous peoples have no borders. This center will improve the quality of life of children and young people, as a space for coexistence, cultural exhibitions and the rescue of language and culture. It is a movement in search of community autonomy”, says the Coordinator of the CIR’s Department of Territorial and Environmental Management, Sineia do Vale.

After the opening, the children of the community will paint the interior walls of the space in an art workshop. In all, 452 children and adolescents currently live in Ta’rau Paru.

About UNICEF's work
The Súper Panas spaces – a common expression used in countries, like Venezuela, that can be translated as “super friends” – are friendly welcoming spaces that offer psychosocial support and non-formal education activities for refugee and migrant children and adolescents, thus integrating both education and protection interventions. The Súper Panas staff also work to prevent violence and abuse. In indigenous territories and shelters, the strategy is adapted to suit the cultural specificities of these populations. In Ta'rau Paru, the intervention began with psychological care offered to children who had witnessed armed conflict on the other side of the border.

Currently, 27 Súper Panas are open in the states of Roraima, Amazonas and Pará, implemented with the financial support from the ECHO and the United States’ Bureau of Population, Refugees, and Migration (PRM).

In addition to the Súper Panas space for children and adolescents, UNICEF works to create permanent spaces for dialogue with indigenous peoples to build guidelines for care and access to services, as well as to strengthen capacities for political dialogue and autonomy. In the migration context of Roraima, Amazonas and Pará states, indigenous refugees and migrants living in shelters and spontaneous occupations are monitored for health and nutrition, as well as access to water and sanitation. UNICEF also works with national and local institutions linked to migrant regularization, health, and education so that the assistance these entities provide to these indigenous groups takes into account the cultural particularities of such communities. 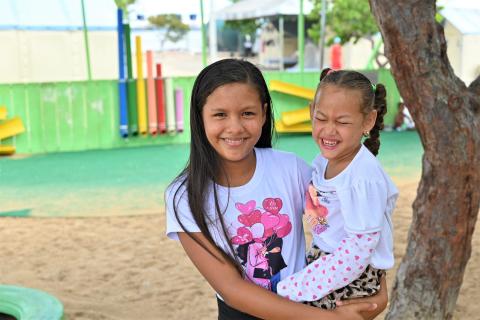 Coming from Venezuela, siblings want to go back to school

Migrants Carmen and Juan feared they would not be able to provide education for their 3 children. 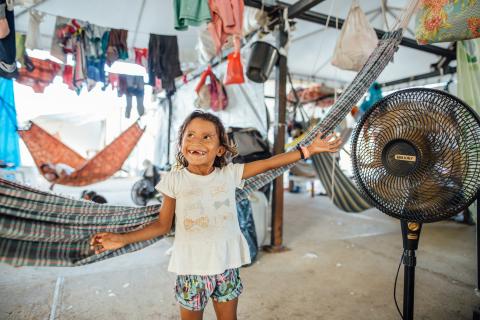 Being only 6 years old, Dayse has already faced difficulties that should not be part of any child's life. 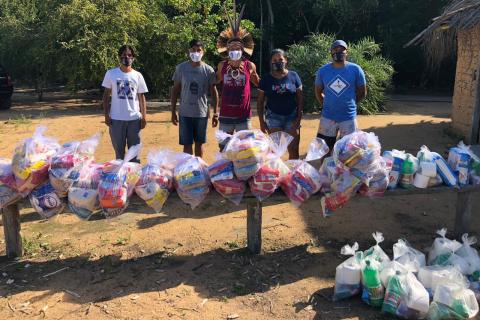 Indigenous youth open up about the impact of the COVID-19 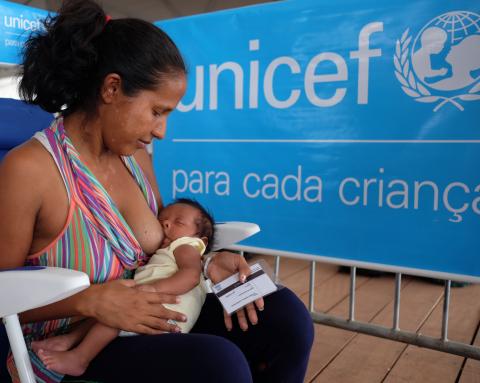