‘Teaching is learning’: A doctor’s view in DPR Korea

In a country facing chronic food insecurity, a doctor becomes a 'master trainer' in combatting malnutrition

JONGJU CITY, Democratic People's Republic of Korea, 21 June 2018 – Dr. Ri Song Hwan has been working as a paediatric doctor for 16 years and is more than familiar with the task of combatting malnutrition among young children in Jongju city, DPR Korea. “Last year we would treat around 50 malnourished children per month,” he says. “This year the number is going down – we’re making progress.”

One reason for this, Dr. Ri says, is due to UNICEF-supported training he received to teach doctors on care practices for children throughout the county.

“Last year alone I trained 102 people,” he says with a hint of pride. “The training is very helpful in improving our understanding about how best to treat children. For example, in previous years, doctors would often treat children with diarrhoea using IV drips and antibiotics. But now we know it’s better to use oral rehydration salts first.”

The impacts were very clear.

“Before, we’d expect a sick child to need one week to ten days to become healthy again. Now, it takes only five days to recover from a severe sickness.”

DPR Korea has faced more than two decades of chronic food insecurity and high levels of undernutrition in mothers and children. Nationally one in five children are affected by stunting – a sign of chronic undernutrition during the most critical periods of growth. However, the poorest children and those in rural areas are much worse off. Currently two thirds of children aged 6-23 months receive the minimum acceptable diet, and bouts of diarrhoea reduce children’s’ ability to further absorb nutrients.

Dr. Ri explained that part of the training includes counselling parents on better feeding practices and child care. “One reason children are getting sick is because of a lack of knowledge about child care from parents,” says Dr. Ri. “They don’t know how to treat diarrhoea properly, and without clean water children can become easily sick. Poor hygiene practices at home also contribute.”

While explaining the situation, Dr. Ri visited 18-month-old baby Kim Hyang Jong. “When she first came to the hospital she was severely malnourished and couldn’t walk or support herself,” he said while sitting with the baby and her mother.

“Around mid-March she became sick with diarrhoea,” explained mother Hyun Un Jong. “We tried treating it with medicine, but it didn’t work. She wasn’t eating and became very weak. She was then referred to this hospital and we’ve been here for 25 days.”

Since being in hospital, young Kim Hyang Jong has gained 800 grams and will soon be discharged. She’s one of the lucky children and her mother has learned how to better care for her in the future.

“I’ve had some counselling and now I know how some of our habits at home were making her sick,” said Hyun Un Jong while cradling her baby. “I know how important it is to make sure water is clean and we feed her well. If I have a second baby, I’ll know better.”

“After the training, we better understand how critical those first 1,000 days of life are for the development of children,” said Dr. Ri. “If we fail to look after the child during that time, we fail that child and stop them from reaching their full potential. That’s why counselling mothers is important, and it’s important this knowledge goes to the community level to increase impact.”

To help improve the health of children throughout the country, UNICEF is supporting the government to expand the community-based management of acute malnutrition services all over the country. This programme is providing screening for early diagnosis, referral and treatment services to severe acute malnourished children and is the only programme supporting hospitalized children suffering from wasting – a condition resulting from acute malnutrition that poses an immediate threat to a child’s survival.

A bag of hope: bringing essential medicines to remote villages in DPR Korea 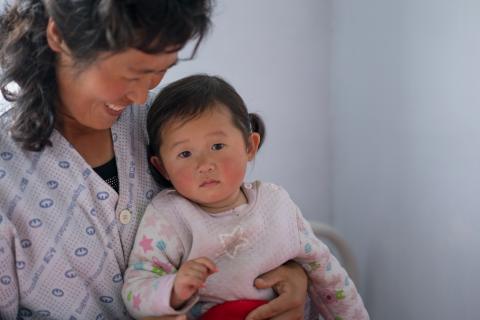 Better indicators for children in DPR Korea but challenges persist, new data on the situation of children and women shows 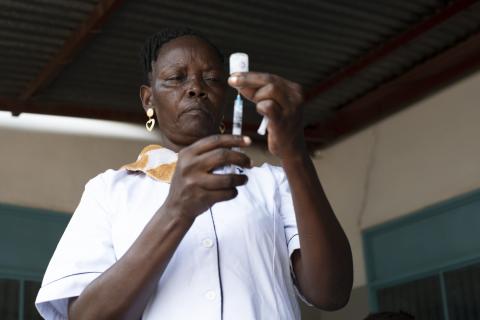 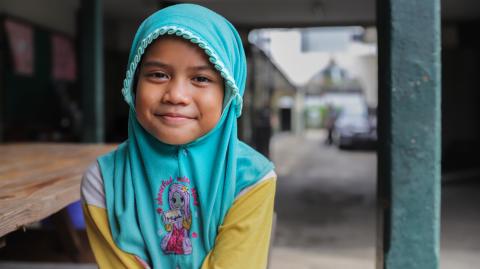 It's time for a mental health revolution

Investment in child mental health is a human rights imperative. The time for it is now. 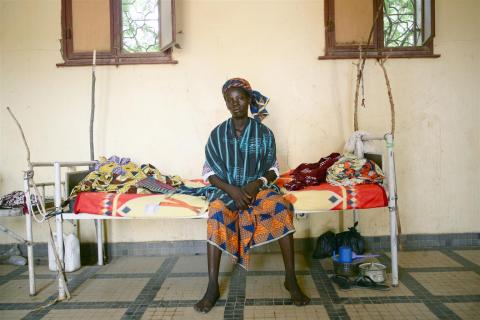