2021: A year marked by conflict, COVID and climate change

Children are suffering from crises that they cannot control.

Two years since the COVID-19 pandemic began to sweep the globe, life remains upended for hundreds of millions of children. Classrooms have sat empty. Families have struggled through financial crisis. Life-saving immunizations have been halted.

Compounding the ongoing devastation of the pandemic in 2021 has been a deadly combination of conflict, poverty and the growing impact of climate change. In Latin America, thousands of migrant children and their families have fled poverty and violence through the Darien Gap – a dense tropical forest that is one of the most dangerous routes in the world for migrants. The world’s worst humanitarian crises for children have deteriorated further in Afghanistan, Yemen, Syria, and the Democratic Republic of the Congo. The number of children suffering from life-threatening malnutrition is rising. And climate change is worsening the scale, frequency, and intensity of emergencies with devastating effects on families.

Sadly, the response to these crises is not matching their scale, and tens of millions of children are having their childhoods stolen by forces over which they have no control. In 2021, as always, it has been the children already living through crises who have been hardest hit. They need urgent help.

For Mozambique, 2021 started with a powerful storm that hit a region still recovering from the devastation of Cyclone Idai less than two years earlier, destroying homes, displacing families and causing widespread food insecurity. Cyclone Eloise was a stark reminder that children are bearing the brunt of climate-related severe weather events and that action is urgently needed to strengthen the resilience of vulnerable communities.

Life has become a living hell for many of Yemen’s children. Years of armed conflict and economic decline, the COVID-19 pandemic and a severe funding shortfall for the humanitarian response are pushing exhausted communities to the brink, and leaving a growing number of children vulnerable to malnutrition. A warning in February from four UN agencies that hundreds of thousands more were at risk without urgent treatment was just the latest reminder of how dire the situation has become for the country’s children.

Ten years of conflict in Syria

The conflict in Syria has left the lives and futures of a generation of children hanging by a thread. A decade of conflict has had a staggering impact on children and families, with thousands killed and hundreds of thousands suffering from stunting as a result of chronic malnutrition. In March, families in northern Syria were emerging from another long winter – after battling severe weather, including torrential rain and snow – still living in tents, shelters and destroyed or unfinished buildings.

Six months after conflict erupted in northern Ethiopia, families in the region were dealing with multiple crises, with no end in sight. By mid-April, more than one million people had been displaced as fighting continued, separating children from parents and caregivers and leaving them at greater risk of violence. Tens of thousands more children were at risk of life-threatening malnutrition amid extensive, systematic damage to the food, health, nutrition, water and sanitation systems and services that children and their families depend on for their survival.

Water under fire in Ukraine

A UNICEF report released in May found that eastern Ukraine had experienced around 380 attacks on water infrastructure since 2017. Attacks on water and sanitation facilities and workers in conflicts around the world continue to put the health and lives of millions of children at risk – denying children and families access to critical water and sanitation services – including in Ukraine.

Violence in the State of Palestine

Gaza’s children were left reeling from a violent escalation in conflict in May. Lives were lost and families shattered, with devastating impacts on children. In Gaza, schools and health facilities were damaged and homes and offices were flattened, with many families left displaced. In Israel, schools, homes and buildings were also damaged.

A deadly surge in COVID-19 cases in South Asia – home to almost 2 billion people – placed an enormous strain on health and critical care facilities in the region, leaving vulnerable families paying a particularly steep price. At the heart of the crisis was a desperate need for oxygen, and UNICEF responded in India by installing oxygen plants and supplying thousands of oxygen concentrators to support the response on the frontline.

A decade after South Sudan’s independence, more children are in need of urgent humanitarian assistance than ever before. Bouts of violence and conflict, recurring floods, droughts and other extreme weather events fuelled by climate change, and a deepening economic crisis have led to extremely high food insecurity, and one of the world’s worst humanitarian crises.

Afghanistan was already one of the most dangerous places in the world to be a child. But as the crisis escalated in August, the situation became even more desperate. Conflict, drought, and COVID-19 have collided to create a humanitarian emergency, while too many of Afghanistan’s children are living with the emotional and physical scars of scenes that no child should ever see.

A powerful earthquake in Haiti in August devastated homes, schools and hospitals. Even before the disaster, Haiti was facing multiple crises, including growing political instability, growing gang-related violence and insecurity, civil unrest, and rising food insecurity and malnutrition. But the earthquake left tens of thousands of children and their families in urgent need of health care, clean water and shelter.

In September, UNICEF announced that schoolchildren around the world had lost an estimated 1.8 trillion hours – and counting – of in-person learning since the onset of the COVID-19 pandemic and subsequent lockdowns. As a result, young learners have been cut off from their education and the other vital benefits schools provide.

The development of safe and effective COVID-19 vaccines has been a huge step forward in the global effort to end the pandemic and to get back to doing more of the things we enjoy with the people we love. But there is currently a limited number of vaccines, and African countries in particular have largely been left without access to COVID-19 vaccines. In October, influencers and supporters across Africa signed and shared an open letter calling on G20 leaders to honor their promises to urgently deliver doses.

In October, UNICEF warned that the number of migrant children who cross the Darien Gap – a jungle that separates Colombia and Panama – had hit an all-time high. In this dense tropical forest, migrant families with children are particularly exposed to violence, including sexual abuse, trafficking and extortion from criminal gangs. Children who cross the Darien Gap are also at risk of getting diarrhoea, respiratory diseases, dehydration and other ailments that require immediate attention.

As extreme weather events such as cyclones and heatwaves increase in frequency and ferocity, they threaten children’s lives and destroy infrastructure critical to their well-being. Floods compromise water and sanitation facilities, leading to diseases such as cholera, to which children are particularly vulnerable. UNICEF was at the UN climate conference, COP26, in November to ensure that the climate crisis is recognized as a crisis for children and their rights.

“Hellish conditions” in the Democratic Republic of the Congo

Tens of thousands of children living in a remote and inaccessible hilltop camp for displaced people in the province of Ituri, in the Democratic Republic of the Congo, are braving “hellish conditions” without adequate food, shelter, protection, security and sanitation, UNICEF warned in early December. The dramatic growth of Rhoe camp followed several attacks on nearby camps by armed groups, forcing thousands of already-displaced people to seek sanctuary there.

UNICEF has been on the ground protecting children, keeping them learning, and supporting their health and nutrition across new and worsening crises. In December, UNICEF launched a US$9.4 billion emergency funding appeal for children – its largest ever – to reach 177 million children affected by humanitarian crises and the COVID-19 pandemic worldwide. 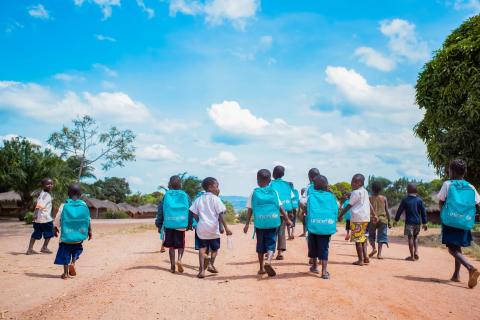 By working together, we can build a better future for every child living through conflict and crisis. 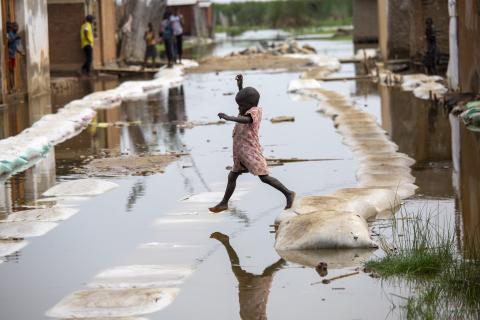 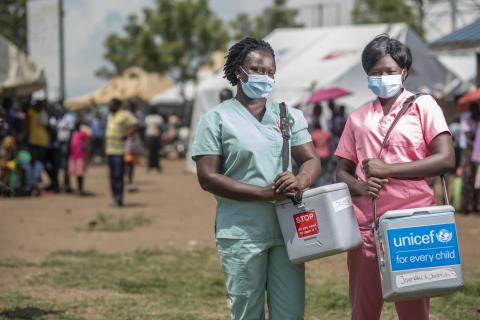