New report ranks the Netherlands, Denmark and Norway the best among EU and OECD countries for child wellbeing; and highlights substantial threats to child well-being due to the COVID-19 pandemic 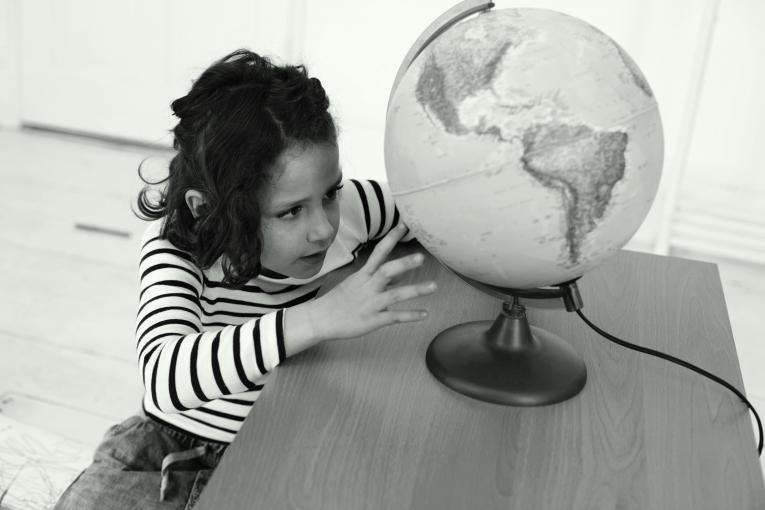 FLORENCE/NEW YORK, 3 September 2020 – Suicide, unhappiness, obesity and poor social and academic skills have become far-too-common features of childhood in high-income countries, according to the latest Report Card issued today by the UNICEF Office of Research – Innocenti.

UNICEF’s Report Card Series – now running for 20 years – uses comparable national data to rank EU and OECD countries on childhood. Worlds of Influence: Understanding what shapes child well-being in rich countries uses pre-COVID-19 data and features a league table according to children’s mental and physical health and academic and social skill-set. Based on these indicators the Netherlands, Denmark and Norway rank as the top three places to be a child among wealthy countries.

“Many of the world’s richest countries – which have the resources they need to provide good childhoods for all – are failing children,” said Gunilla Olsson, Director of UNICEF Innocenti. “Unless governments take rapid and decisive action to protect child well-being as part of their pandemic responses, we can continue to expect soaring child poverty rates, deteriorating mental and physical health, and a deepening skill divide among children. COVID-19 related support for families and children are woefully inadequate. More must be done to provide children with a safe and happy childhood – now.”

Key findings from the Report Card

Mental health: In most countries, less than four-fifths of children report being satisfied with their lives. Turkey has the lowest rate of life satisfaction at 53 per cent, followed by Japan and the United Kingdom. Children who have less supportive families and those who are bullied have significantly poorer mental health.

Lithuania has the highest rate of adolescent suicide – a leading cause of death among 15-19-year olds in rich countries – followed by New Zealand and Estonia.

Physical health: Obesity and overweight rates among children have increased in recent years. Around 1 in 3 children across all countries are either obese or overweight, with rates in Southern Europe also sharply increasing. In more than a quarter of rich countries child mortality is still above 1 per 1,000.

Skills: On average 40 per cent of children across all OECD and EU countries do not have basic reading and mathematics skills by age 15. Children in Bulgaria, Romania and Chile are the least proficient in these skills. Estonia, Ireland and Finland the most proficient. In most countries, at least 1 in 5 children lack confidence in their social skills to make new friends. Children in Chile, Japan and Iceland are the least confident in this area.

The report also contains data on clear areas of progress in child well-being. On average, 95 per cent of pre-school aged children are now enrolled in organized learning programmes, and the number of young people aged 15-19 not in education, employment or training has declined in 30 out of 37 countries. Yet, these important gains are at risk of falling back due to the impact of COVID-19.

“In times of crisis and calm, families need supportive governments and workplaces in order to raise the next generation of happy and healthy citizens,” said Fayaz King, Deputy Executive Director at UNICEF. “An investment in children is a direct investment in our future.”

Due to the COVID-19 outbreak, in the first half of 2020 most of the countries covered in the report kept schools closed for more than 100 days while strict stay-at-home policies were also implemented. The report notes that loss of family members and friends, anxiety, stay-at-home restrictions, lack of support, school closures, the balancing of work and family life, poor access to healthcare, combined with the economic loss caused by the pandemic are catastrophic for children’s well-being, affecting their mental and physical health, and their development.

Before the COVID-19 outbreak the average relative child poverty rate across the 41 countries was 20 per cent. With GDP expected to fall over a two-year period in almost all of these countries, unless governments take immediate remedial actions child poverty will rise.

“As the economic, educational and social fallout of the pandemic continues to take hold, without concerted effort, there will be a worsening, devastating impact on the well-being of today’s children, their families and the societies they live in,” said Olsson. “But these risks do not have to become the reality, if governments take decisive action now to protect children’s well-being.”

On the basis of the report and these recent developments UNICEF is calling for the following steps to protect and improve child well-being:

Worlds of Influence builds on previous rankings of child well-being in Report Cards 11 (2013) and 7 (2007) to provide a more comprehensive view of well-being that assesses children’s own actions and relationships, the networks and resources available to their caregivers as well as national policies and context. 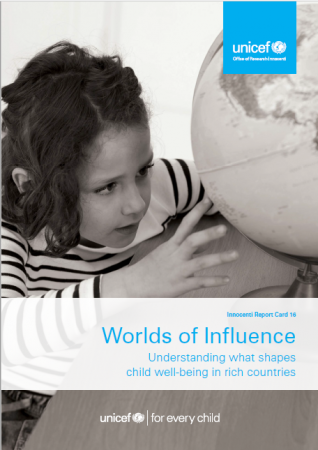 The Office of Research – Innocenti is UNICEF’s dedicated research centre. It undertakes research on emerging or current issues in order to inform the strategic directions, policies and programmes of UNICEF and its partners, shape global debates on child rights and development, and inform the global research and policy agenda for all children, and particularly for the most vulnerable. Please visit: www.unicef-irc.org

W is for work and well-being

When workers’ basic rights are respected, the better their chances of maintaining their mental well-being