More reliable ground-level measurements are required to combat this silent killer of children, particularly in Africa where the problem is growing and gravely under-studied 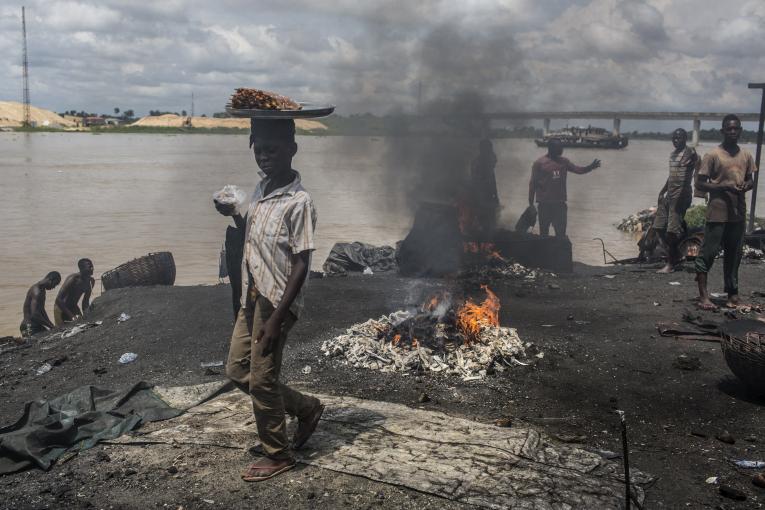 UNICEF/UN037170/Bindra
On 24 October 2016 in Yenagoa, Bayelsa State, Nigeria, children pass in front of a flame fed by waste and rubber materials in order to make Kanda, a type of smoked meat, at an abattoir. The workers at the slaughterhouse use cow bones, rubber tires, electric wires, aluminum cans and other waste to sustain the flames, making the fumes very dangerous to inhale.

NEW YORK, 5 June 2019 – Only 6 per cent of children in Africa live in areas where air pollution is reliably measured at ground-level, leaving half a billion children across the continent living in areas with no reliable means of measuring air quality, according to a new UNICEF report released on World Environment Day.

The report notes that air pollution is a growing challenge for Africa. Air pollution also impacts ecosystems – vital to livelihoods and health – as well as food crops. A recent study noted in the report estimates the economic cost of premature deaths from outdoor air pollution across Africa to be $215bn.

Deaths from outdoor air pollution in Africa have increased 57 per cent over nearly three decades, from 164,000 in 1990 to 258,000 in 2017. Without ground-level monitoring stations that reliably measure air quality, Africa’s children are increasingly at risk of unwittingly breathing air that is toxic for their health and brain development, and the ability to devise effective responses is greatly compromised.

“Air pollution is a silent killer of children. And in Africa especially, we know the problem is severe, we just don’t know how severe,” said UNICEF Executive Director Henrietta Fore. “Reducing children’s exposure to pollutants – and therefore reducing the damage to children’s health and early brain development – begins with a reliable understanding of the quality of air they are breathing in the first place.”

Ultrafine pollution particles are so small they can enter the blood stream, travel to the brain, and damage the blood-brain barrier, which can cause neuro-inflammation. Other types of pollution particles, such as polycyclic aromatic hydrocarbons, can damage areas in the brain that are critical in helping neurons communicate, the foundation for children’s learning and development.

To understand the full extent of the problem, UNICEF urges governments to put in place permanent and high-quality ground-level monitoring stations as public goods. When combined with satellite imagery, such stations would form the backbone of a system that would help improve the reliability of less precise monitoring stations that capture variations across cities.

Noting some of the ways to reduce air pollution – as well as children’s exposure to it in the first place – UNICEF urges governments to:

“A young child’s brain is especially vulnerable because it can be damaged by a smaller dosage of toxic chemicals, children breathe more rapidly, and physical defenses and immunities are not fully developed,” said Fore. “If toxic air is stunting our children’s development, it is stunting our societies’ development as well. All governments should take the necessary steps to make sure we know exactly what we are putting into the air and what it is doing to our children’s health and well-being.”

For additional information, read the paper here. Spokespeople are available for media interviews. 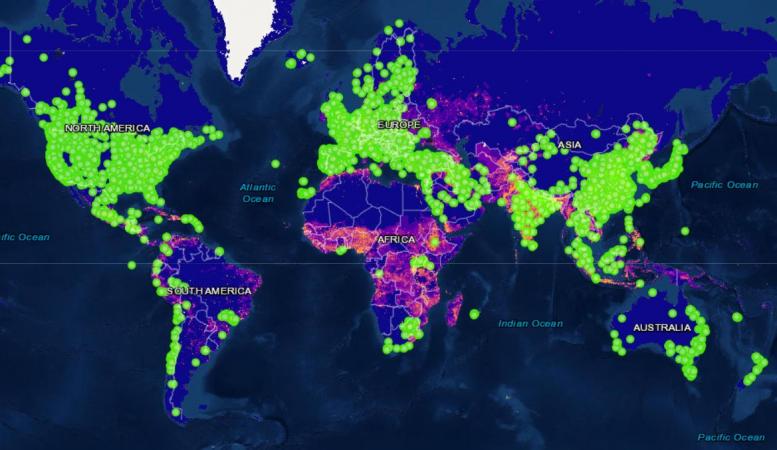