More women and children survive today than ever before – UN report

Despite progress, a pregnant woman or newborn dies somewhere in the world every 11 seconds 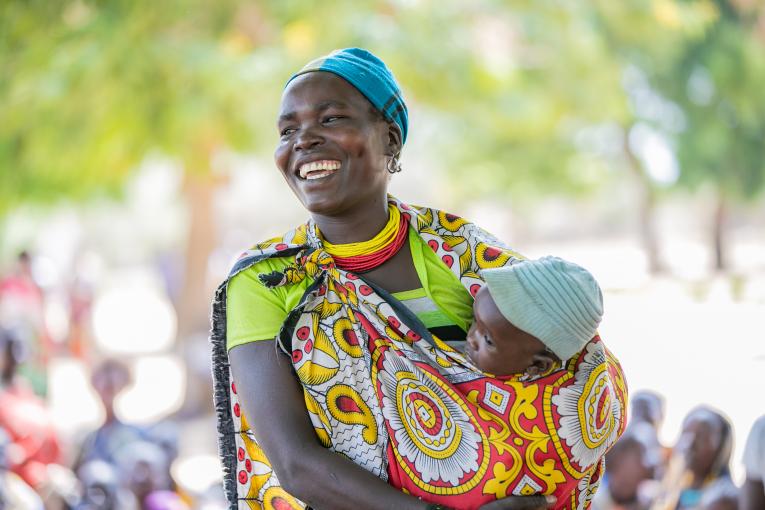 NEW YORK/ GENEVA, 19 September 2019: More women and their children are surviving today than ever before, according to new child and maternal mortality estimates released today by United Nations groups* led by UNICEF and the World Health Organization (WHO).

Since 2000, child deaths have reduced by nearly half and maternal deaths by over one-third, mostly due to improved access to affordable, quality health services.

“In countries that provide everyone with safe, affordable, high-quality health services, women and babies survive and thrive,” said Dr Tedros Adhanom Ghebreyesus, Director-General of WHO. “This is the power of universal health coverage.”

Still, the new estimates reveal that 6.2 million children under 15 years died in 2018, and over 290 000 women died due to complications during pregnancy and childbirth in 2017. Of the total child deaths, 5.3 million occurred in the first 5 years, with almost half of these in the first month of life.

Women and newborns are most vulnerable during and immediately after childbirth. An estimated 2.8 million pregnant women and newborns die every year, or 1 every 11 seconds, mostly of preventable causes, the new estimates say.

Children face the highest risk of dying in the first month, especially if they are born too soon or too small, have complications during birth, congenital defects, or contract infections. About a third of these deaths occur within the first day and nearly three quarters in the first week alone.

The estimates also show vast inequalities worldwide, with women and children in sub-Saharan Africa facing a substantially higher risk of death than in all other regions.

Level of maternal deaths are nearly 50 times higher for women in sub-Saharan Africa and their babies are 10 times more likely to die in their first month of life, compared to high-income countries.

In 2018, 1 in 13 children in sub-Saharan Africa died before their fifth birthday– this is 15 times higher than the risk a child faces in Europe, where just 1 in 196 children aged less than 5 die.

The world has made substantial progress in reducing child and maternal mortality. Since 1990, there has been a 56% reduction in deaths of children under 15 years from 14.2 million deaths to 6.2 million in 2018. Countries in Eastern and South-Eastern Asia have made the most progress, with an 80% decline in under-five deaths.

Belarus, Bangladesh, Cambodia, Kazakhstan, Malawi, Morocco, Mongolia, Rwanda, Timor-Leste and Zambia are some of the countries that have shown substantial progress in reducing child or maternal mortality. Success has been due to political will to improve access to quality health care by investing in the health workforce, introducing free care for pregnant women and children and supporting family planning. Many of these countries focus on primary health care and universal health coverage.

For children who survive the first month, infectious diseases such as pneumonia, diarrhea and malaria account for the most deaths globally. In older children, injuries, including road traffic injuries and drowning become important causes of death and disability.

Maternal deaths are caused by obstetric complications such as high blood pressure during pregnancy and severe bleeding or infections during or after childbirth; and increasingly due to an existing disease or condition aggravated by the effects of pregnancy.

The global target for ending preventable maternal mortality (SDG target 3.1) is to reduce global maternal mortality ratio (MMR) to less than 70 per 100 000 live births by 2030. The world will fall short of this target by more than 1 million lives if the current pace of progress continues.

Download photos, graphs and broll here.  Click here for a special fact sheet on how for mothers and their babies, child birth is a particularly vulnerable time.

Note that regions named in this release are the United Nations SDG Regions.

*These estimates are from two UN reports as outlined below:

About the child mortality estimates

About the maternal mortality estimates

The Maternal Mortality Estimation Inter-Agency Group (MMEIG) is led by WHO and includes UNICEF, UNFPA, World Bank Group and the United Nations Population Division. It was established to advance the work on monitoring progress towards UN Development Goals on maternal mortality.  Together, the MMEIG and its Technical Advisory Group have collective expertise in maternal health, epidemiology, statistics, demography, and data collection. We are dedicated to producing the most reliable estimates possible in the most transparent and well-documented way. The MMEIG has produced 9 peer-reviewed sets of maternal mortality. Each set of estimates has progressively built on the previous methodology. For more information visit: www.who.int/reproductivehealth/publications/maternal-mortality-2017/en/

Quotes from the partner agencies: