Surviving birth: Every 11 seconds, a pregnant woman or newborn dies somewhere around the world 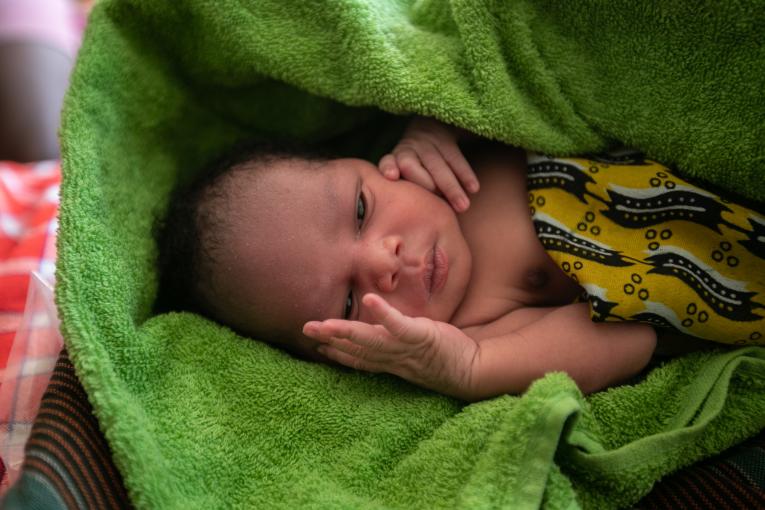 UNICEF/UN0306482/Abdul
Newborn child at Nabilatuk H/C IV, Kaabong District is wrapped in a clean a warm towel provided to mothers upon delivery, through the newborn kits.

An estimated 2.8 million pregnant women and newborns die every year, or 1 every 11 seconds, mostly of preventable causes, according to new mortality estimates released by UNICEF, the World Health Organization (WHO), the United Nations Population Division, UNFPA and the World Bank Group.

For mothers and their babies, the period surrounding birth is a particularly vulnerable time. For mothers, complications leading to maternal death can occur without warning at any time during pregnancy and childbirth. In 2017, according to the latest estimates, over 800 women died each day from complications in pregnancy and childbirth, or over 290,000.

Likewise, for newborns, the first 28 days of life – the neonatal period –are critical for a child’s survival. Children face the highest risk of dying in their first month of life. In 2018, 7,000 newborn babies died every day. About a third died on the day they were born and nearly three quarters in the first week alone. According to the latest estimates on child mortality, newborns accounted for around half of the 5.3 million under-five child deaths in 2018.

The following provides more information on how mothers and newborn babies are most vulnerable during child birth, and other key takeaways from the latest update of the United Nations Inter-agency Group for Child Mortality Estimation (UN IGME):

Through its global campaign, Every Child ALIVE, which demands solutions on behalf of the world’s newborns, UNICEF urges governments, the private sector and civil society to:

About UN IGME
The United Nations Inter-agency Group for Child Mortality Estimation or UN IGME was formed in 2004 to share data on child mortality, methods for child mortality estimation, report on progress towards child survival goals and enhance country capacity to produce timely and estimates of child mortality. UN IGME is led by UNICEF and includes the World Health Organization, the World Bank Group and the United Nations Population Division of the Department of Economic and Social Affairs. For more information visit: http://www.childmortality.org/

About the Maternal Mortality estimates (MMEIG)