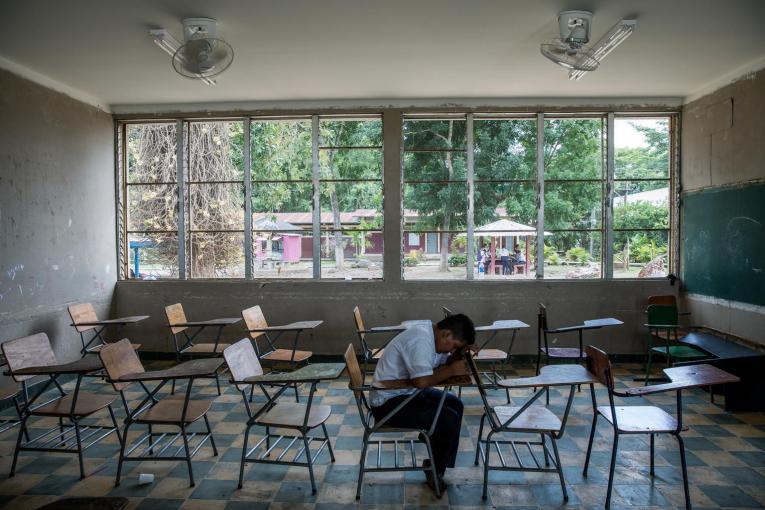 UNICEF/UN0232616/Zehbrauskas
In Villanueva, Honduras, Darwin, 16, sits in the classroom he shared with his friend Henry. Henry committed suicide in September 2016. According to a teacher, the close friends were targeted by bullies. "I was hit very hard," says Darwin, "I still can't get over it."

NEW YORK, 6 September 2018 – Half of students aged 13 to 15 worldwide – around 150 million – report having experienced peer-to-peer violence in and around school, according to a new report released by UNICEF today. 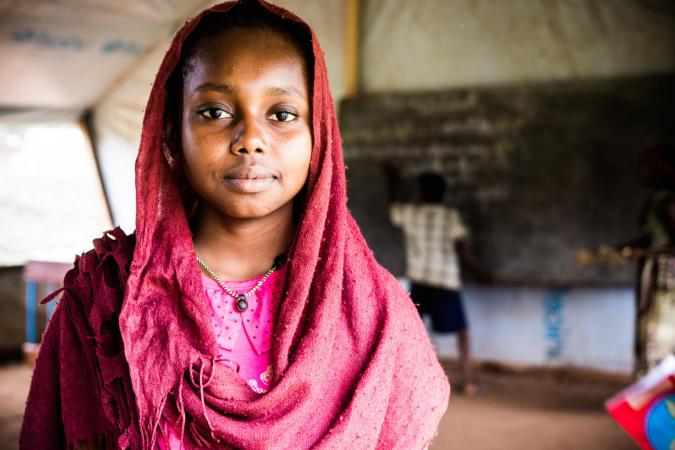 UUNICEF works in some of the world’s toughest places, to reach the world’s most disadvantaged children. Across 190 countries and territories, we work for every child, everywhere, to build a better world for everyone.