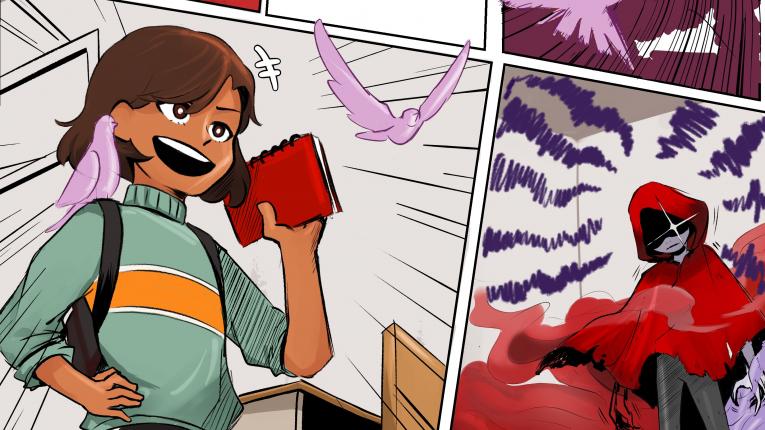 Rizka
Rizka created superhero Cipta to help stop the violence and bullying that children face in and around schools every day in Indonesia and around the world.

JAKARTA/NEW YORK, 16 July 2019 – A youth artist and activist from Makassar, Indonesia, unveiled today a new comic book designed to help keep children and young people safe from violence in and around schools.

Rizka created superhero Cipta to help stop the violence and bullying that children face in and around schools every day in Indonesia and around the world. In the comic book, Cipta brings her drawings to life in order to defeat invisible forces and restore peace in schools.

“I hope Cipta can inspire others to take action, especially those that are afraid to speak up,” said Rizka. “Through the comic I want to help other young people overcome their fears and use their own superpowers to stop bullying and violence, including through art and expression, such as drawing, writing, activism or acting.”

Since winning the worldwide contest earlier this year, Rizka has been working with a team of comic book professionals in the United States to bring her concept to life. This includes a mentorship with DeCheser Media and support from Tim Lattie – known for iconic comic designs Ghostbusters, Teenage Mutant Ninja Turtles, Plants vs Zombies and Night Stars – and a mentoring session with international comic artist Gabriel Picolo.

Rizka worked with the team on the scripting, penciling, paneling and colouring processes to produce a 10-page comic book named after her winning superhero, Cipta.

UNICEF and Comics Uniting Nations’ School Superhero Comic Contest – launched in October 2018 – called on children and young people to create a comic superhero that can keep students safe from violence in and around schools, including bullying. Over 3,600 submissions were entered by young people from more than 130 countries, and more than 23,000 votes were cast on the contest website to determine the winner. Rizka’s winning comic will be distributed to students in more than 100,000 schools globally.

“Cipta is a powerful metaphor for the young superheroes all over the world taking action against violence and bullying in and around schools,” said UNICEF Executive Director Henrietta Fore. “As we mark the 30th anniversary of the adoption of the Convention on the Rights of the Child, I have no doubt that young people around the world, including Rizka, will inspire world leaders to take action for the rights of every child.”

Children and young people are taking centre stage at the United Nations High-Level Political Forum on Sustainable Development, held from 9 – 18 July 2019. The annual meeting brings together governments and other stakeholders, including young people, to discuss how to accelerate progress towards the 2030 Sustainable Development Goals, with a focus this year on education (SDG 4) and peaceful societies, including ending violence in schools (SDG 16).

As well as celebrating Rizka’s win, UNICEF and the Government of Indonesia led a high-level dialogue at the HLPF in New York on 15 July, about how to accelerate progress towards the 2030 Sustainable Development Goals by focusing on the UN Convention on the Rights of the Child (CRC). Indonesia is leading the way in child-focused SDGs planning – a prerequisite for the former – and has launched a preliminary report SDGs for Children: 2030 Scenarios for Children in addition to the national SDG Roadmap 2030.

About UNICEF and Comics Uniting Nations’ School Superhero Comic Contest
From fighting and bullying to sexual harassment and corporal punishment, violence in and around school can have devastating, long-term consequences for children. The global superhero comic contest was designed to encourage children and young people to be part of UNICEF’s global campaign to shed light on and spark action to #ENDviolence in schools through the creative medium of comic design. 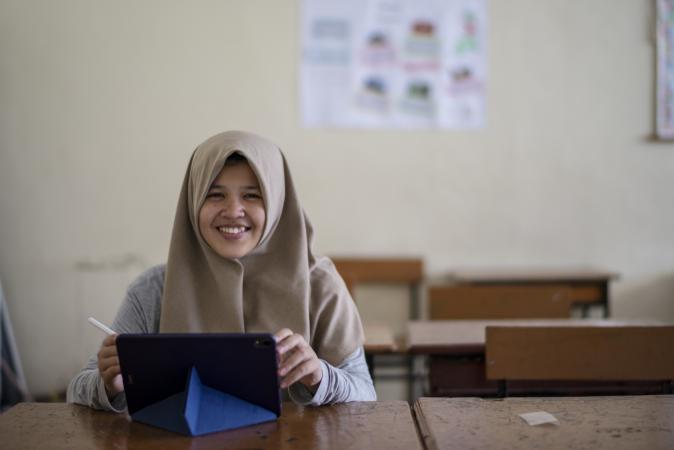 Comics Uniting Nations is a partnership between UNICEF, PCI Media, The World’s Largest Lesson, and Reading with Pictures. It aims to make the Sustainable Development Goals accessible to the citizens of the world of all ages through comics. Working with a wide array of artists and content creators, CUN leverages the universal visual language and transformative power of comics to educate people about the SDGs and empower them to create positive and lasting change in their own communities and worldwide.

CIPTA will be Comics Uniting Nation’s 25th comic book, adding to its library raising awareness of the 2030 Sustainable Development Goals.

DeCheser Media is an award-winning New Jersey based media company with expertise in creating dynamic productions for some of the world’s most admired brands. Passionate about storytelling and new technologies, the company strives to deliver each message in the most visually captivating way. With over 25 years of experience and an outstanding team of writers, directors, producers and cinematographers, DeCheser Media can handle projects of nearly any scale and genre, worldwide. 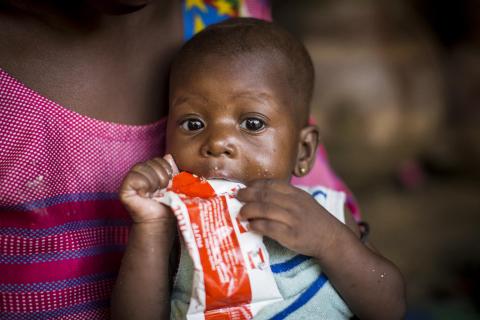 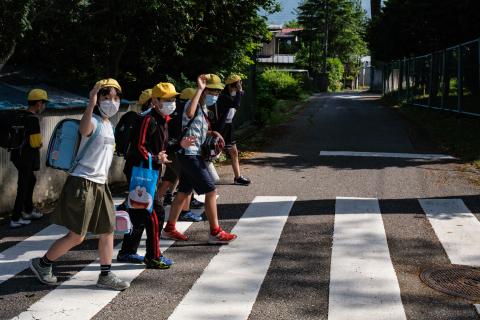 Heading back to school in the pandemic