As global leaders convene today in Mallorca, Spain, at the third International Conference on Safe Schools, UNICEF calls for an end to the fighting and protection of education 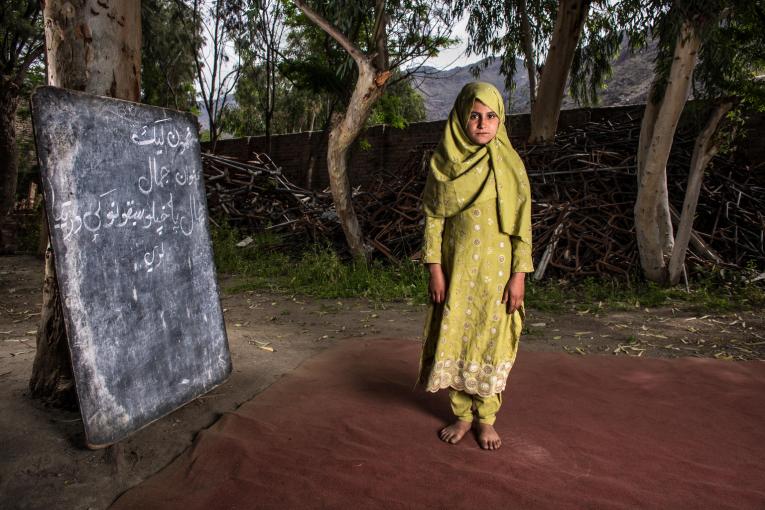 UNICEF/UN0309012/Kokic
Assiya, 10, stands by a pile of metal debris that was once part of the the Bodyalai girls school, which was destroyed during a bomb blast in 2015, Bodyalai village, Kuz Kunar, Nangarhar province, Afghanistan 9 April 2019.

“Education is under fire in Afghanistan,” said UNICEF Executive Director Henrietta Fore. “The senseless attacks on schools; the killing, injury and abduction of teachers; and the threats against education are destroying the hopes and dreams of an entire generation of children.”

The ongoing conflict and rapidly deteriorating security situation across the country left more than 1,000 schools closed by the end of last year. Half a million children were denied their right to education as result.

One reason for the increase in school attacks was the use of schools as voter registration and polling centers for the parliamentary elections in 2018.

An estimated 3.7 million children between the ages of 7 and 17 – nearly half of all school-aged children in the country – are out of school in Afghanistan.

Worsening insecurity, high rates of poverty and persistent discrimination against girls caused the rate of out-of-school children to increase last year for the first time since 2002. Girls account for 60 per cent of children not in education.

UNICEF is working with the government and other partners to provide informal and accelerated community-based education. This includes running classes in community buildings and homes, helping to reduce the risk of insecurity on the way to school.

As the third International Conference on Safe Schools opens in Spain today, UNICEF calls for an end to all attacks on schools and urges all warring parties to protect education during armed conflict. 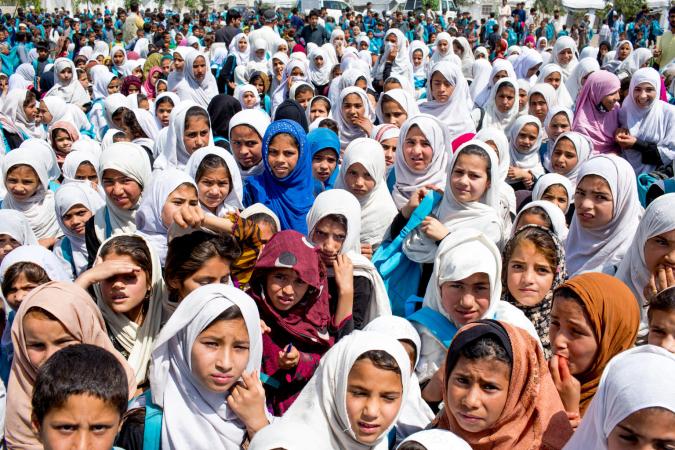