Children should feel safe at home, in school and in their communities.

NEW: Half of world’s teens experience peer violence in and around school. Take action to #ENDviolence against children

Children should feel safe at home, in school and in their communities. But it is in these places that most violence against children happens – often at the hands of the people they see every day. For many children, violence wears a familiar face.

Violence may be closer to home than you think. Recognize it. Report it.

What do you know about violence against children?
Test your knowledge:

The slap of an upset parent, a sexual advance by a neighbour or relative, bullying from other classmates. Children are victims of violence every day, everywhere.

Every five minutes a child dies as a result of violence. Millions more children live in fear of physical, emotional and sexual violence.

All children have the potential to be happy, healthy and successful. But witnessing or experiencing violence erodes that potential and affects a child’s health, wellbeing and future. The effects can stay with them for life. 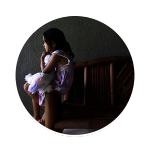 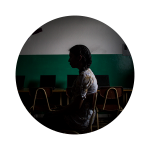 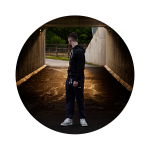 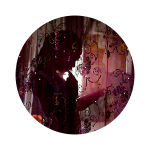 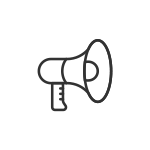 What needs to happen 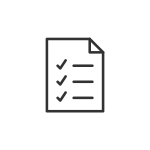 A child’s home should be a happy, nurturing and loving environment. But home is often where children first experience violence.

Parents and caregivers might use violent discipline with children out of anger and frustration, or because they’re unfamiliar with non-violent methods.

Whatever the reason, violence leaves children with physical and psychological scars. It can also influence children’s attitudes towards family and relationships later in life, which can perpetuate the cycle of violence.

Only 60 COUNTRIES have adopted legislation that fully prohibits the use of corporal punishment at home, leaving more than 600 million children under 5 without full legal protection.

91% of children under 5 live in countries where corporal punishment at home is not prohibited.

75% of children aged 2 to 4 are regularly subjected to violent discipline by their caregivers.

NEW: Half of world’s teens experience peer violence in and around school. Take action to #ENDviolence against children.

Yet for many students all over the world, violence at school prevents them from fully benefiting from educational opportunities and realizing their potential.

Bullying, sexual harassment, corporal punishment, attacks on schools, school shootings – there are many different forms of violence at school, and they all have a devastating effect on children, their families and communities.

As children grow, they spend more time outside their homes and in online spaces. This wider social world can be enriching, but it can also expose children to new forms of violence.

As children enter the second decade of their lives, the mortality rate from violence more than doubles what it had been during their first 10 years of life.

Globally, most adolescent deaths are as a result of homicide, but this varies by region. In Latin America and the Caribbean, the greatest risk of dying is from homicide. In the Middle East and North Africa it’s conflict and war.

Adolescents living in places affected by armed conflicts face many risks – from recruitment by armed groups to being caught in the crossfire.

Every 7 MINUTES an adolescent is killed by an act of violence.

Nearly 2 out of 3 violent adolescent deaths were the result of homicide in 2015.

Almost 1 in 2 female homicide victims is killed by family members or an intimate partner.

Nearly 3 out of 4 adolescents who died as a result of conflict in 2015 lived in the Middle East and North Africa region.

Whether direct physical contact or unwanted exposure to sexual language, sexual violence against children happens in all countries and affects girls and boys of all ages.

Although girls and boys are at risk of sexual violence at any age, girls become particularly vulnerable after puberty.

Most victims keep their abuse secret and never seek help. The reasons vary, but can include fear of retaliation, shame or a lack of confidence in others to help.

9 OUT OF 10 ADOLESCENT GIRLS – from 28 countries – who have reported forced sex said it occurred at the hands of someone close or known to them.

Around 15 million adolescent girls aged 15 to 19 have experienced forced sex in their lifetime.

Over 10% of young women in 5 European countries report experiences of sexual violence before age 15.

More than 1 in 5 adolescent girls in Bangladesh and Cameroon report having experienced forced sex.

If current trends continue, close to two million children and adolescents could be killed by an act of violence by 2030.

We have the knowledge and the tools to stop this from happening, but it will take all of us to right this global wrong. Ending violence against children is everybody’s business.

To end violence against children, UNICEF is calling on all governments to take action, including: 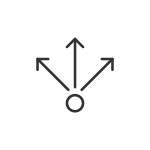 Change behaviours of adults and address factors that contribute to violence against children. 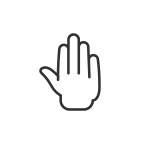 Educate and empower children, parents, teachers and community members to recognize and safely report violence in all its forms.

An everyday lesson: #ENDviolence in schools

A Familiar Face: Violence in the lives of children and adolescents

Hidden in plain sight: A statistical analysis of violence against children

Data on violence against children

A statistical snapshot of violence against adolescent girls

Perils and possibilities: Growing up online

Releasing children’s potential and minimizing risks: ICTs, the Internet and violence against children

Ending the torment: tackling bullying from the schoolyard to cyberspace