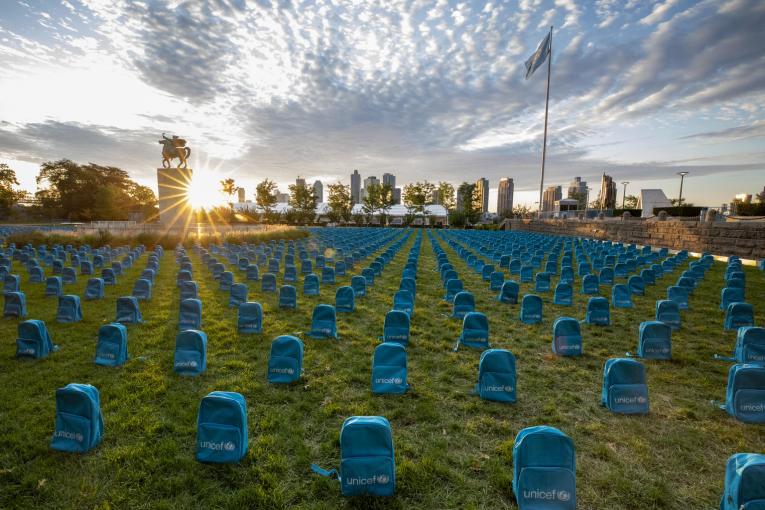 UNICEF/UN0341974/Farber/Getty Images
UNICEF installation unveiled at the United Nations headquarters shows the grave scale of child deaths in conflict in 2018.

The installation, which will run through 12 September*, is a message to world leaders as children in many parts of the world are returning back to school, and just days ahead of the annual United Nations General Assembly. Once the installation is taken down, the backpacks will continue on their journey to support children’s education.

“UNICEF backpacks have always been a symbol of hope and childhood possibility,” said UNICEF Executive Director Henrietta Fore. “In just two weeks, world leaders gathering at the UN General Assembly will celebrate the 30th anniversary of the Convention on the Rights of the Child. This installation should remind them of the stakes.”

Photos of the installation are available here.

*The installation will now stay up until Thursday 12 September. 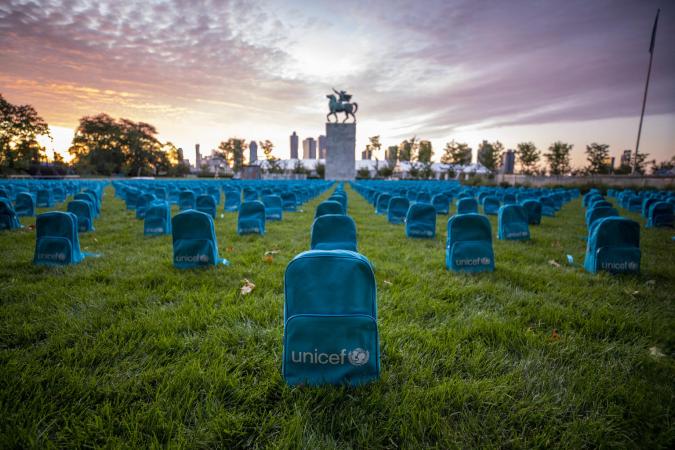