Gabriel was only 13 years old when he was brutally attacked by three men.

Beira, Sofala - Gabriel was only 13 years old when he was brutally attacked by three men. Gabriel was living with relatives of his deceased father at the time, together with his two younger brothers. His mother, who suffers mental illness, was forced to leave the family village after the death of her husband, in accordance with local tradition whereby if a husband dies, his wife is considered dead, as well.

One day, when Gabriel was playing outside, three men from his village – a small community of 15 families – took him to an isolated spot and cut out his eyes and genitals. He was left to die in a banana plantation.

"They removed his organs because they had a deal with a traditional healer," explains José Diquissone, Provincial Director for Women and Social Action in Sofala Province.

The extraction of human organs is associated with 'harmful traditional practices', such as witchcraft, and not organ transplants.

According to the Mozambique Human Rights League (LDH), the extraction of human organs is associated with “harmful traditional practices”, such as witchcraft, and not organ transplants. Human organs are said to create “a powerful traditional medicine”, believed to cure disease, make people rich and harm their enemies. And the practice is more common than one might want to imagine.

According to Manuel Mapendera, a paralegal, few cases become public. Most often, victims simply disappear. The perpetrators are paid by traditional medicine men for the organs. The local healer in this case had promised 5.000 Meticais (about $165) for Gabriel’s organs.

"They kill for small amounts of money, and they still have to divide it among themselves," says Mapendera, who followed the case when he was executive secretary of the regional delegation of LDH. Through the League, the case went to trial and two of the attackers are now serving a maximum penalty in Quelimane prison. The third attacker, who is said to be a cousin of Gabriel’s late father, managed to escape from prison.

As a result of the attack, Gabriel lost his sight completely, and has to go to hospital every two weeks for treatment. Initially he was taken for intensive care to Malawi, which is a few kilometres away from the village. However, due to the severity of his injuries, he was returned to Quelimane Hospital, and continued later to receive treatment at the State Visual Deficiency Institute in Beira, thanks to relentless efforts by social welfare.

Once registered at the Institute, surrounded by children with challenges similar to his own, Gabriel slowly regained his confidence and even made friends, one of whom is called Xavito.

But it took a while for Gabriel to receive psychosocial support from qualified staff.

"This is one of the gaps that we have," admits Father Romão, who heads the institute.

Gabriel enters the priest’s office, with a smile that lights up the room.

"Is Father Romão here?" he asks, moving forwards in the room, his hands outstretched, until he reaches Father Romão. "He is right here!" he exclaims.

"I want to go in the car of Father Romão to my house," he says.

For the teachers who work with the young boy every day, this is major progress.

"In the first year he was here, he did not express any nostalgia or longing to return home. Now he does," says Father Romão.

But Gabriel has a home here, a family of sorts. At the request of Gabriel’s family, Manuel Mapendera became his godfather and has come to feel personally responsible for him.

"As long as I am alive, I will never stop visiting Gabriel and being his godfather," says Manuel.

After a recent visit to Maputo, he bought gifts for Gabriel, things he knew would please him, such as a pair of dark glasses and headphones to listen to his favourite songs.

Gabriel’s horrific case has brought together many organizations and individuals from the local community and abroad, all wanting to help offer him a second chance at life. In January 2013, Gabriel flew to Lisbon, accompanied by his godfather and doctor for an operation at the D. Estefânia Pediatric Hospital. Gabriel’s urinary tract was reconstructed, and he was given eye prostheses.

Gabriel will remain in Portugal for some time for his recovery and given further treatment that will include intellectual and multi-sensorial activities, his godfather Mr. Mapendra not once leaving his side. 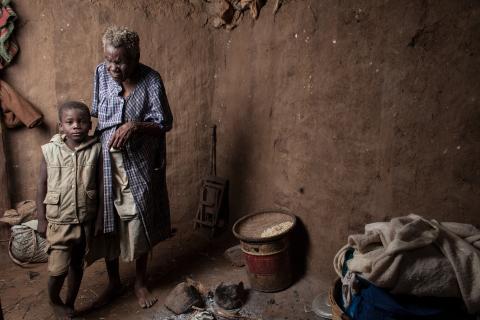 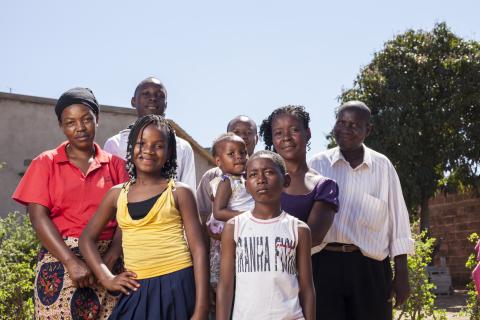 At Carlitos' house, the women dance and rejoice as their tears flow. Carlitos had been missing for a month.