Over the course of the last decade the situation of children in Mozambique has advanced significantly. More children are surviving and gaining access to the social protection system, and many more are enjoying access to adequate sources of water supply and sanitation, and are enrolling in primary school.

The study “Situation analysis of children in Mozambique 2014” developed by the United Nations Children’s Fund (UNICEF) shows recent trends and progresses, analysing the multiple factors that promotes and obstructs the realization of children’s rights in Mozambique. The study is based on the most recent national statistics. Economic, socio-cultural and institutional factors are holding back more rapid and consistent progress, despite the rapid growth of the Mozambican economy. In fact, even though Mozambique had one of the ten fastest growing economies in the world in the past 10 years, it remains one of the poorest and least developed countries. Furthermore, there are large inequalities according to areas of residence (rural and urban),  regions of the country and the level of household wealth.

This report presents some of the main conclusions of this study on the situation of the more than 12 million children in the country, or 52% of the population. It is hoped that the study will inform the political debate and promote progress towards a more rapid and comprehensive achievement of all the rights of all Mozambican children.

An ever increasing number of children are surviving until their fifth birthday. The under-five child mortality rate has declined significantly since the 1990s. Whereas in 1997, 2 out of every 10 children born alive would die in the first five years of life, in 2011 this figure was reduced by half, according to the Demographic and Health Surveys (DHS). This advance is encouraging, but it is worth stressing that a very large number of children still die before their fifth birthday, which puts Mozambique in 172nd position in the world (out of 194 countries) with regard to this child survival indicator, according to the world data from UNICEF.

The reduction in mortality reflects a decline in the prevalence of fever, acute respiratory infections (ARI) and diarrhoea among children under-5 years old. These positive trends are important, as malaria (for which fever is a proxy indicator), ARI and diarrhoeal diseases are among the main causes of child deaths. The prevalence of fever declined from 27% in 2003 to 13% in 2011.

The decline in the prevalence of fever appears to be related to the major progress made in the extension of efficient interventions to control malaria such as the use of mosquito nets, in-house spraying with insecticides and in the management of malaria cases artemisinin-based products. The proportion of children under 5 sleeping under nets quadrupled in less than a decade, rising from 10% in 2003 to 39% in 2011. The decline in prevalence of diarrhoea may be related to improvements in water and sanitation. Whereas in 2003 only 37% of the population was drinking water from improved sources, by 2011 this proportion had risen to 53%. Nonetheless, Mozambique is still 8 percentage points below the averages for Eastern and Southern Africa, with respect to this indicator, and it is important to note that 16% of the population still uses surface water, which is particularly dangerous to health, and almost always has undergone no treatment before drinking. This percentage has changed little since 2003, which suggests that the progress made in access to water has still not brought sufficient benefit to the most disadvantaged members of the population. Despite an improvement in the proportion of the population using flush toilets or improved latrines, from 13% in 1990 to 24% in 2011, still almost 2 out of every 5 Mozambicans (39% of the population) resorts to open defecation (in the bush).

Mozambique is one of the countries most affected by HIV/ AIDS, so it is also encouraging to see improvements in the coverage of HIV testing, treatment of AIDS and the prevention of mother-to-child transmission (PMTCT). Mozambique has the 8th highest HIV prevalence in the world, but there has been a rapid expansion of services. PMTCT coverage reached 83% of HIV-positive pregnant women by 2013, according to administrative data. However, the coverage of anti-retroviral treatment (ART) among HIV-positive children is still extremely low: just 36% in 2013, compared with 62.5% among adults.

There has also been some progress with respect to children's civic rights and protection. The proportion of children under 5 whose birth has been registered rose from 31% in 2008 to 48% in 2011, very likely due to the large campaigns organized to facilitate access. Important advances were also made in social protection coverage, which almost doubled between 2008 and 2012, and now covers more than 320,000 households.

Although various advances have been observed, there are some areas where progress has been slower or where no changes have occurred.

Despite various efforts by the government and its partners, little progress has been made in reducing chronic under-nutrition which remains at one of the highest levels in the world, with 43% of children under 5 affected in 2011. The state of chronic under-nutrition is critical; contributing heavily to under-5 mortality and limiting the development of human capital. Through its harmful effects on cognitive development during early childhood, it reduces learning at school and productivity in adult life and, as a result, holds back a country's socio-economic development and poverty reduction. The importance of the problem is well recognised, as was shown by the adoption, in August 2010, of the Multi-sector Action Plan for the Reduction of Chronic Under-nutrition.

Improving maternal and neonatal survival is also an enormous challenge. Despite the efforts the Government has made to reduce maternal mortality, through implementing since 2008 the Integrated National Plan for Attaining Millennium Development Goals 4 and 5, the maternal mortality rate remained unchanged from 2003 to 2011, with 408 maternal deaths for every 100,000 live births (DHS 2003, 2011), although data of reproductive health services utilization showed an improvement. The proportion of births taking place in health facilities increased from 48% in 2008 to 55% in 2011. This may be behind the fact that neonatal mortality (newborn death occurring in the first month of life) is falling more slowly than infant. Reproductive health is also characterized by low contraceptive use, high fertility rates, high rates of teenage pregnancy and short birth intervals.

In education, after the rapid expansion in school attendance as from the 1990s, and great advances in gender parity in primary education, progress has stagnated over the last five years. The national surveys show a regression in the primary school net attendance rate2, which fell from 81% in 2008 to 77% in 2011. Almost a third of children still do not begin first grade at the right age (6 years). According to administrative data, the gross primary school completion rate3, which had previously shown an impressive rise (from less than 20% at the start of the 2000s to 51% in 2008), underwent a slight reversal, falling to 47% in 2012.

The low level of learning achievement is becoming a matter of growing concern. Pass rates (at the end of primary education) are on a declining trend, dropping from around 80% in 2004-2008 to 72% in 2011, according to data from the Ministry of Education. Several studies show that primary pupils are learning little in terms of basic skills in Portuguese and Arithmetic.

Many children still face difficulties in enjoying their rights to protection. The marriage age demonstrates this concern. One in two girls is married before the age of 18 and one in ten before the age of 15. In fact, Mozambique has one of the highest rates of early marriage in the world, violating one of the most fundamental protection rights – as well as Mozambican law.

Large geographical inequalities persist, with most social indicators worse in the rural areas. Urban-rural inequality often reflects disparities in the supply and quality of basic social services, as well as the higher levels of poverty in rural areas.

The HIV prevalence substantially contrasts with other well-being indicators, displaying a less favourable situation in the urban areas of the southern regions of the country, among the wealthiest households and the ones with highest level of education.

The particularly disadvantaged situation of Zambézia stands out. This is the second most populous province, with one fifth of the Mozambican population, so its weight in the various dimensions of deprivation is very large. According to the 2011 DHS, Zambézia has:

There have been great advances in improving the well-being of children, especially with regard to child survival and access to basic social services, such as to improved sources of drinking water and sanitation, to HIV/AIDS testing and treatment and prevention of mother-to-child HIV transmission, to education and to birth registration. But there are still great challenges for achieving all the rights of all Mozambican children.

Improving maternal and neonatal survival, and reducing the high level of chronic under-nutrition, for example, are areas where little progress was observed. Huge progress was made in school attendance and finishing rates in both primary and secondary education. Many more children are entering school, beginning school at the right age, and finishing primary education. Attention should be paid, however, to the fact that the advances made seem to have stagnated since 2008, and to the low quality of education. The low examination pass rates, as well as recent studies on pupil performance, are a warning sign about the deficiencies in learning.

The sharp geographical disparities in poverty levels, human development and child well-being, with the rural areas and the northern and central regions of the country at a greater disadvantage, are also hindrances to the development of the country as a whole, and particularly to the development of the potential of all its children. Strategic planning and resource allocation which takes these inequalities into account, prioritising some specific interventions, could have a very positive and catalysing impact on the situation of children. Various factors affect progress in the well-being of children. Key among them are the poverty and vulnerability which affect a high proportion of the population; the supply and quality of basic social services; attitudes and practices rooted in traditional practices and in unequal gender relations; deficient knowledge; climate change and the risks associated with natural disasters; and institutional constraints, including those concerning the financing of the social services. Mozambique has made significant advances in drawing up a comprehensive legal and political framework for achieving the rights of children, and is ahead of most African countries in developing strategic planning.

The focus should now be on the implementation of the laws which is still limited due mainly to capacity constraints and to translating policy objectives and plans into public expenditure allocations through the budgetary system. It is important that plans and strategies be adapted to such capacity constraints, and should focus on the most vulnerable strata of the population. Investing in children is crucial for equitable and sustainable development and or poverty reduction. As Mozambique advances to a period of rapid development of its reserves of natural resources, with the prospect that these will constitute significant sources of revenue as from the year 2020, it will be important to give greater priority to the financing of the social sectors, both to ensure the attainment of the rights of children and to strengthen human capital, economic growth, and the long term development of the country.

The advances of the last decade are encouraging, and the potential for more consistent and rapid advances in the coming years should be explored.

The Situation of Children in Mozambique 2021

The Situation Analysis of Children in Mozambique was produced by UNICEF Mozambique Country Office in collaboration with MGCAS and MEF. 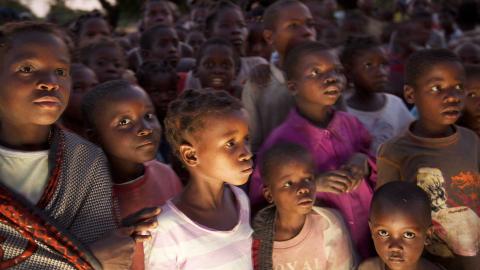 UNICEF and Magnum Photos take us on a unique voyage through Mozambique. 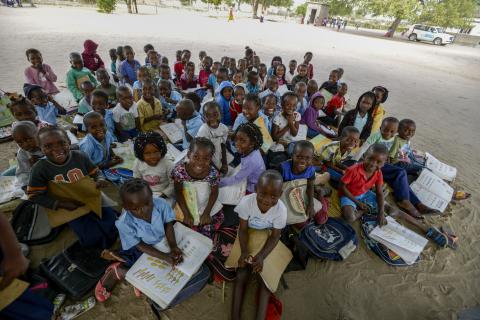 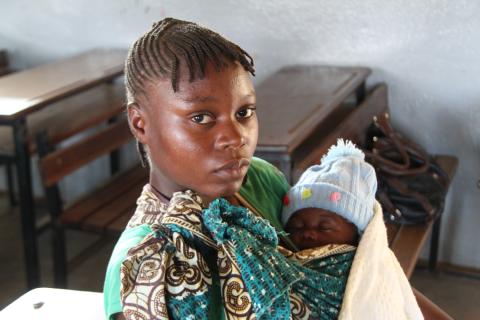