Tackling the 'double burden' of malnutrition in Indonesia

Indonesia has achieved many milestones in its journey to becoming a middle-income country. Decreases in child deaths and significant increases in primary school enrolment are among them. Improvements in children’s nutrition status, however, are not.

Millions of Indonesian children and adolescents remain threatened by staggering rates of stunting and wasting and the ‘double burden’ of malnutrition where under- and over-nutrition co-exist.

A fifth (20 per cent) of primary school-aged children and about 15 per cent of adolescents are overweight or obese. Two million children under 5 suffer from severe acute malnutrition, a life-threatening condition if left untreated.

Stunting: The failure to reach one’s potential for growth – is caused by chronic malnutrition and repeated illness during childhood. It can permanently limit a child’s physical and cognitive capacity and cause livelong damage.

Wasting: On the other hand, wasting, or acute malnutrition, is the result of recent rapid weight loss or the failure to gain weight. A child who is moderately or severely wasted has an increased risk of death.

Overweight and obesity: Locally known as ‘gemuk’ – this has nearly doubled among adults in Indonesia in the last 15 years, driving an alarming increase in non-communicable diseases such as diabetes and cardiovascular diseases.

Larger working populations, longer commuting times, along with changing diets and lifestyles have all contributed to the inadequate consumption of fresh produce and increased intakes of processed and pre-prepared foods that are often high in carbohydrates (including sugar), salt, and fats, resulting in a spike in overweight in the country.

The effects of the double burden of malnutrition are not only felt by people. The economy suffers too, with malnutrition perpetuating the cycle of poverty.

While poverty contributes to malnutrition, inadequate knowledge and practices of child caring and child feeding also sustain the high rates of malnutrition.

New evidence has emerged that maternal and fetal under-nutrition increases a population’s susceptibility to over-nutrition and diet-related non-communicable diseases in adolescence and adulthood.

In addition, around 55 million people nationwide (22 per cent of the population) practices open defecation – a highly unsanitary habit that contributes to the high burden of childhood diarrhoea and malnutrition.

UNICEF is supporting the Government of Indonesia to improve the enabling environment for nutrition, and to strengthen systems for the delivery of nutrition services. This includes providing policy advice, coordination and advocacy support; helping to generate evidence of best practices in nutrition; and providing technical assistance to expand the coverage and quality of high impact nutrition services for children and women, especially the most vulnerable.

Prevention and Treatment of Severe Acute Malnutrition in East Asia and the Pacific: Report of a Regional Consultation, UNICEF EAPRO, 2015

Guideline: Updates on the management of severe acute malnutrition in infants and children, World Health Organization, 2013

Patterns and risk factors of double burden of malnutrition among adolescent girls and boys in Indonesia: PLoS ONE 14(8): e0221273.

Risk factors for nutrition-related chronic disease among adults in Indonesia: PLoS ONE 14(8): e0221927. 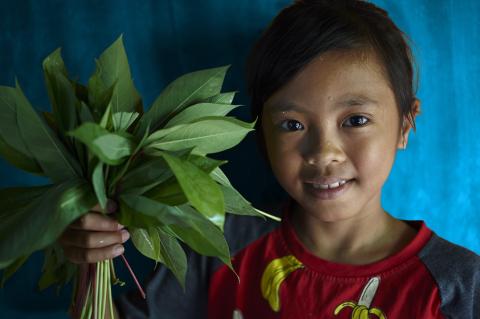 The State of the World’s Children 2019
Children, food and nutrition: Growing well in a changing world
See the full report 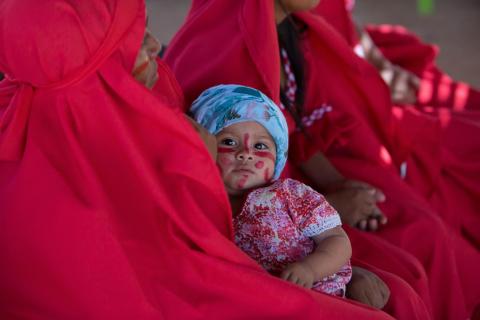 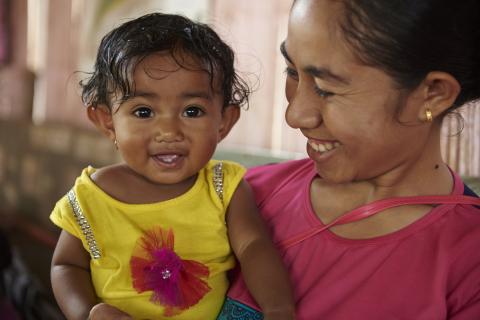 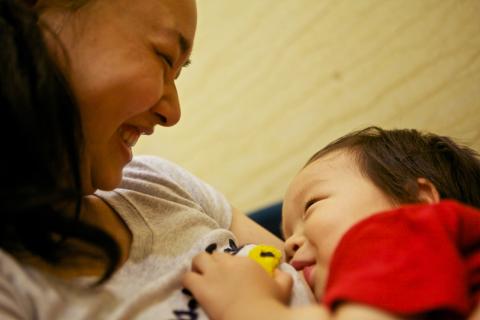 Breastfeeding: A Mother’s Gift, for Every Child
Breastfeeding, recommended within the first hour of birth, provided exclusively for six months, and continued up to two years or beyond.
See the full report