Adolescents are crucial partners for the achievement of sustainable economic and social development, and for the identification of innovative solutions to the challenges facing countries and communities.

Adolescents in Europe and Central Asia are one of the region’s greatest assets. Yet few have the chance to participate in decisions that affect their lives and the lives of their communities, and their potential contribution to society is often overlooked.

Many adolescents have limited access to essential services in health, education, social protection, child protection and justice, with their exclusion often rooted in poverty and lack of opportunities, as well as inadequate policies, laws and budgets to respond to their rights and needs.

Social norms also work against their participation and perpetuate ‘traditional’ gender roles. Child marriages, for example, are found in the Caucasus and Central Asia, and among Roma and refugee communities. Marginalized adolescents now account for most of the children living in residential care across the region.

Adolescents face particular risks: road injuries, for example, are the leading cause of death among those aged 15-19, followed by self-harm, interpersonal violence and drowning. Risky behaviour, including unprotected sex and the use of tobacco, alcohol and drugs, often starts early and is on the rise in some countries.

Mental health issues such as depression are becoming more prominent.

While sexual and reproductive health remains a concern in many countries, mental health issues such as depression are becoming more prominent. Depression is now the leading cause of the burden of disease in some countries, including Kazakhstan, where suicide rates are among the highest in the world for boys aged 15-19.

While access to lower secondary education is high across the region, at 96 per cent, access and completion rates for adolescents with disabilities or from Roma communities are low. Data from 2015 reveal that 30-50 per cent of 15-year-olds fail to master basic skills in reading, mathematics and science.

2.4 million adolescents are thought to be out of school.

Many never make it to upper secondary education, where 2.4 million adolescents are thought to be out of school. Those that do make it report that curricula are rarely adapted to today’s labour market. As a result many adolescents are not in education, employment or training.

Adolescents are often at higher risk of poverty than younger children and may not qualify for social protection benefits. For some, poverty leads to child labour, and those living or working on the streets may be exposed to violence, abuse and exploitation. Those who are refugees or migrants are particularly at risk of such rights violations.

Only a fraction of adolescents whose rights have been violated seek redress or have access to justice. Of these, few, if any, get the justice they deserve.

Ensuring adolescents have the support to reach their full potential

UNICEF works with governments, civil society organizations, adolescents and parents across the region to ensure that adolescents, particularly the most vulnerable and marginalized, get the support they need to reach their full potential.

We work to strengthen their connections to caring adults and their access to good quality health care (including mental health, maternal care, nutrition, and HIV/AIDS prevention), as well as education, social benefits and child protection services.

We work with governments to ensure health system reforms address the health needs of adolescents and build inclusive, high-quality health services and psycho-social support for adolescents, including those affected by chronic conditions and disabilities.

We pursue a comprehensive approach to keep adolescents in school and improve the quality and relevance of their education. This includes identifying adolescents who are not in school and those at risk of dropping out, promoting reforms to enhance case management for out-of-school adolescents and region-wide analysis and policy dialogue on the causes of poor learning for adolescents.

To build bridges between the education and employment systems, UNICEF invests in social innovation – strengthening skills that can be transferred to the workplace and supporting adolescent and youth-led social businesses.

Such programmes also equip adolescents with skills in advocacy, media literacy and technology that are relevant to the labour market and to their own global citizenship. We also prioritize social protection for adolescents to tackle poverty. 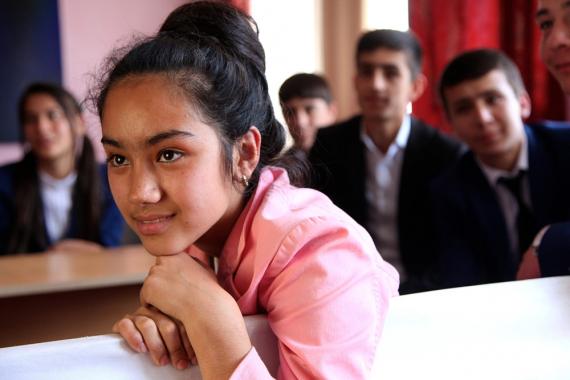 A girl takes part in a youth workshop in Tajikistan which aims to improve young people’s capacities in preventing and coping with conflict and promoting peace, as well as developing problem-solving and leadership skills. 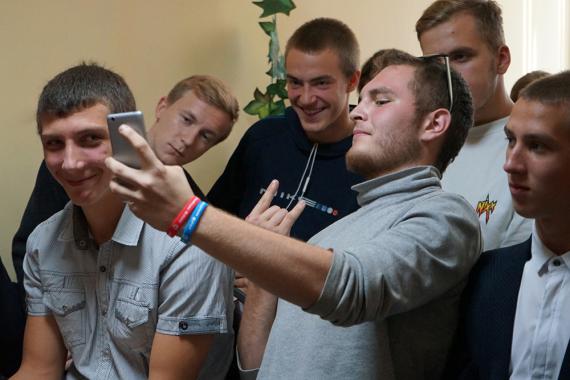 Teens at the youth-friendly health centre in Zhlobin, Belarus, which is supported by UNICEF, take a selfie to share on social media and spread the message about HIV-prevention among their friends and followers.

UNICEF works to strengthen integrated child protection systems that prevent, identify and address violence and ensure access to justice, so that adolescents can seek redress for violations of their rights.

We focus, in particular, on those at greatest risk of violence, abuse and exploitation, including girls married before the age of 18, children left behind by migrant parents, adolescents who have no parental support and those leaving residential care or juvenile detention.

We also work with our partners to amplify the voices of adolescents and give them the chance – and the space – to make a meaningful contribution to social cohesion, community development and peacebuilding initiatives.

This includes building the capacities of all adolescents, including the most vulnerable, to become active citizens, backed by the development of measures to give them a say in the development of policies and of good governance at national and local levels. 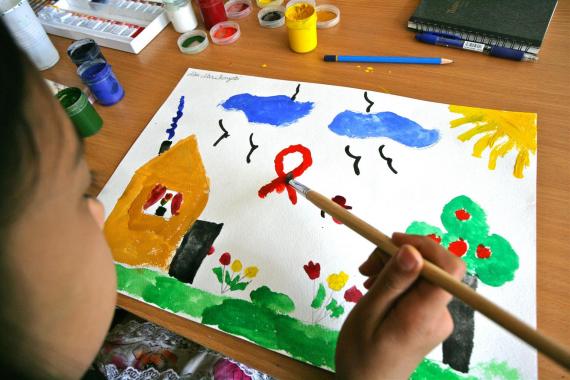 The region is seeing one of the steepest increases in the spread of HIV and AIDS worldwide. The epidemic is fuelled by risky behaviour – mainly drug use and unsafe sex – particularly among marginalized groups such as intravenous drug users, sex workers, men who have unprotected sex with men, and populations on the move. HIV Infection is, increasingly, spreading from these groups to more young people.

UNICEF works to prevent the spread of HIV infection. Viewing young people as the solution to this epidemic, we tackle the barriers to their protection from HIV and work with them to raise awareness about this issue.

These resources on adolescents represent just a small selection of materials produced by UNICEF and its partners in the region. The list is regularly updated to include the latest information.