Children out of school: the impact of the drought for education in Angola

When children must split their time between fetching water and protecting their families’ greatest wealth, the livestock, their education suffers

Ondjiva, Angola – This year Festus Fikifengue, 15 years old, Lourenço Inadudi, 12, and Cahumba, 10, are expected to be away from home for up to 7 months, during which time they won’t see their mothers, brothers and friends. The three boys are accompanying their fathers in search of water and green pastures for the livestock, which is a regular migration movement in the province of Cunene during the peak of the dry season.

In an ordinary year, Festus, Lourenço and Cahumba would leave home for no longer than three months. But the extreme drought currently affecting Southern Angola – and considered by locals the worse in decades – has obliged the boys and their fathers to anticipate the departure in several months.

Like them, over 2.3 million people in four provinces of the country are facing food insecurity, nearly half a million of which are children under 5 years of age.

The three friends now live temporarily near the municipality of Cuvelai and will only return home if it rains later this year. But this is far from certain.

“I miss my mother,” acknowledges Lourenço, who is only in 2nd grade at the age of 12 – five years behind in his education. His two friends are similarly behind in school.

The challenges for accessing education imposed by the cyclical pastoral migration in Cunene – particularly for boys – are well-known. However, the severe drought plaguing the South Region of Angola has intensified the phenomenon, causing unprecedented stress on the province's education system.

In the municipality of Curoca, one of the hardest hit, 13 schools have closed since the beginning of the year due to student absences. Of Cunene's 887 primary schools, 614 are affected by the drought in some way, which is causing a serious disruption to no less than 70% of the province's 214,000 students.

However, drought-induced migrations to protect livestock, which represents families´ greatest wealth, are far from the only barrier to children in school.

Unlike the three boys above, sisters Naime Cekupe, 14, and Launa Hambelezeni, 15, are still enrolled in school. But they only go to half of classes: with their father taking their family’s cattle in search of food and water, the girls must take care of the family goats. And goats must drink every other day.

Therefore, every two days both sisters get up in the dark at 4:30 in the morning and walk an hour and a half to the family’s water well.

“I need their help on the day of feeding the animals. On the other days, I come alone”, says mother Foibe Uwaopeni, 29.

There the two young women spend hours collecting water from the well, until around 11am, when then walk back to the house, each carrying a 20-liter bucket. There is no school on these days.

Unfortunately, their routine resembles that of thousands of children in the region, who travel long distances in search of water.

“I have students who get up at one in the morning to bring the animals to drink water, and come back home at 5 am”, says the director of Ondobodhola Primary School, Rogério Kakoi.

“At school they no longer have energy or learn the content,” says the principal. The school has already lost 20% of students enrolled at the beginning of the year. Physical education classes have been canceled.

There are still additional reasons for dropping out.

For the family of 12-year-old Marta Ndimaoshitya, the impact of drought has been severe. The girl and her six other siblings share and alternate the task of accompanying their father on the 1-hour-long daily to fetch water.

On the bad days, the pair returns with only a 20-liter bucket for everyone in the household of 12 people. This means an average of less than two liters of water for each person, including what is used for cooking.

Marta is still in primary school, attending 3rd grade, because her school is close to home. But three of her siblings have already dropped out: they would need more water to undertake the round trip to school in the Ombala-Yo-Mungo commune.

UNICEF is supporting the Government of Angola and the Cunene Provincial Government to respond to the drought in the southern region, which is also affecting the provinces of Namibe, Huila and Bie.

This support is based on the delivery of integrated services including water and sanitation, health, nutrition and child protection. In education, UNICEF interventions will benefit around 2,000 children in 15 schools, which will operate as “safe havens schools” that also provide a basket of other services, such as nutrition. In addition, there will be active outreach activities in these communities to search for and reintegrate students, as well as the provision of teaching and learning materials.

Five hundred children will also benefit from the “All United for Early Childhood” community education project (TUPPI, in the Portuguese acronym).

However, funding for UNICEF's Emergency Education component remains insufficient given the challenges faced by over 150,000 pupils in Cunene. As the effects of the drought become even more acute over the coming weeks and months, without increased interventions the possibility exists that many more children will be deprived of their right to access a quality education. 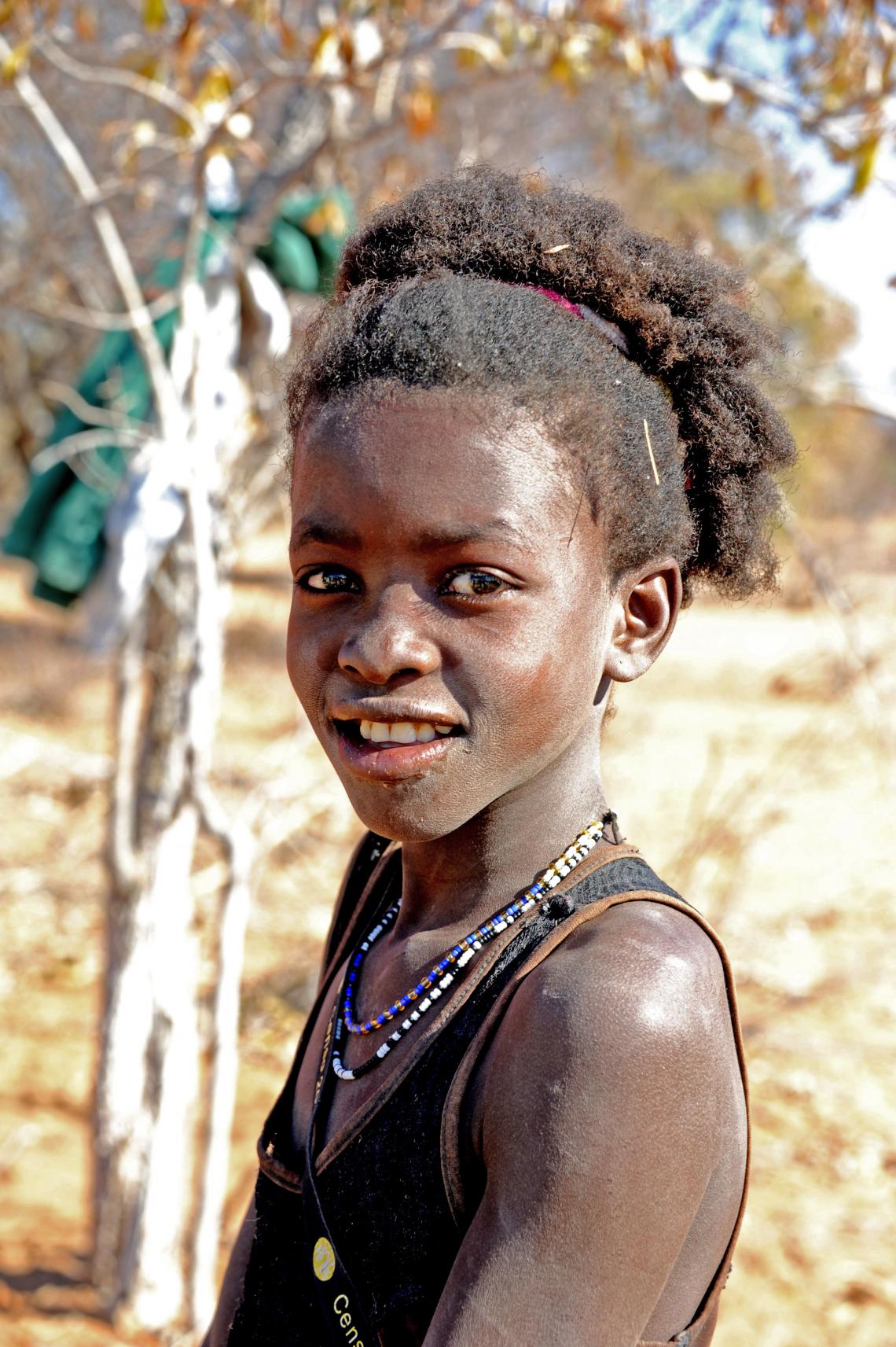 UNICEF Angola/2019/Carlos Louzada
Marta Ndimaoshitya, 12 years: of her six brothers, three no longer go to school because there is no water for them to undertake the long walk. 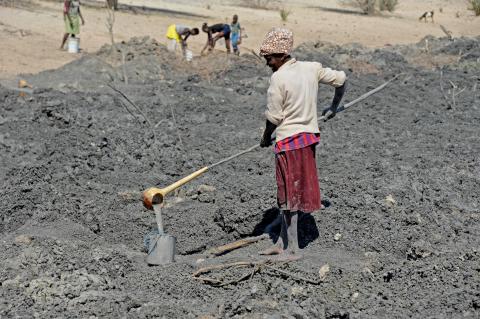 Digging to survive - Drought in Angola

The province of Cunene, in Southern Angola, is struggling for water amid what many consider the worst drought in history 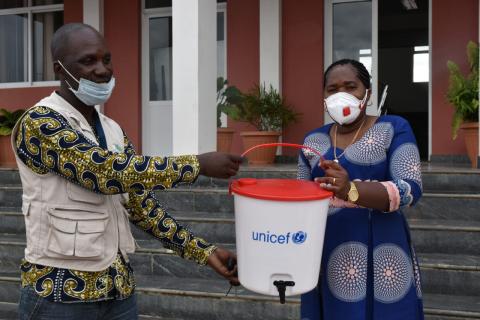 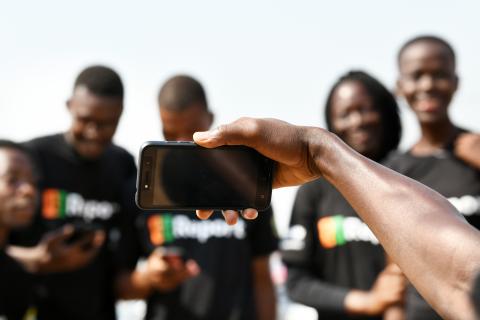