Breastfeeding from the first hour of birth: What works and what hurts

Whether delivery takes place in a hut in a rural village or a hospital in a major city, putting newborns to the breast within the first hour after birth gives them the best chance to survive, thrive and develop to their full potential.

But mothers cannot be expected to do it alone. Early and exclusive breastfeeding needs to be supported by hospitals and birthing centres, healthcare workers, governments and families. When it comes to supporting breastfeeding from the first hour after childbirth, here’s what works, and what hurts:

Skin-to-skin contact immediately after birth until the end of the first breastfeeding has many other benefits as well. It has been shown to increase the chances that babies are breastfed, to extend the length of breastfeeding, and also to improve rates of exclusive breastfeeding.

What hurts: Supplemental foods or liquids for newborns

Giving newborns liquids or food other than breastmilk in the first days of life is common in many parts of the world, and is often linked to cultural norms, family practices or hospital policies and procedures that are not based on scientific evidence. These practices vary by country and may include throwing away colostrum – a mother’s “first milk” rich in antibodies – or having a doctor or elder family member give the newborn specific liquids or foods, like formula, sugar water or honey. These practices can delay a baby’s first critical contact with his or her mother.

>> Read the report: Early initiation of breastfeeding – the best start for every newborn

What works: Delivering in baby-friendly hospitals

A hospital or health centre that is ‘baby-friendly’ provides the support women need to breastfeed – specifically by following the Ten Steps to Successful Breastfeeding. These facilities also counsel mothers who cannot or have decided not to breastfeed by teaching them how to use donor milk or feed safely with formula.

What hurts: Caesarean sections without support for breastfeeding

Globally, caesarean sections (C-section) rates have continually risen over the past decade, and in many countries, early initiation of breastfeeding is significantly lower in newborns delivered by C-section.

Mothers who deliver by C-section usually face multiple challenges after childbirth, like managing the effects of anesthesia, recovering from surgery, and finding help to hold the baby safely. But with the right support – training birth attendants, putting breastfeeding policies in maternal wards, and involving fathers in breastfeeding – most newborns delivered by C-section can be put to the breast within the first hour.

In Rwanda, the proportion of deliveries with skilled birth attendants more than doubled from 2005 to 2014, with nearly all births in health facilities being assisted by skilled birth attendants. The rates of early initiation of breastfeeding also increased significantly during this time. This progress was in part thanks to new policies instituted by the Government to support breastfeeding in hospitals.

Rwanda now has 45,000 community health workers who counsel mothers about feeding practices and safe deliveries. And while the rate of C-sections  nearly doubled from 2010 to 2013, this jump did not impact early breastfeeding – a finding that reveals the power of well-trained health professionals.

While skilled birth attendants have the potential to play a crucial role to ensure new mothers breastfeed their newborns, they may not necessarily do so. If staff members are not trained and facilities have outdated practices – such as separating newborns and mothers without medical justification or giving other liquids or foods to newborns – it may hurt the rates of early initiation of breastfeeding.

By 2014 in Viet Nam, nearly all women (94%) were giving birth in health facilities, compared to just 64% in 2006. But at the same time, there was a drop in early initiation of breastfeeding, with rates decreasing by nearly 40%. In response, in 2016 the Ministry of Health approved national guidelines that emphasize skin-to-skin contact immediately after birth and support breastfeeding within the first hour after birth.

Giving mothers all the support they need to start breastfeeding within the first hour after childbirth provides immense health benefits. But we cannot stop there. Mothers should have the freedom to continue to breastfeed for as long as they choose. It’s our collective responsibility to remove the barriers in our society that make breastfeeding so difficult.

Working women should not have to decide between breastfeeding and working. The International Labour Organization recommends that governments give women the right to 18 weeks of paid maternity leave and ensure they have time and space for continuing breastfeeding when they return to work. UNICEF recommends using these guidelines as a minimum requirement.

What hurts: Workplaces without breastfeeding-friendly policies 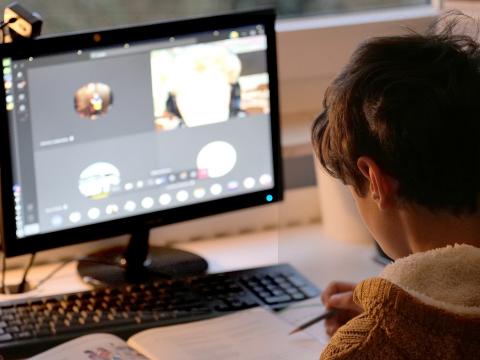 To help tackle challenges in a new learning environment 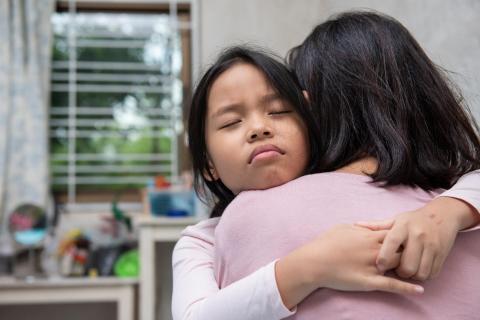 How parents can support their child through COVID-19 losses

A psychologist's advice on helping your children process loss and grief during the coronavirus pandemic. 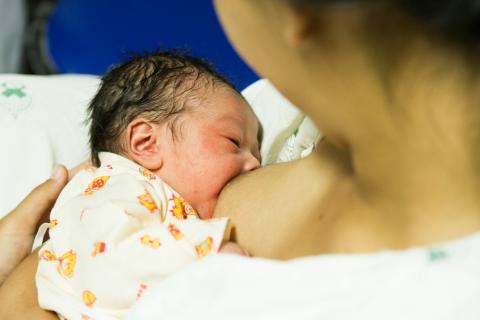 Op-ed: Breastfeeding must continue especially amid the pande 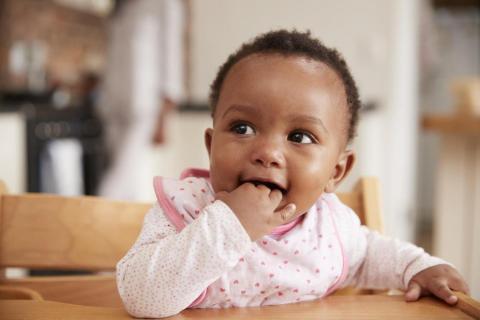 Feeding your baby: When to start with solid foods

When to introduce your baby to solid foods and why getting the timing right is so important.