BANGKOK, 5 March 2018 – Central Group and UNICEF today launched #EatPlayLove, a new campaign to drive increased awareness about the importance of the first months and years in a child’s life and the impact of early experiences on the developing brain, to provide guidance to parents and caretakers, and to encourage increased focus and investment in early childhood development.

The campaign kicks off with the #EatPlayLove mobile expo, that will travel across the country and highlights the three critical elements of the positive and nurturing care that children need in the early moments of life: appropriate and nutritious food, play and stimulation, love and protection.

The exhibition is the first of its kind in the South-East Asia region, and is an example of the power of partnership for good, between the development and private sectors. Building on Central Group’s strong relationships with its customers and country-wide presence, the expo will give shoppers – parents, caregivers, family members, business owners, and decision makers – the opportunity to learn more about the importance of early childhood, and to have fun in the process.

“The expo is highly engaging, and provides visitors with critical information, based on recent neuroscience, on how babies’ brains develop, what they need to develop to their full potential, and concrete tips for parents, families, and others who care for young children,” said Suthichai Chirathivat, Chairman of the Central Group at a press conference organized in Central Ladprao Department Store.

“This period presents a unique window of opportunity to lay a strong foundation for a child’s lifelong development, health and happiness, said Davin. “A lack of nurturing care or protection from stress and violence, inadequate nutrition, or too little stimulation and learning, can impede the development of the child’s brain, with life-long negative consequences.”

At the event, popular singer-song writer and #EatPlayLove campaign hero, Boy Trai Bhumirat, performed a special song that he has written for the campaign titled “Every day, I love you”. In the song, Boy Trai encourages parents and caretakers to make the most of this unique opportunity to provide their children with the best possible start in life.

The event was attended by high-profile supporters and celebrities including Anand Panyarachun, UNICEF Thailand Goodwill Ambassador, as well as Vanessa Race and Pachara Chirathiwat, Friends of UNICEF, who called on the public to ensure that every child in Thailand have equal opportunity to thrive and reach their full potential.

In Thailand, too many young children still do not get the care they need. According to a 2016 survey on the situation of women and children in Thailand, conducted by the National Statistical Office with support from UNICEF, around 1 in 10 children under 5 is stunted due to poor nutrition over an extended period of time. Parents’ engagement with their young children also remains low, especially among fathers, with only 1 in 3 fathers in Thailand fully engaged with their children in activities that promote learning and development. In addition, almost eight in ten children aged 1 to 14 in Thailand have been subjected to physical or psychological abuse.

With this campaign UNICEF and Central Group have joined hands to call on parents, caregivers, influencers, the public and policy makers to do more in promoting early childhood development, and ensuring that every child in Thailand gets the best possible start in life.

Watch the music video: “Every day, I love you”: www.youtube.com/unicefthailand 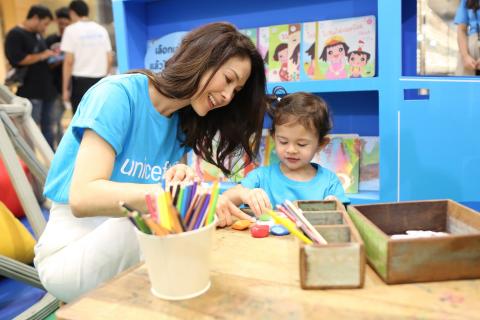 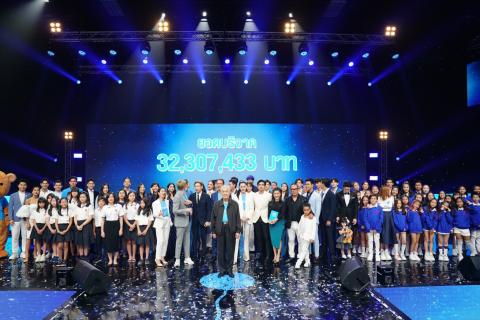 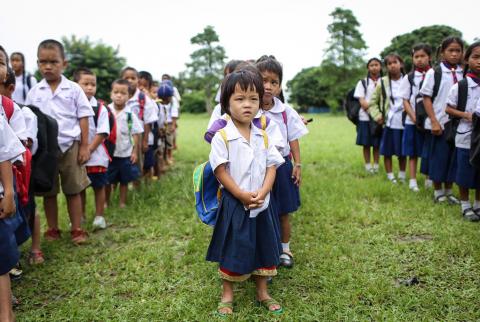 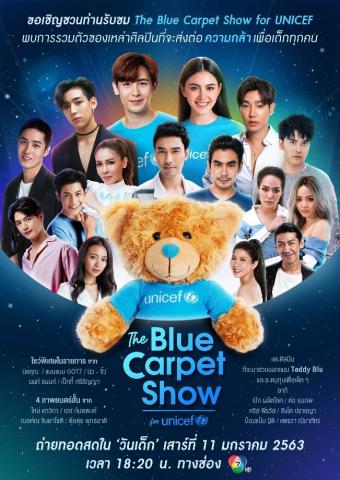