One small step in technology, one giant leap for mothers

NASA technology originally designed to save astronauts is now saving mothers. This Mother’s Day, UNICEF is showcasing the “NASG,” a life-saving garment for women.

In May last year, Emma, 34, was giving birth to her fourth child. She was prepared for this special moment, as were the healthcare workers in her village of Kirakira in Papua New Guinea. However, there were complications, and Emma began to lose a significant amount of blood.

“I went off [lost consciousness]. I did not know what was happening. But later I saw the garment wrapped around me.  It was very comfortable, kept me warm, and made my body tighter … When they (health workers) removed the garment, I felt abdominal pain, but the bleeding stopped completely. Thank you for saving my life by using this garment.”

Post-partum hemorrhage (PPH) - or severe bleeding after childbirth - is the largest direct cause of maternal mortality worldwide, responsible for more than a quarter of the 300,000 estimated deaths each year. These women are dying from preventable causes related to pregnancy and childbirth, with 94 per cent of deaths occurring in low- and middle-income countries, in areas where the nearest health facility with comprehensive obstetric care may be hours away.

Emma is from an urban poor village where such care is far from home. The risk of dying during childbirth in her country is extremely high. According to UNICEF Papua New Guinea, as much as one in every 120 women die during pregnancy or childbirth. However, many deaths may go undocumented, given that several women give birth outside of the formal health system.

Many of these deaths could be prevented with timely and effective maternal health care management and equipment.

The Non-pneumatic Anti-Shock Garment (NASG) is a low-cost first-aid device that limits persistent PPH. It’s a compression suit originally designed with technology from the United States National Aeronautics and Space Administration (NASA). At NASA, anti-gravity uniforms were developed to keep astronauts from blacking out during extreme acceleration by squeezing the arms and legs to push blood towards the head. This same technology was used to develop NASG where external pressure is applied to a woman’s lower body to drive blood upward.

NASG is lightweight, washable and reusable, with eight segments to wrap over the legs and abdominal region. It reduces blood flow to the uterus and treats hypovolemic shock while allowing health staff to repair sites where bleeding occurred.

In 2018, UNICEF added NASG to its portfolio of innovation projects to use its capacity in scaling proven technologies to make this life-saving product available in locations where it’s needed most. NASG has been introduced in several countries, including Papua New Guinea and Bangladesh.

In Papua New Guinea, since its introduction in March 2019 over 200 mothers with severe PPH, including Emma, have been revived by using NASG. In addition, more than 500 health workers and nursing and midwife students have been trained to use it. Wanis Kora, a trained midwife from Port Moresby explains her experience when using NASG to save a woman’s life.

“Her blood pressure was so low that we could not feel it, and her pulse was very rapid.  After applying the garment, the blood pressure improved, and the pulse rate reduced.  All other medical interventions continued, and the woman came back to life. It was a great experience to see the woman recover.”

In Bangladesh, the NASG is locally known as Jebun-bahon which means lifesaving garments in Bangla. Last year, the country received 240 Jebun-Bahon from UNICEF to be distributed to 217 health facilities across the rural district of Maulvibazar. In this southeastern region where mainly tea-plantation workers live, only 16 per cent of women give birth in a health facility. To support the integration of Jebun-Bahon, the UNICEF NASG training video was translated into the local language and a poster was developed for training and advocacy purposes.

The Government is fully committed to scaling up the Jebon-bahon over the next coming years, despite encountering some delay due to COVID-19 and its repercussions. It has been added as a priority to the National Plan of Action for Maternal Health 2020-2030 to be expanded across the country.

“If we would have brought this intervention in our country long ago, we could have saved more lives of women.”

Scaling NASG to save the lives of more mothers

Through research and advocacy efforts UNICEF is striving to build a global consensus for NASG. Multiple clinical studies note a significant impact that NASG has on reducing maternal mortality at a low cost for programming (on average, US$3 per use).1  WHO recommends it as a temporary measure until substantive medical care is available. NASG is also included in the WHO, UNICEF and UNFPA interagency list of medical devices for essential interventions for reproductive, maternal, newborn and child health.

UNICEF recently added NASG to its Supply Catalogue and is supporting governments to introduce this innovative product, by providing technical guidance and support for its procurement, distribution and implementation.

With UNICEF’s expertise in scaling proven technologies, NASG can reach more mothers, like Emma, to provide the rapid care needed.

At UNICEF, we celebrate mothers all over the world and work with governments to provide mothers and children the life-saving equipment and supplies needed for a healthy start in life.

Working with the private sector and partners to identify, develop and scale fit-for-purpose products that respond to the unmet needs of children. 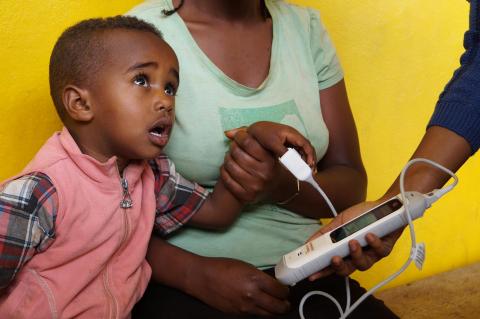 TPPs communicate requirements for products that are not available on the market but that fulfil a priority need. 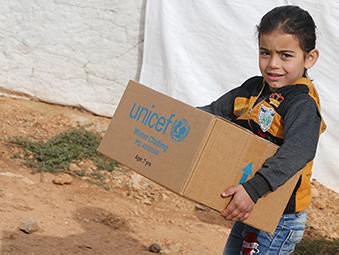 Explore specifications and indicative prices of more than 2,000 products procured by UNICEF.