A Syrian boy’s journey to Germany

Nawwar and his family made the difficult journey from their Syrian home to Germany, with the assistance of some imaginary friends. Find out how he’s doing now that he’s back in school.

BERLIN, Gemany, 2 May 2016 – How does a child deal with a dangerous sea crossing as his family flees the Syrian Arabic Republic in search of a safer life in Europe? For seven-year-old Nawwar, it was a group of imaginary friendly polar bears, floating on ice, that protected his family as they travelled in a crowded raft across the sea from Turkey to Greece.

“We have seen friendly white bears when we were going on the boat,” Nawwar says without equivocation. “The best part of my journey was the white bears.”

In the past year, hundreds of children have drowned on that journey, many of them babies and toddlers. Nawwar and his family were among the lucky ones.

“The most difficult part was sleeping on rocks and climbing up mountains and down mountains – up and down,” Nawwar says. “It was a real hard journey.

A school and a friend

The short version of the story has Nawwar arriving in Berlin three months ago and enrolling in the Nelson Mandela School, a UNESCO international school that defines itself as a miniature United Nations and embraces a diverse student body. Students come from more than 60 countries, and its bilingual curriculum instructs children in both English and German.

“I wasn’t even going to school in Syria,” Nawwar says.

His transition back into classes was made easier by another 7-year-old boy, Alec, who acted as Nawwar’s German translator. The two quickly grew close.

“Alec is a good friend, and I play with him a lot,” Nawwar says. “We play LEGOs and Minecraft.”

“It’s really interesting that he went really far,” Alec says. “He started in Syria, travelled to Turkey, then to Greece, and then to Germany. And he’s learned so much German already. It’s really amazing.”

A top welcome for a top reader

Like many Syrian people, Nawwar learned to speak English as a young child. Even though he had to leave school because of the fighting, his skills in the classroom have impressed Alec.

“I would like to tell you that he’s one of the best readers in our class,” Alec says. “And he’s made a lot of friends so far, and he probably will make many more friends this school year, and he’s just really good in school.

“Everybody is very happy that we have him here.” 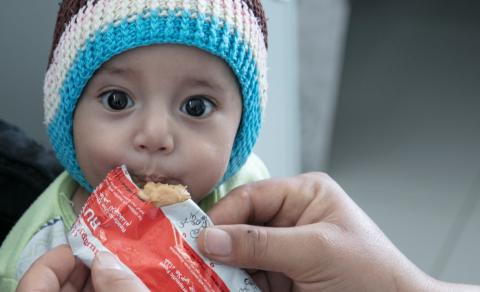