Mobile counselling in Mozambique: “Like talking to my friend”

QUELIMANE, Mozambique, 10 September 2018 – Young people in Mozambique face a number of challenges: The country has some of the highest prevalence rates of HIV in the world, violence affects around 1 in 4 children aged 15–19 and early marriage and teen pregnancy rates are extremely high.

But sensitivities and stigmas surrounding these issues can make talking about them difficult. “I have many questions but I don’t know if I can ask my friends or my parents,” says 18-year-old Salvador. “For them, this would be an insult. It is taboo.”

One place that young people can now turn to is their phones. Starting in October 2015, a digital counselling service called SMS Biz/U-Report started offering a vital lifeline to young people across the country. The text-based system allows young people to sign up anonymously on their cell phones, and then ask anything to trained peer counsellors. It is 100% free and confidential.

Working with a Mozambican youth association Coalizão and with support from UNICEF, UNFPA and the Government, volunteer counsellors are fully trained to respond to hundreds of questions per week.

“This is something I do with love and patience”

Seventeen-year-old Ragia is a volunteer counsellor in the Quelimane hub in the north of the country. For her, the experience is building on a desire to help others that started in her childhood.

“[At age 9] I was already part of groups and associations combatting violence against women and early pregnancy,” she says. “I saw many problems and it really motivated me to do something to help girls.”

Ragia volunteers for four hours a day, six days a week, which she fits in between studying and classes at university. “It’s tiring, but I really want to help people… this is something I do with love and patience,” she says.

The starting point, she says, is simply to provide young people with information. “This information can help reduce early pregnancy, reduce violence at home, stop HIV… This really inspires me, and I want to do well.”

“At first, I sent really provocative questions to see if it was really a person responding,” he says with a laugh. “I quickly realized it was real and I started to get information about contraceptive methods.”

Because they are peers, the young SMS Biz/U-Report counsellors are able to build a trusting relationship with their users.

“The replies are human and friendly,” says Noel. “I was asking questions by saying ‘hey man, what’s up?!’ and they responded in the same way. It’s like talking to my friend.”

For 21-year-old Atija Juma Esmael, the confidentiality helps her open up. “I really feel comfortable asking anything,” she says. “I know whatever I ask, it won’t be passed onto anyone else. I feel very safe using it.”

In many ways, she says, it’s like having a friend with her whenever she needs one. “It’s not only about sexual health, but really anything you worried about as a young person,” she says. “It allows you to speak to someone who doesn’t judge you and can speak to you whenever you need to, wherever you are.”

“We can all work together to learn from each other”

There are around 45 dedicated counsellors in Mozambique answering thousands of questions each week and the platform continues to grow fast. The SMS Biz/U-Report hub in Quelimane is the first space with dedicated counsellors to open outside of the capital Maputo, but with the continued growth, more are likely to develop in other provinces.

With user numbers growing fast, counsellors like Ragia thinks it will become increasingly important to have more young people talking to their peers.

“It’s great to see the SMS Biz/U-Report hub open here and I think it will be good to have this in other provinces,” she says. “People in the provinces know and understand each other, they know the social norms and ways of speaking. We can all work together to learn from each other.”

Learn more about UNICEF's work on innovation for children and young people. 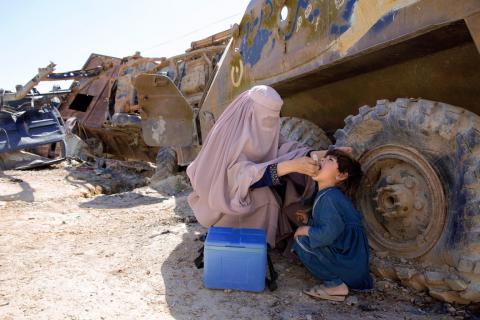 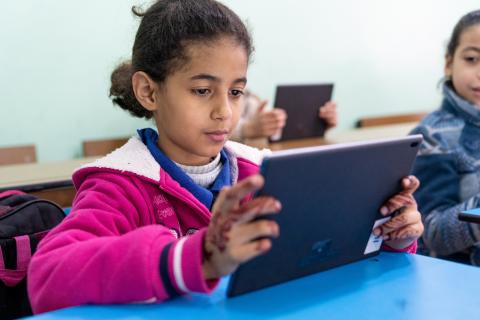 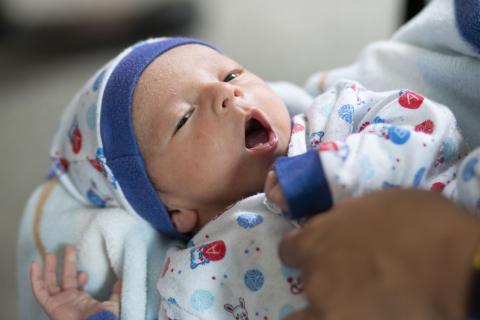 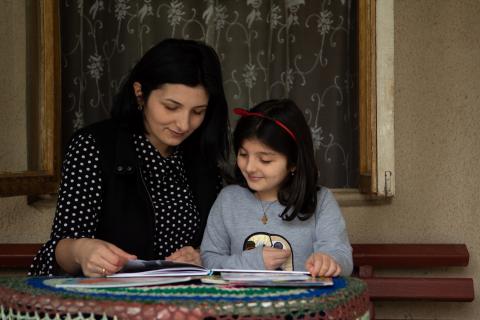