Measles cases are reaching alarming rates across the world.  According to the latest estimates, measles cases more than doubled in 2018 compared to 2017. And while data for 2019 is not yet available, provisional reporting shows that there were 690,000 cases in the first 11 months in 2019 – up more than 200 per cent from the same period last year.

Unvaccinated young children are at highest risk of getting measles and suffering complications, including death.

So what is measles? And why is it making a comeback? Here’s everything you need to know:

Measles is a viral infection of the nose, throat and lungs that spreads when an infected person breathes, coughs or sneezes.

What are the symptoms of measles?

Measles symptoms usually appear 10–12 days after infection. The virus causes fever and a distinctive rash that starts on the face and spreads over the whole body.

How contagious is measles?

Measles is more contagious than Ebola, and lingers in the air and on surfaces for long periods of time. You can catch measles simply by being in the same room as someone infected with measles, even two hours after the person left.

How is measles treated?

There are no specific treatments for measles, only measures to help alleviate the symptoms (such as over-the-counter painkillers and fever reducers).

Getting the measles vaccine is the best way to protect against the virus.

Where are measles outbreaks happening?

Outbreaks are happening all over the world, with some of the largest in the Democratic Republic of Congo, Liberia, Madagascar, Somalia and Ukraine. In 2019, there have been outbreaks in countries with overall high rates of vaccination, and where the disease was previously eliminated. This year, for example, the United States reported its highest number of cases in 25 years, while four countries in Europe – Albania, Czechia, Greece and the United Kingdom – lost their measles elimination status in 2018 following protracted outbreaks.

And in our increasingly connected world, diseases can spread rapidly across borders and oceans. The Center for Disease Control and Prevention partially attributes measles outbreaks in the United States to an increase in the number of unvaccinated travelers who come into contact with infected people abroad, contract the disease, and return home while still contagious. Most measles cases in the United Kingdom are attributed to travel in Europe, and have also been linked to music festivals and other large public events.

In a few words: lowered immunization rates. Because measles is so contagious, a large proportion of the population (95 per cent) needs to be vaccinated to help stop the spread of the disease. Outbreaks occur when vaccination rates dip below this level. This is happening for several reasons, and usually a combination of many factors, including:

Countries or areas that have fewer resources overall are more likely to suffer measles outbreaks. In these cases, the cause of an outbreak can be as simple as parents not living near doctors or health centres that offer the vaccine. More than 95 per cent of deaths from measles are in low income countries with weak health infrastructures.

Countries in the midst of conflict or natural disasters often see spikes in infection rates. When hospitals and health facilities are damaged or destroyed, and when health workers are unable to do their jobs, it interrupts routine vaccination services. And in crowded camps and settlements, diseases like measles can spread rapidly.

A year after the conflict in Yemen broke out in 2015, the rate of measles vaccinations declined sharply. In 2018, the country had one of the highest number of cases of measles in the world.

In Brazil, an economic crisis in neighbouring Venezuela caused an influx of people, many of whom had not been vaccinated. These imported cases, in combination with areas with low vaccination coverage, led to a significant increase in measles cases in Brazil (0 in 2017, over 10,000 in 2018).

Knowledge and communication are essential tools for eradicating diseases. The measles vaccine is extremely safe and effective, and has prevented an estimated 23.2 million deaths from 2000–2018. But some parents need more information on when, where, how and why their child should be vaccinated. They may be unaware of an outbreak, unclear on the importance of vaccines, or uninformed of upcoming vaccination campaigns in their area.

Named one of the 10 greatest health threats of 2019 by the World Health Organization, ‘vaccine hesitancy’ is increasingly cited as a cause behind measles outbreaks. Vaccine hesitancy is a delay in acceptance, or outright refusal of vaccines despite having access to vaccination services. For example, some parents may delay vaccinating their children according to the routine immunization schedule. Others may refuse all or some vaccines. This hesitancy frequently stems from misinformation spread by anti-vaccine groups through the internet and social media.

In countries with high overall rates of vaccination, measles outbreaks often occur in pockets and communities where parents choose not to vaccinate their children.

In Ukraine, vaccine hesitancy is one factor behind the largest measles outbreak in Europe in years.

In the Philippines, confidence in the importance of vaccines plummeted from near 93 per cent in 2015 to 32 per cent in 2018 among suspicions that a new dengue fever vaccine was causing severe complications. The number of measles cases in the country increased more than eight times – from 2,407 to 22,787 cases – between 2017 and 2018.

In 1998, an extensively debunked concern about a link between the measles-mumps-rubella (MMR) vaccine and autism led to lower vaccine coverage in the United Kingdom, causing larger and more frequent measles outbreaks.

Today, measles anywhere is a risk everywhere. Vaccines are the best way to protect our children and communities from this highly contagious disease. 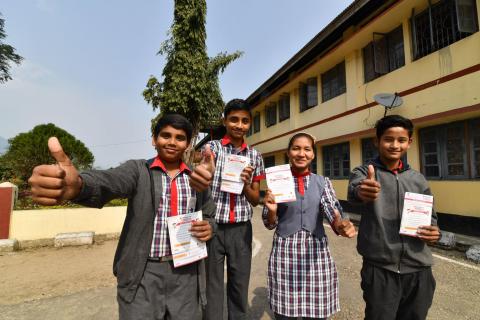 Working to realize the right to immunization for every woman and child, especially the most vulnerable 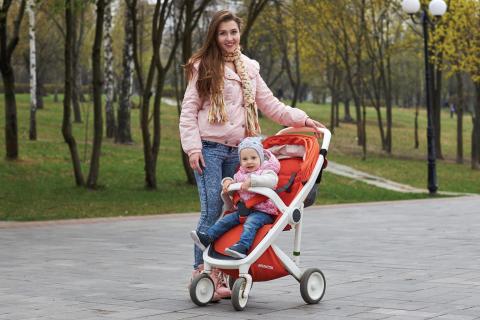 As Ukraine faces one of the world’s worst measles outbreaks, doctors and parents work together to dispel myths about vaccines 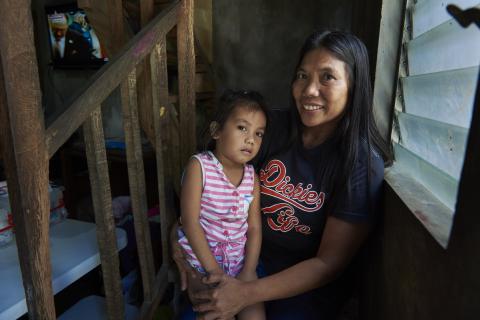 Fighting a measles outbreak in the Philippines