Inside the nurseries caring for children impacted by Ebola

In the Democratic Republic of the Congo, nurseries are providing a safe space for children and babies facing the terrifying prospect of separation from their parents.

BENI, Democratic Republic of the Congo – Collette dances with joy as her five-month-old son Guerrishon reaches out towards her, a smile on his face. The two are separated by a few inches of protective plastic, but just having the chance to see her son has made her day. It’s only the second time she has been able to do so since she was rushed to an Ebola treatment centre in Beni, eastern Democratic Republic of the Congo (DRC).

“I’m so happy to see my child,” Collette exclaims. “I didn’t want to be separated from him, but I knew it was too risky [not to come],” she says of her decision to seek treatment at the centre. Thankfully, she is doing well, and doctors say she’ll be out and able to hold Guerrishon within a week.

As soothing as a song

Guerrishon is in safe hands while his mother recovers. He is being cared for at a UNICEF-supported nursery located next door to the treatment centre. The nursery cares for children until their parents are out of the treatment centre or until an alternative care provider can be found if a parent has died from Ebola. Children are also monitored in case they develop symptoms. It’s a welcoming place, with rooms strewn with toys and walls painted with colourful cartoons.

But this is no ordinary nursery.

Upon entering, all staff must have their hands and shoes disinfected with chlorine, and strict protocols are in place for which staff can come into physical contact with the children. Ebola is highly contagious, transmitted through contact with infected body fluids like sweat, saliva and blood. But the nursery is another reminder that the impact of Ebola on families isn’t just physical. There is a huge emotional toll, too, as probable or confirmed cases are denied the tender touch of loved ones.

Guerrishon is being fed, comforted and played with by Madelaine, an Ebola survivor who is now immune from the disease and who is working as a ‘lullaby’ at the nursery, so called because of their soothing presence.

“He smiles and laughs a lot,” says Madelaine as she affectionately wipes his mouth. “I want this baby to feel healthy and loved so he doesn’t miss his mother,” she says. “I want to give Guerrishon the same care his mother would.”

“I’m proud of the work I do,” says Solange Kamuha, a psychologist at the nursery who develops strong bonds with the children she cares for. “I feel emotional when children leave.”

Solange’s work includes helping reunite families with children who have survived Ebola. It is a sensitive process, as children associated with Ebola are often stigmatized once they return to their communities. In cases where both a child’s parents have died, Solange often acts a mediator in decisions involving whether the child goes to the father’s or mother’s side of the family.

The nursery in Beni, opened in November 2018, was the first of its kind. Almost a year later, more than 375 children have passed through its doors. Eight other nurseries are located next to Ebola treatment centres across the DRC together caring for thousands of children while parents recover or adoptive families are found.

As the number of confirmed Ebola cases in the country has approached 3,000, the care provided by the ‘lullabies’ at nurseries like the one in Beni are providing a vital psychological lifeline for children like Guerrishon, who, despite their extraordinary circumstances, need the same hugs, love and care as any other baby. 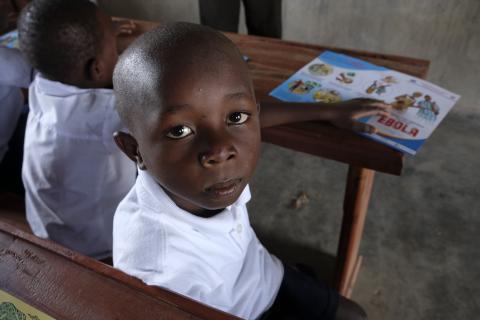 The Ebola virus is relentless and devastating. UNICEF and partners are continuing to ramp up their response 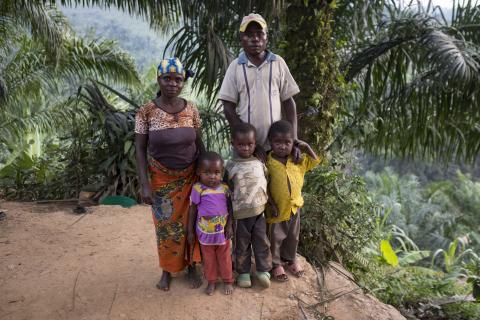 Fighting back against Ebola, one person at a time

Ebola thrives among chaos, conflict and poverty. But as the crisis continues, communities are showing there’s also reason for hope 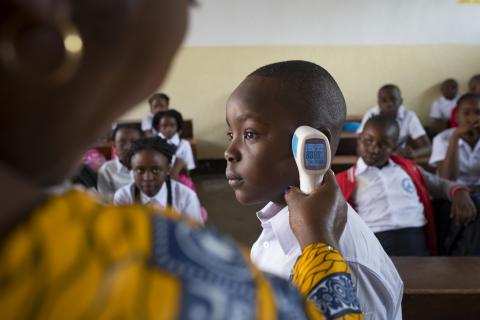