Antiguans and Barbudans unite to recover from Hurricane Irma’s destruction

As Barbudans relocate to Antigua, their compatriots are supporting them with clothes, food and shelter

Hurricane Irma hit Barbuda one week ago, leaving a trail of destruction in its wake. The majority of Barbudans have left the island for Antigua, where their compatriots are supporting them with clothes, food and shelter.

ST JOHN’S, Antigua, 13 September 2017 – When Miranda finally ventured outside the morning after Hurricane Irma hit Barbuda, she was met with a scene of absolute devastation. All around her were the remnants of the homes of her friends and families, scattered like litter by the vicious winds and rains that battered the Caribbean island. “I can’t describe it,” she said. “It was completely overwhelming.”

With another huge storm potentially on the horizon, she made the decision to leave the fragments of her home and evacuate to Antigua with her two daughters.

The hurricane was the strongest ever recorded in the Atlantic. Barbuda, famous for its pink sand beaches, suffered extensive damage and the death of a two-year-old boy, according to the media. Over 90 per cent of the island’s buildings were hit, with homes, schools, the island’s only hospital, and infrastructure either destroyed or severely damaged.

Philmore Mullin, the Director of the National Office of Disaster Services in Antigua and Barbuda, described the damage to Barbuda as “by far the worst” he had seen in his quarter century working on disaster response.

The situation could have been even worse. In the days following Hurricane Irma, there was a strong possibility that Hurricane Jose, a category four Hurricane which looked likely to follow Irma’s path, could have hit the already-devastated island.

Officials moved quickly and evacuated the vast majority of the almost 2,000 residents to Antigua, most of whom had been left homeless by the first storm.

Thankfully, Hurricane Jose changed course from its projected path, and passed north of the island, but it is unlikely that families will be able to return to Barbuda in the next three to six months.

Helping those in need

Antiguans have rallied around their compatriots in support, with church and community groups volunteering at the shelters hosting displaced Barbudan families.

At the National Technical Training Centre, among those helping the families affected were Bella, 6, and Andre, 12. They helped with sorting and folding donated clothes, cleaning and tidying the communal areas and distributing food and supplies.

“I wanted to volunteer with my grandma,” Bella said. “If the children can’t come here they’d have nowhere to go and another storm could come.”

“I wanted to help as if the same thing happened to me, and I lost my house, I hope that others would help me,” said Andre.

UNICEF was able to pre-position supplies in Barbados and Antigua to reach children and families affected once the worst of the storm had passed. In partnership with the government, UNICEF is providing support including safe water and hygiene kits. UNICEF will also be supporting educational activities and psychosocial support for children displaced by the storm. 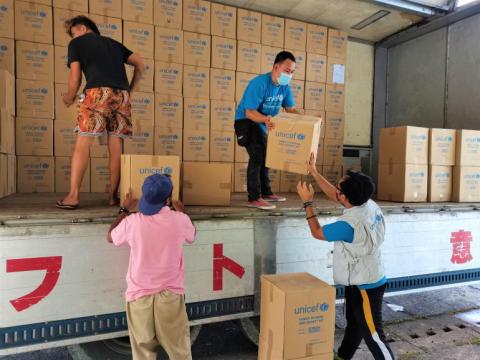 UNICEF Statement on the Reimplementation of Migrant Protection Protocols, ‘Remain in Mexico Policy’ 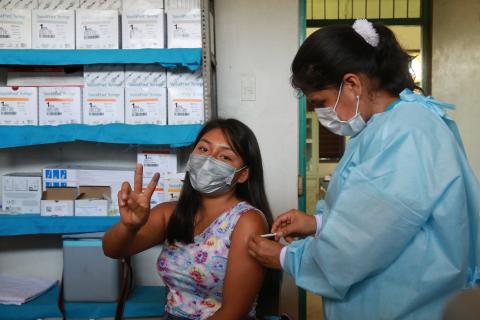