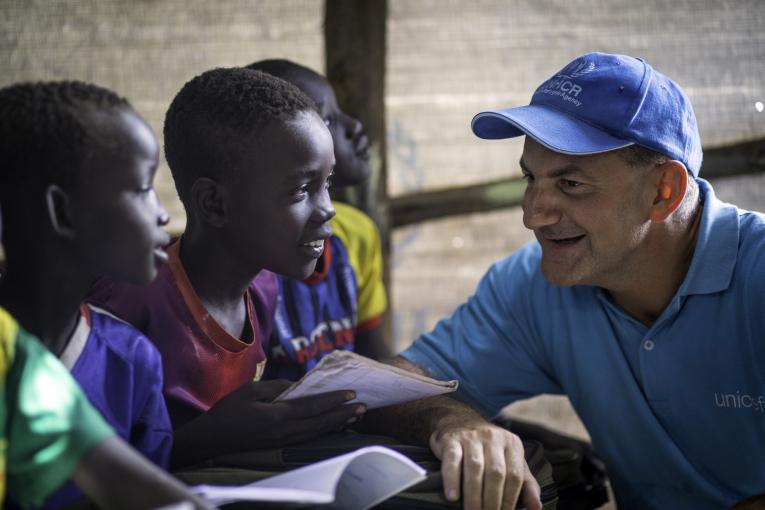 UNICEF/UNI170605/Ose
In 2014, Peter Salama, in his then role as Country Representative of UNICEF Ethiopia, visits a makeshift school at Kule Camp in Gambella region of Ethiopia

NEW YORK, 24 January 2020 – “The entire UNICEF family is deeply saddened by the sudden death of Dr. Peter Salama from a heart attack in Geneva.

“Pete was a tireless advocate for children, a committed humanitarian and a highly respected professional.

“He was an inspiring and caring leader across a number of roles within UNICEF, as Chief of Health and Nutrition in Afghanistan, as Representative in Ethiopia and Zimbabwe, as Regional Director for the Middle East and North Africa in Jordan, as Global Chief of Health and HIV and as Global Ebola Coordinator in New York.

“All of us who had the privilege of working with Pete knew that he embodied the spirit of UNICEF like few others.

“Our most heartfelt condolences to his wife, his three children and all his friends and colleagues around the world. He will be sorely missed.”