Over 1,000 children injured since 30 March – health facilities unable to cope 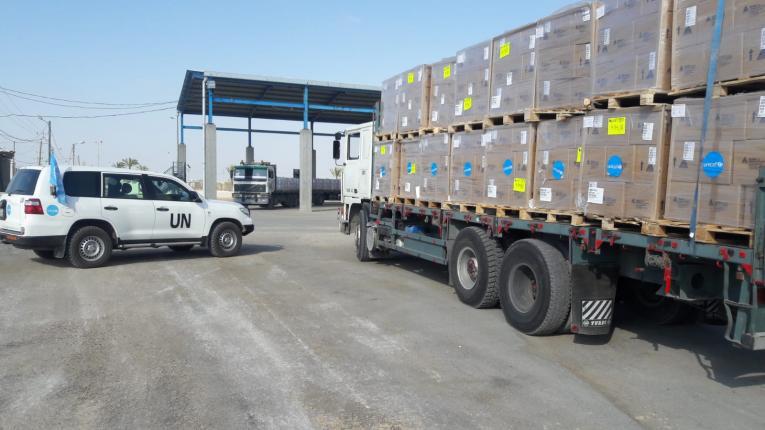 EAST JERUSALEM, 16 May 2018 – UNICEF and partners have delivered two truck-loads of urgently needed medical supplies to the Gaza Strip – enough to meet the needs of an estimated 70,000 people. The drugs and medical equipment include antibiotics, saline solution and syringes for the treatment of injuries.

Since 30 March 2018, over 1,000 children have been injured in violence in the Gaza Strip. Many of these injuries are severe and potentially life-altering, including some resulting in amputations.

Recent violence has exacerbated the already weak health system in the Gaza Strip, which is crumbling because of severe power cuts and shortages of fuel, medicine and equipment. Medical facilities are buckling under the strain of additional casualties injured in the recent violence, many with complex and life-threatening injuries.

The intensifying violence has worsened the plight of children whose lives have already been unbearably difficult for many years.

Children should be protected, and not targeted, used in violence or put in risky situations. As tensions rise across the State of Palestine, UNICEF calls on all actors to put in place specific measures to keep children out of harm’s way and avoid child casualties.

On the situation of children in the State of Palestine: