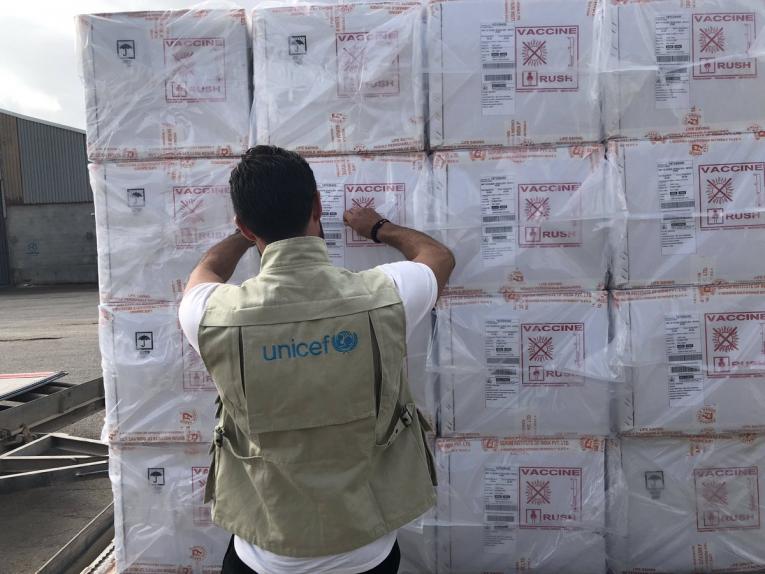 UNICEF Libya
A UNICEF-chartered plane arrives at Mitiga airport, Tripoli, Libya, on the 25 October 2018, completing the delivery of a total 4.7 million doses of Measles, Rubella and Polio vaccines, as well as 2.75 million doses of Vitamin ‘A’ supplement, syringes and safety boxes.

TRIPOLI, 25 October 2018 – The third UNICEF-chartered plane has arrived at Mitiga airport, Tripoli, completing the delivery of a total 4.7 million doses of Measles, Rubella and Polio vaccines, as well as 2.75 million doses of Vitamin ‘A’ supplement, syringes and safety boxes. These supplies will be essential in Libya’s National Vaccination Campaign run in coordination with the World Health Organization [WHO] taking place at the end of November, which aims to protect some 2.75 million children at risk of vaccine-preventable diseases.

The current protracted conflict in Libya has resulted in damage to health infrastructure, disruption of public health services and access to basic health care. Limited investment in the health system has severely affected childhood vaccination, among other essential programmes.

Compounded by the desperate situation of migrants using Libya as a transit point, many of whom have not received immunizations in their country of origin or missed the required dose in Libya, routine immunization services in Libya have not been sufficient. Evidence shows that a number of boys and girls, particularly among the migrant communities and those living in hard-to-reach and conflict-affected areas of the country, have not been vaccinated.

“Deadly diseases such as measles don’t discriminate. They can hit any vulnerable child, anywhere. We are working closely with the Libyan authorities to ensure that the lifesaving vaccines are available across the country, including in hard to reach areas. Being vaccinated is every child’s right”, said Abdel-Rahman Ghandour, UNICEF Special Representative to Libya.

“The recent Measles outbreak and the existing risk of importation of poliovirus makes it very important to increase the immunity of the children against these diseases. WHO and UNICEF joining hands in conducting a national campaign for Measles and Polio is the most strategic approach to pre-empt major outbreaks as well as targeting migrant children”, said Dr Syed Jaffar Hussein, WHO Representative and Head of Mission, Libya.

UNICEF, WHO and the United Nations Central Emergency Response Fund (CERF) have allocated US$5.0 million to conduct a nationwide measles outbreak response immunization, vaccination against polio and vitamin A supplementation. The campaign will be run in partnership with the Ministry of Health – Center for National Disease Control, WHO, IOM and UNHCR.

The vaccines delivered through Mitiga airport include: 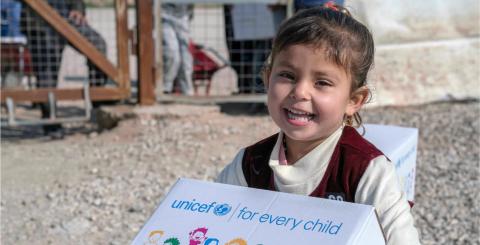 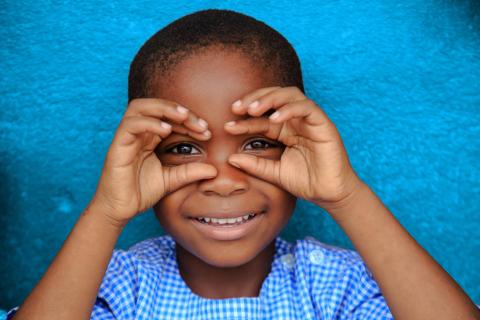