For third time this year, hundreds of children released by armed groups in South Sudan - UNICEF

More than 800 children released since start of 2018 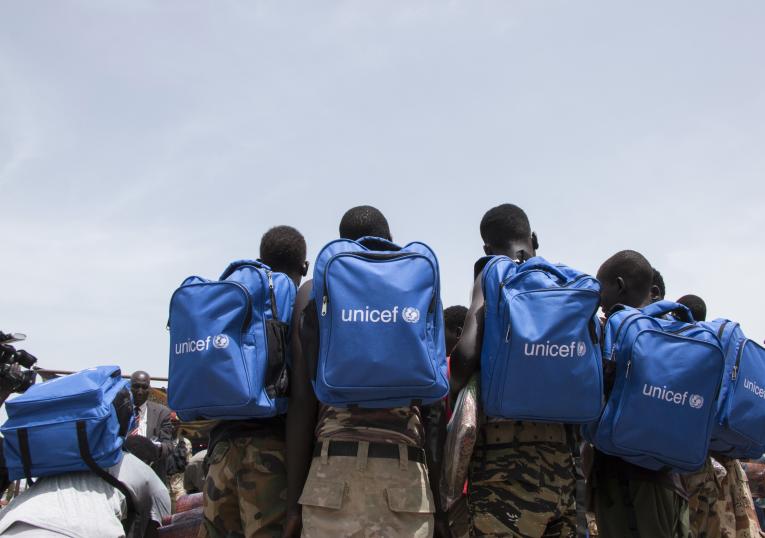 PIBOR, South Sudan, 18 May 2018 – More than 200 children were released by armed groups in South Sudan on Thursday.

It was the third such ceremony to take place since the beginning of the year and brings the total number of children released in 2018 to 806. Additional releases are expected in the coming months that could result in more than 1,000 children being freed.

“Every a time a child is released and able to return to their family, it’s a source of great hope - hope for their future and for the future of the country,” said Mahimbo Mdoe, UNICEF’s Representative in South Sudan. “We also hope there will be many more of these events until there are no longer any children in the ranks of armed groups."

During the ceremony, the children were formally disarmed and provided with civilian clothes. Medical screenings will now be carried out, and they will receive counselling and psychosocial support as part of the reintegration programme, which is implemented by UNICEF and partners.

Once reunited, the children and their families will be provided with three months’ worth of food assistance to support their initial reintegration. They will also be provided with vocational training aimed at improving household income and food security. UNICEF and partners will also ensure the released children have access to age-specific education services.

Previous ceremonies took place in February and April in the town of Yambio in the south of the country where 348 and 248 children were released.

“Today is the start of the long journey of reintegration for these children and they will need a lot of support along the way,” said UNICEF’s Mdoe.

The 210 children released today included three girls and largely came from the opposition group the SPLA-IO, with eight having been associated with the National Salvation Front (NSF).

An estimated 19,000 children continue to serve in the ranks of armed forces and groups in South Sudan. UNICEF urges all parties to the conflict to end the recruitment of children and to release all children in their ranks. 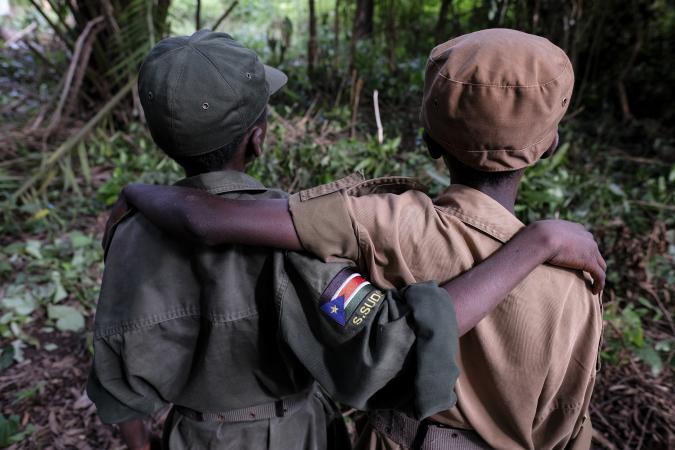 FILE PHOTO: On 17 April 2018 in Yambio, South Sudan, Ganiko*, 12, and Jackson*, 13, stand during a ceremony to release children from the ranks of armed groups and start a process of reintegration. Jackson and Ganiko were best friends when they served together with the armed group. (Names changed)