SANA’A, Yemen, 9 August 2016 – “Four children were reportedly killed and three were injured on 7 August in the Nihm District, east of the Yemeni Capital, Sana’a.

UNICEF deplores such acts and urges all parties to exercise maximum caution and avoid civilian infrastructure.

“Children are paying the heaviest price of the conflict in Yemen.

"Since the escalation of the conflict in March 2015, UNICEF was able to verify that 1,121 children were killed and another 1,650 were injured. The actual numbers are likely to be much higher.

“UNICEF urges all parties to the conflict in Yemen to adhere to International Humanitarian Law and keep children out of harm’s way.” 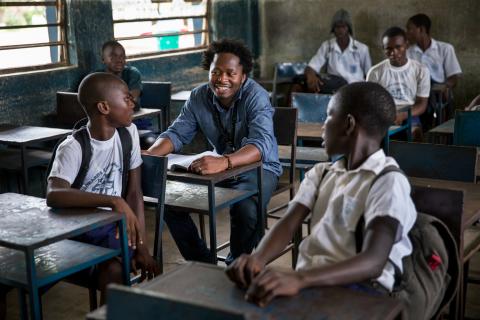 100 days on from Beirut explosions, children and families affected remain in need of sustained support – UNICEF