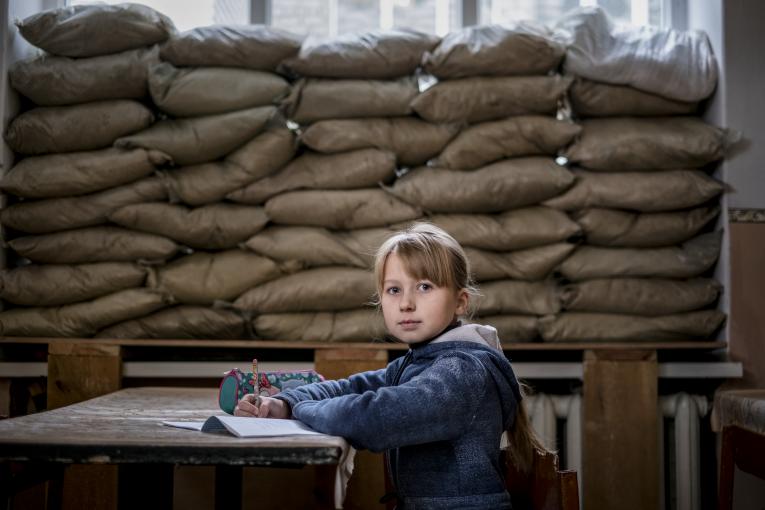 GENEVA, 4 May 2018 – More than four years of conflict in eastern Ukraine have taken a devastating toll on the education system, destroying and damaging hundreds of schools and forcing 200,000 girls and boys to learn in militarized environments, amid volatile fighting and dangers due to unexploded weapons of war, UNICEF said today.

“Children are learning in schools with bullet holes in the walls and sandbags in windows, bomb shelters in the basements and shrapnel in school yards,” said UNICEF Ukraine Representative Giovanna Barberis. “The education system in eastern Ukraine has been in the crossfire for more than four years. All sides of the conflict must respect international humanitarian law and ensure that schools are safe places for children to learn.”

Children face dangers due to the proximity of military sites, such as bases, storage facilities and security check points, to schools and kindergartens along both sides of eastern Ukraine’s contact line. The contact line divides Government and Non-Government-controlled areas, and is where fighting is most severe.

UNICEF and partners have monitored at least eight instances where military and armed groups’ sites are within 500 meters from a kindergarten or school, and two separate locations where schools and these sites are only a few meters apart. Since the beginning of the current school year, UNICEF has monitored six former school buildings that have been occupied or used by military or armed groups.

At least 45 schools have been damaged or destroyed over the last 16 months. This is in addition to more than 700 schools damaged since the conflict began.

Principal Elena Mihatskaya’s Secondary School Number #2, in the town of Krasnohorivka, has been shut down since last May after it was hit by a shell that caused massive damage to the roof and multiple classrooms.
“The children are extremely nervous of shelling and teachers try to calm them down, but it’s hard for them,” she said.  “It’s hard for kids to cope because they are nervous and stressed.

This year, UNICEF has appealed for US $23.6 million to provide urgent humanitarian assistance to children and families affected by the conflict in eastern Ukraine.  To date, less than 15 per cent of this appeal has been met. 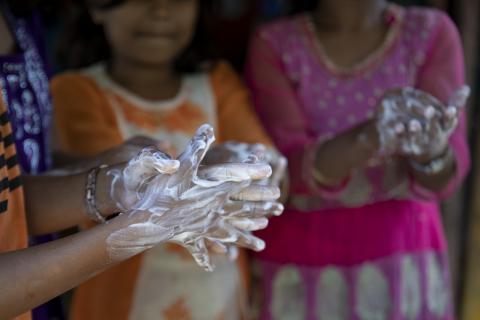 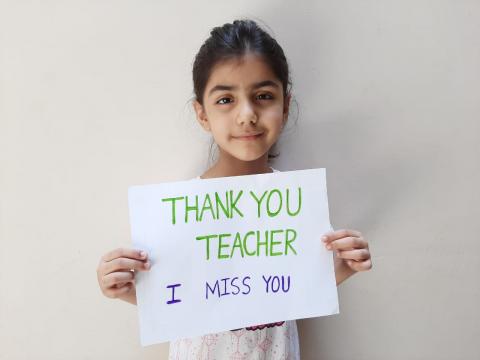 Children around the world thank teachers for helping them keep learning before, during and after COVID-19 school closures 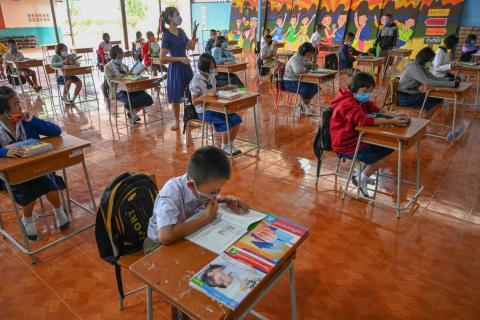 As classrooms for half the world’s schoolchildren remain closed, UNICEF and EU urge countries to prioritize schools in re-opening plans 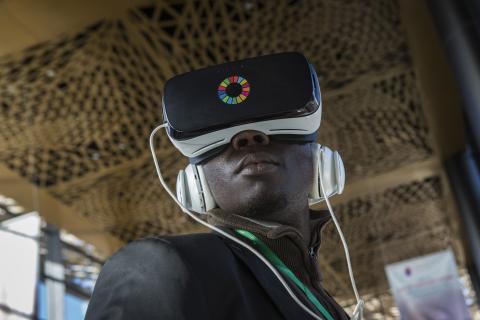