“Running Dry”: unprecedented scale and impact of water scarcity in the Middle East and North Africa

As we mark World Water Week, 90 per cent of children in MENA live in areas of high-water stress with serious consequences on their health, nutrition and development. 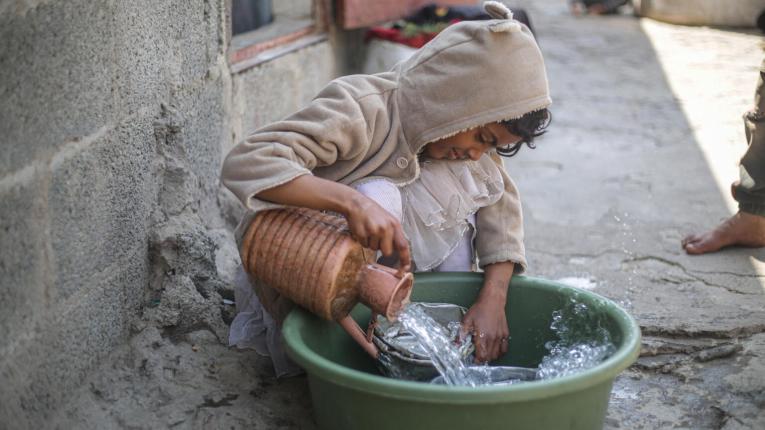 UNICEF/UN0462462/Gabree
Sara, 14 years old, a child of a displaced family in the IDP camp in Ibb, Yemen, washes the dishes after the water became available thanks to the rehabilitation of the well with UNICEF support in 2021.

AMMAN, 22 August 2021 – Nearly 9 out 10 children in the Middle East and North Africa (MENA) live in areas of high or extremely high-water stress with serious consequences on their health, nutrition, cognitive development and future livelihoods. The MENA region is reported to be the most water scarce region in the world. Out of the 17 most water-stressed countries in the world, 11[1] are in the MENA region. Nearly 66 million people in the region lack basic sanitation and very low proportions of wastewater are adequately treated according to a new UNICEF report titled ‘Running Dry: the impact of water scarcity on children in the Middle East and North Africa’.

The report, released on World Water Week, highlights key drivers behind water scarcity in MENA, including rising agricultural demand and the expansion of irrigated land using aquifers. While globally, agriculture accounts for an average of 70 per cent of water use, it is more than 80 per cent in the MENA region. Additional factors contributing to water scarcity include conflict especially in Syria, Yemen and Sudan, migration of people from rural to urban areas, population growth, poor water management, deteriorating water infrastructure, and issues with  governance.

“Water Scarcity is having a profound impact on children and families, starting with their health and nutrition. Water scarcity is also increasingly becoming a driver for conflicts and displacement.” said Bertrand Bainvel, UNICEF Deputy Regional Director for the Middle East and North Africa. “Within this context, it is even more unacceptable that those fighting in conflicts target water infrastructure.  Attacks on water infrastructure must stop,” he added.

While not the sole reason for water scarcity, climate change results in less rain for agriculture and the deterioration of the quality of fresh water reserves due to the movement of saline water into freshwater aquifers and increased pollution concentrations.

“In many countries of the region, children are increasingly having to walk long distance just to fetch water instead of spending that time at school or with their friends playing and learning,” said Chris Cormency, UNICEF WASH Regional Advisor for the Middle East and North Africa.

UNICEF will continue to support local partners, governments, the civil society, and the private sector to address the vulnerability of water resources in the Middle East and North Africa, including to: 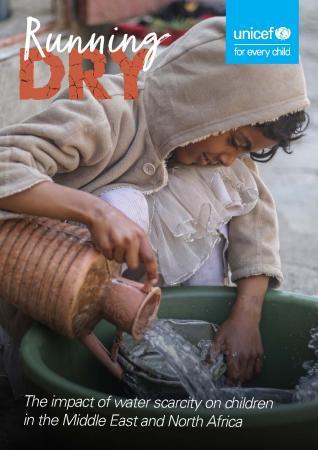 Sara, 14 years old, a child of a displaced family in the IDP camp in Ibb, Yemen, washes the dishes after the water became available thanks to the rehabilitation of the well with UNICEF support in 2021.
Read the report here. 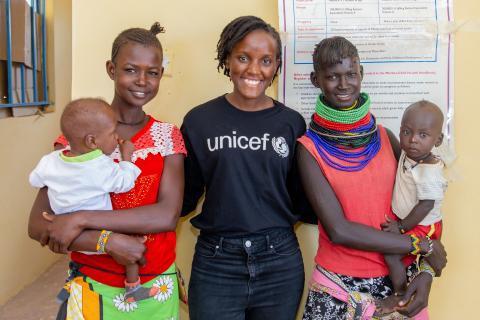